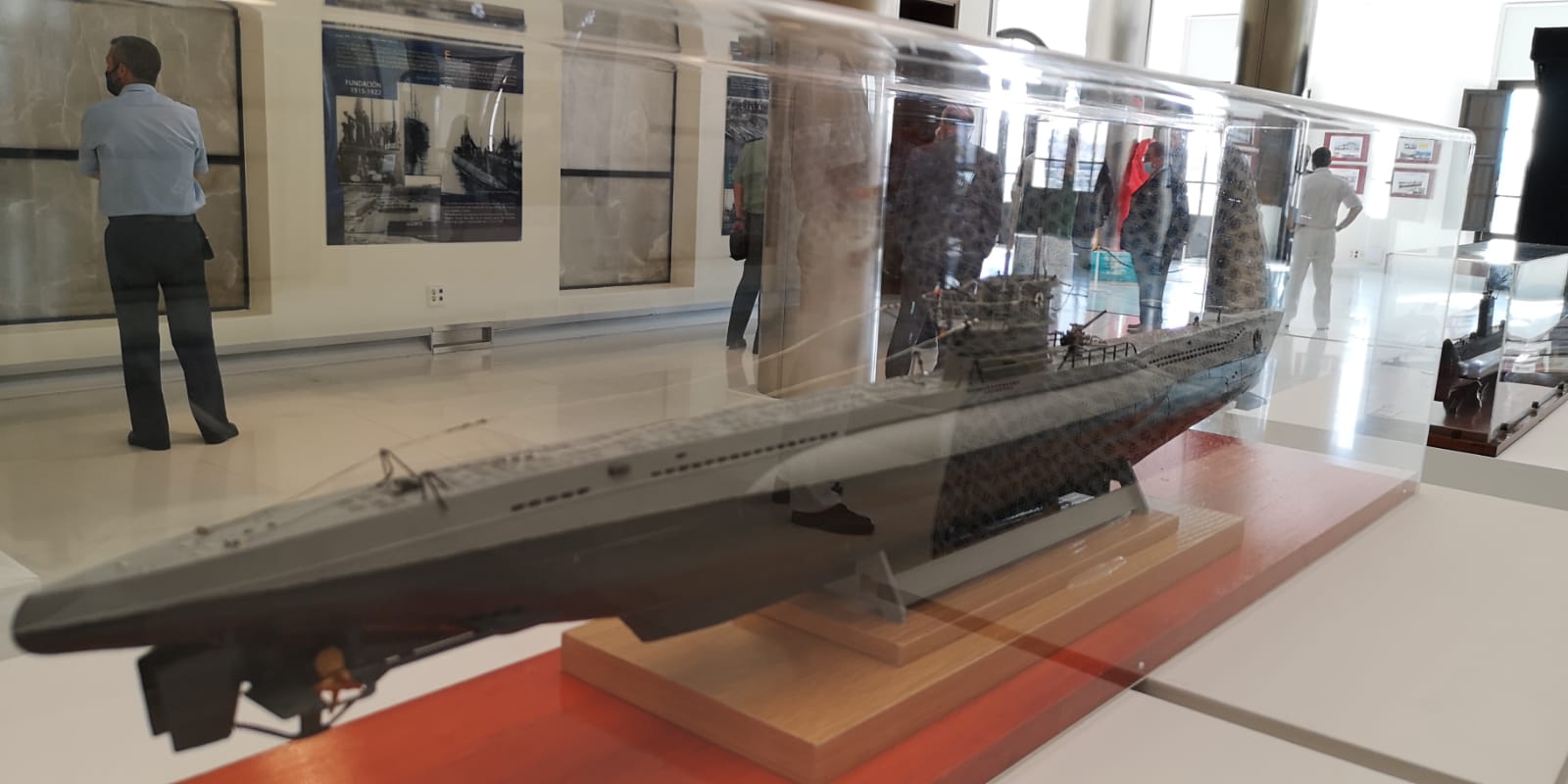 The exhibition has been organised by the Naval Command of Valencia and Castellón, with the collaboration of the Subdelegation of Defence in Valencia, the Port Authority of Valencia and the Navy’s Submarine Flotilla, who have provided the funds for the exhibition

València, June 17th, 2021.- Getting to know how a sonar works and the sounds it produces, seeing the models of different submarines to observe their interiors or checking out life on board these icons of the sea were some of the experiences enjoyed by the visitors who came to the Clock Building in the Port of Valencia to visit the exhibition “More than 100 years of the Submarine Weapon”. An exhibition that has aroused the curiosity of 800 Valencians who have explored the evolution of the submarine thanks to the panels and explanatory pictures about its history, have seen how they are inside with the reproductions of the G7 models or the S60 and S70 classes, have been immersed in life on board with the videos projected in the exhibition or have contemplated the work of the Murcian painter Jaime González Aledo with six paintings with the theme of the Spanish submarine.

The exhibition has been organised by the Naval Command of Valencia and Castellón, with the collaboration of the Delegation of Defence in Valencia, the Port Authority of Valencia and the Navy’s Submarine Flotilla, who have provided the funds which will be returned to the museum in Cartagena. “More than 100 years of the Submarine Weapon” has remained in the Clock Building from 9 to 14 June, with an influx of 800 people, and days like Sunday, where more than 300 visitors were registered.

Captain Alfredo Cordón, Naval Commander of Valencia and Castellón, emphasised that “the exhibition has aroused the interest of the visitors who have been able to learn first-hand about the history of more than 100 years of the Submarine Weapon, our missions and life on board a Spanish submarine. We have had a sonar simulator for them to understand how a submarine is positioned and navigates without seeing anything, but listening to the sounds that surround it. An experience that has impressed the hundreds of visitors who have visited the exhibition”.

A cultural centre at the service of Valencia

In recent years, the Clock Building has been developing a wide range of exhibitions, mainly on themes related to port activity, which have attracted a large number of visitors. Thus, at the beginning of the year it hosted an exhibition-homage to Peridis, which was visited by nearly 7,000 people who got to know the graphic humour of the multifaceted illustrator through more than 80 cartoons representative of his extensive work. In addition, the “Casal del Port” paid tribute to two other leading figures of graphic humour in Spain: Forges and Ortifus, which were enjoyed by 12,000 and 10,500 visitors, respectively.

Recently, the Clock Building hosted the exhibition “Imágenes Imborrables” (Indelible Images), on the Valencian society’s view of Covid-19 and created thanks to the photographs sent in by the public, which was visited in person and virtually by more than 7,000 people. An example of commitment among the citizens who live closely the port reality of Valencia, Sagunto and Gandia; who sent for that event more than 2,000 photographs taken by the neighbours of the municipalities related to the Valencian ports.