Within the organisational structure of the Port Authority of Valencia, we can highlight the following:

Board of Directors
Board's Executive Committees

In 2004 the Board of Directors of the Port Authority of Valencia agreed to constitute the following Executive Committees:

The Executive Committee for Economic and Financial Affairs, the general aim is to advise the port authority´s governing bodies on all issues that may be directly or indirectly related to economic and financial matters within the organisation.

Issues that may be placed before the Committee for deliberation usually include the following items:

This Committee is composed of the following members:

The Executive Committee for Monitoring Strategic Planning the general aim is to advice the port authority’s governing bodies on any issue that may be directly or indirectly related to its Strategic Plan. This Committee is asisted in this by methodology and management control instruments inherent to the implementation and monitoring of the PAV Strategic Plan, such as the Balanced Scorecard and the PAV Business Plan. The Committee is responsible for analysing and discussing the measures it considers necessary to improve the implementation of the Strategic Plan and for informing and making suggestions to the Board of Directors and its Chairman on these measures.

This Committee is composed of the following members:

The general aim of the Executive Committee for the Promotion of Territorial Integration is to advise the PAV’s governing bodies on any issue that may be directly or indirectly related to:

a/.- The needs of PAV ports, as tools for foreign trade, in terms of promoting and improving their land connectivity. In turn, this is linked to the objective to extend the ports’ area of influence and boost their capacity to concentrate goods and passenger traffic, not only at regional and national level, but also to provide a coherent response to the challenges facing them in consolidating their position as major nodes for shipping transit, goods distribution and the movement of passengers in southern Europe and the western Mediterranean, given their privileged strategic location.

b/.- The sustainable impact of the service areas of the Port Authority of Valencia’s ports in their outreach on the surrounding territories, as determining factors for territorial, urban and port planning, not only in their respective waterfront areas and interfaces with neighbouring districts, but also taking into account the access routes that port facilities require to ensure they are connected to public land transport networks.

This Committee is made up of the following members:

Shipping and Port Councils of the Ports of Valencia, Sagunto and Gandía are advisory bodies that provide information and assistance to the Harbourmaster and the Chairman of the Port Authority of Valencia, created under the terms sset out in article 34 of the TRLPEMM (formerly article 44 of Spanish Law 27/1992 of 24th November, on State-Owned Ports and the Merchant Navy). 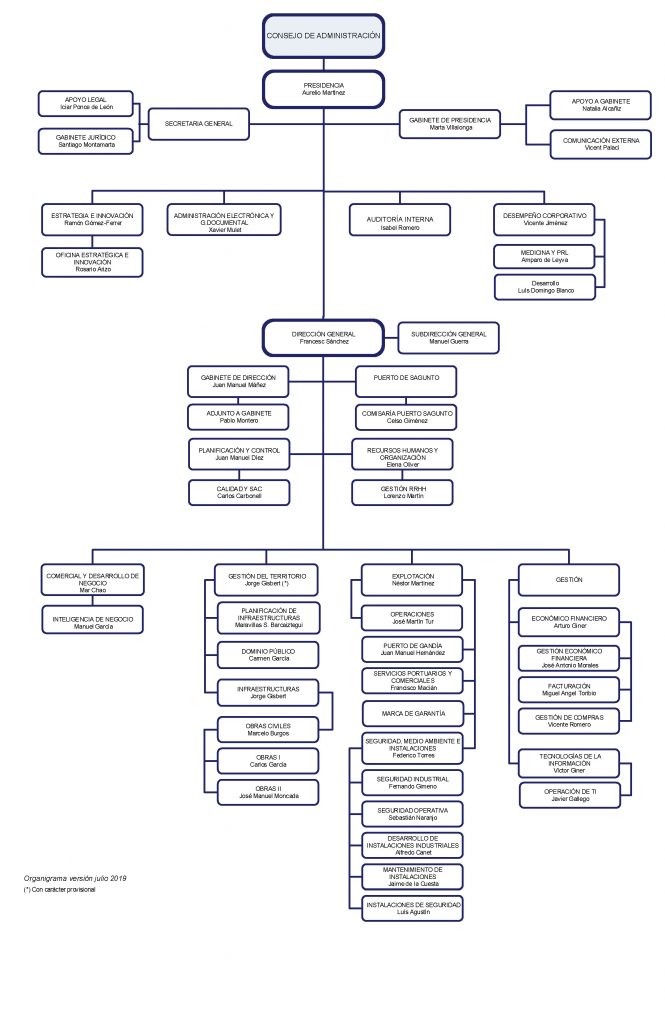