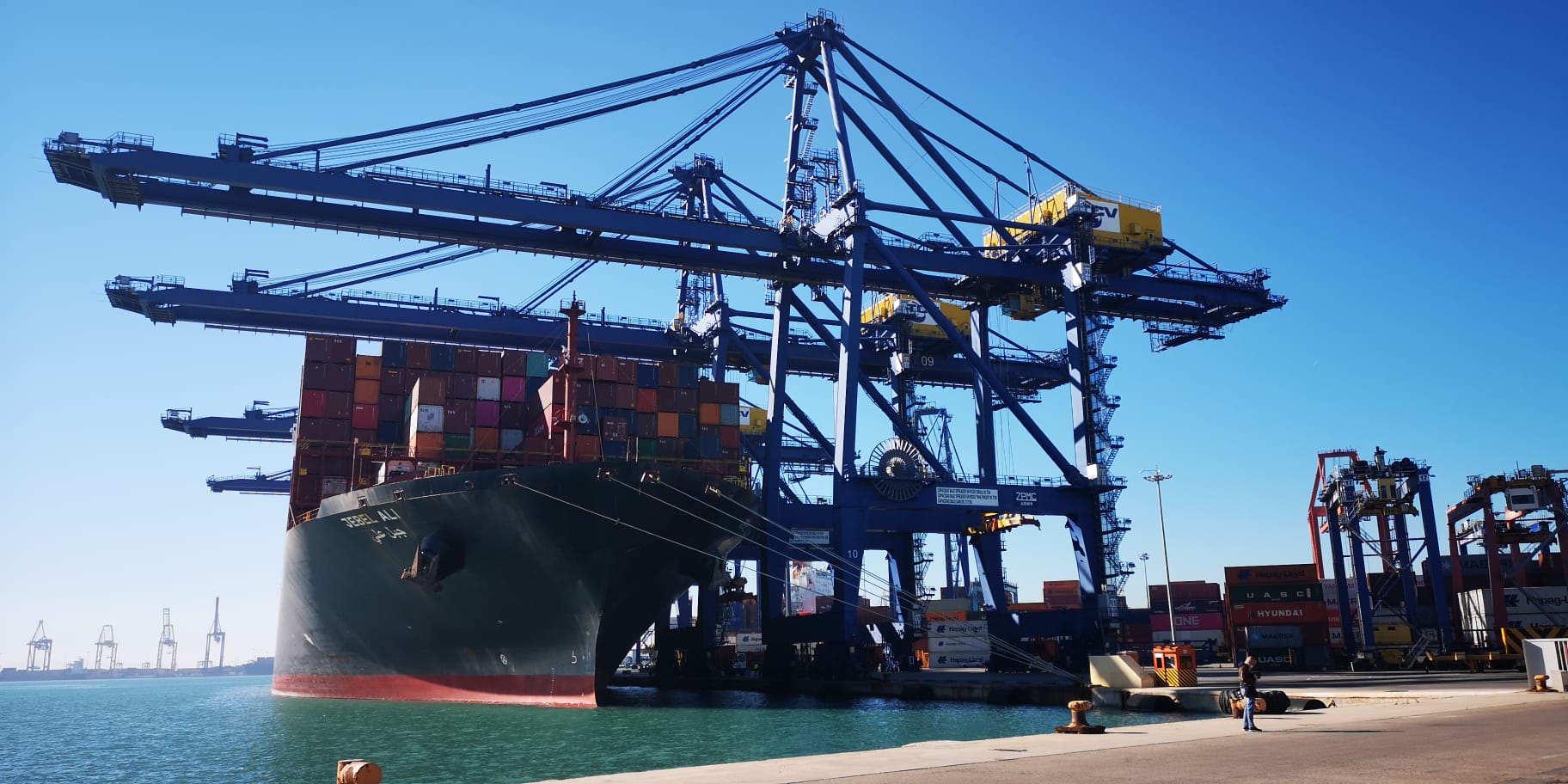 Total freight traffic in May grew by 7.8% thanks to the boost in solid and liquid bulk cargo

Containers full of cargo (export) grew slightly by 0.55% and broke the negative trend of recent months and those full of unloading (import) increased by 14.75%. On the other hand, transit full containers fell by 7.4%

In the year-to-date (January-May), the economic situation still shows a negative result both in total freight traffic with a decrease of 1.34% and TEUs with a drop of 6.31%

During this time, 246,362 units of automobiles were mobilised under the goods regime, a 6.2% increase

The biggest fall in year-on-year terms was in transit full container loads with a decrease of 9.91% (260,000 fewer containers), due to diversion to other destinations due to peaks of congestion in the Port of Valencia

By sectors, all those dedicated to exports fell, while imports of natural gas tripled compared to the first five months of 2021

By countries, the United States and Italy lead total goods traffic, with increases of 22.36% and 4.22% respectively. By containers, China continues to be the main partner despite falling by 7.43%

València, June 21st, 2022.- The current economic and geopolitical situation is reflected in the fluctuations in the data of the Valencia Port Authority’s Statistical Bulletin. Thus, according to the latest report for the month of May, there is a slight recovery in the number of containers full of cargo (export) in this month (+0.55%) compared to May 2021, breaking the negative trend of recent months. On the other hand, full unloading containers (import) continue with the positive evolution by increasing by 14.75%, while full containers dedicated to transhipment fell by 7.4%, and empty containers (highly demanded, especially by Valencian export companies) rose by 6.87%.

A trend that is also reflected in year-on-year terms (Jun21-May22 compared to the same data for the previous year), where a 0.31% increase in total goods is seen, reaching 84.41 million tonnes. With regard to containers, the total figure mobilised in these 12 months was 5,457,635, which represents a decrease of 2.81% compared to the same period. Full containers fell by 3.46%, of which 1,037,058 were mobilised for export (-0.53%) while import containers amounted to 865,876 (+15%). On the other hand, those for transit fell by 9.91%, 260,000 containers less than in the previous twelve months. This decrease in transhipment due to peaks of congestion in the Port of Valencia for reasons such as the transport stoppage or storms, has meant that traffic has been diverted to other destinations.

Data by goods and countries

Data from the PAV Statistical Bulletin indicates that ro-ro traffic (system by which a vessel transports cargo on wheels) in the first five months of the year amounted to 5,363,737 tonnes, 2.96% more than in the same period of 2021. During this time, 246,362 units of cars were mobilised as freight, up 6.2%. In terms of passenger traffic, a total of 325,403 people have moved (including regular lines and cruises), 170% more.

The economic activity of the sectors operating in Valenciaport continues to be marked by the world crisis in the energy sector, the war in Ukraine, the price of fuel, the increase in the cost of energy and the scarcity of raw materials. This is reflected in the foreign sales of all the industries that use the docks of the València, Sagunto and Gandia enclosures, with generalised decreases, although more moderate than in previous months, in all of them such as vehicles and transport elements (-2.94%), agri-foodstuffs (-10.95%), construction materials (-7.44%), chemical products (-13.22%) and other goods (-17%). On the other hand, imports grew, especially natural gas arriving at the Port of Sagunto, which between January and May amounted to 1,548,375 tonnes, an increase of 190%.