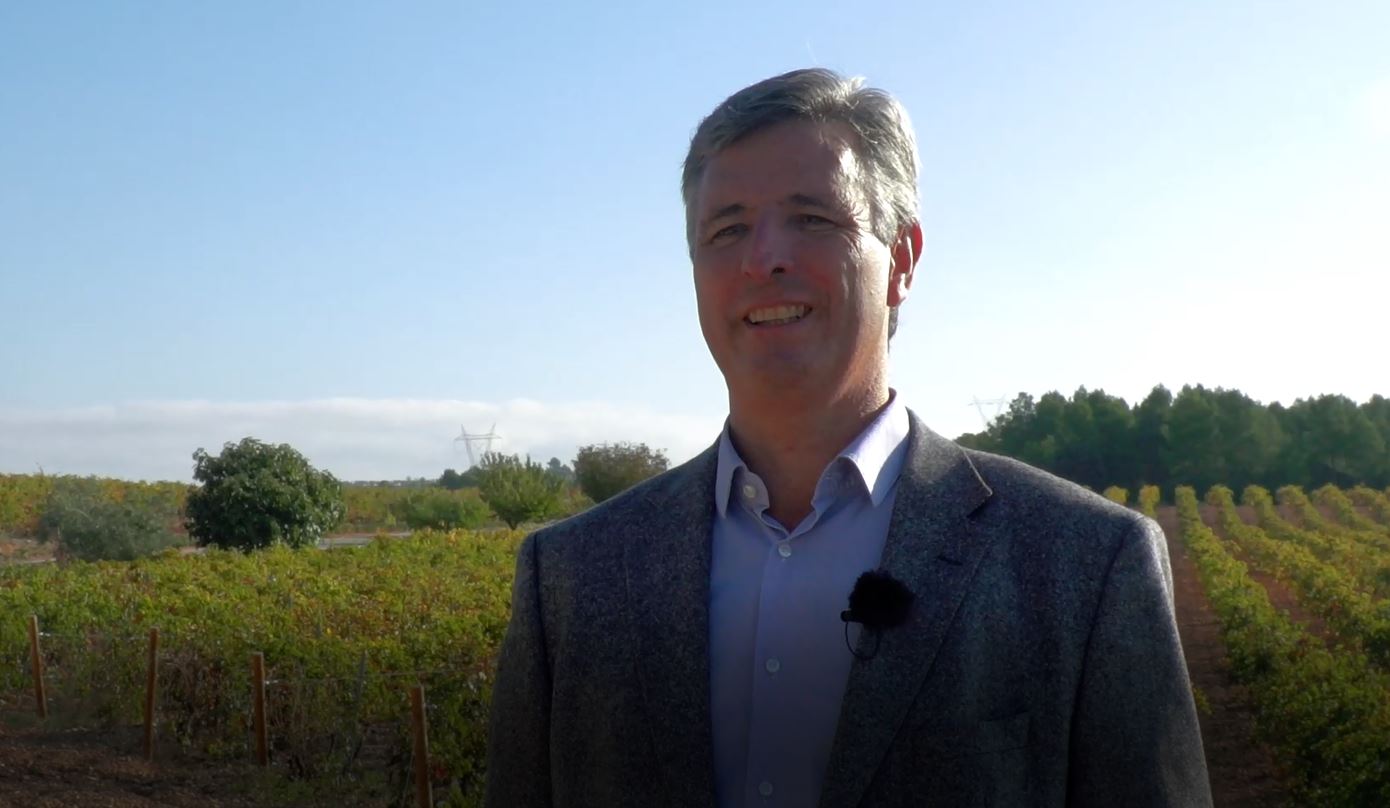 The aim is for industrialists and businessmen from all sectors and regions to explain what the ports of Valencia, Sagunto and Gandia contribute to their companies and activities

The series begins with a report on the Valencian company, Bodegas Nodus, in which its general manager, Adolfo de las Heras explains that his company would be incomprehensible without its export activity; and that thanks to the Port of València they sell their wines in countries such as the United States, Australia, China, Japan and Korea

València, October 21th, 2021.- The Port Authority of Valencia (PAV) has launched the campaign # ThePortOfCompanies to highlight the activity of the companies and users of Valenciaport who sell Spanish products in all corners of the world, the main actors, through their efforts and capacity to generate wealth and employment, in the recovery of economic activity. A business network that has in the port areas of València, Sagunto and Gandia, the perfect ally in import/export traffic to connect with 1,000 ports in the world from 168 different countries.

The #ElPuertoDeLasEmpresas campaign kicked off with an interview with Adolfo de las Heras, general manager of Bodegas Nodus, who highlighted the importance of exporting for winegrowers, a fundamental pillar in the business that allows them to grow and be more competitive. “We are exporting our wines to 35 countries such as the United States, China, Japan, South Korea, Australia and most European countries. The Port of Valencia is a great help in this process because of its proximity and connectivity. It allows us to reach the American market in one week and the Chinese market in three weeks. In addition, we can load the containers from the warehouse and in a short journey they are loaded in the Port of Valencia, ensuring that they reach the customer in perfect condition and in the shortest possible time”.

In this campaign, it will be the users themselves who operate through Valenciaport who will explain how they interact with the port and the importance of international trade for their activity.

Through the Valenciaport.com website and social networks, the APV wants to reflect the activity of the productive sectors that operate through Valenciaport as a gateway for the entry and exit of goods and services from its area of influence, which represents 40% of the export/import traffic of the Spanish port system. So far this year (January-September), export containers leaving Valenciaport to any corner of the world with goods “Made in Spain” has grown by 20%. Spain’s foreign sales are the key to the post-COVID-19 economic recovery, and the ports play a strategic role in this as links in the logistics chains. Nearly 60% of exports and 85% of imports pass through the port system, representing 53% of Spanish foreign trade with the European Union and 96% with the rest of the world.

All sectors and regions

Tiles, furniture, automobiles, fruit, iron and steel materials, cereals, chemical products… hundreds of goods and services are loaded and unloaded every day at the quays of the Port of València by thousands of large and small companies from all over Spain. Every day more than 3,000 containers full of cargo for the export of Spanish products leave Valenciaport and around 2,300 TEUs of imports arrive to supply shops and factories with products for the Spanish and European market.

Farmers, small businessmen, self-employed or large industries from all sectors, regions and counties in Valenciaport’s area of influence. This is one of the examples of the sectors that benefit from the services and connections of the València, Sagunto and Gandia precincts. In fact, in the first half of the year, 608,977 tonnes of both packaged and bulk Spanish wine left Valenciaport’s docks for 130 countries around the world, 54% more than in 2020 and 48% more than in 2019 (a year without a pandemic).

The excellent services, with innovative tools such as ValenciaportPCS, the road and rail connections, the port community’s commitment to sustainable growth and the excellent global connectivity make Valenciaport the perfect partner for the Spanish productive fabric.