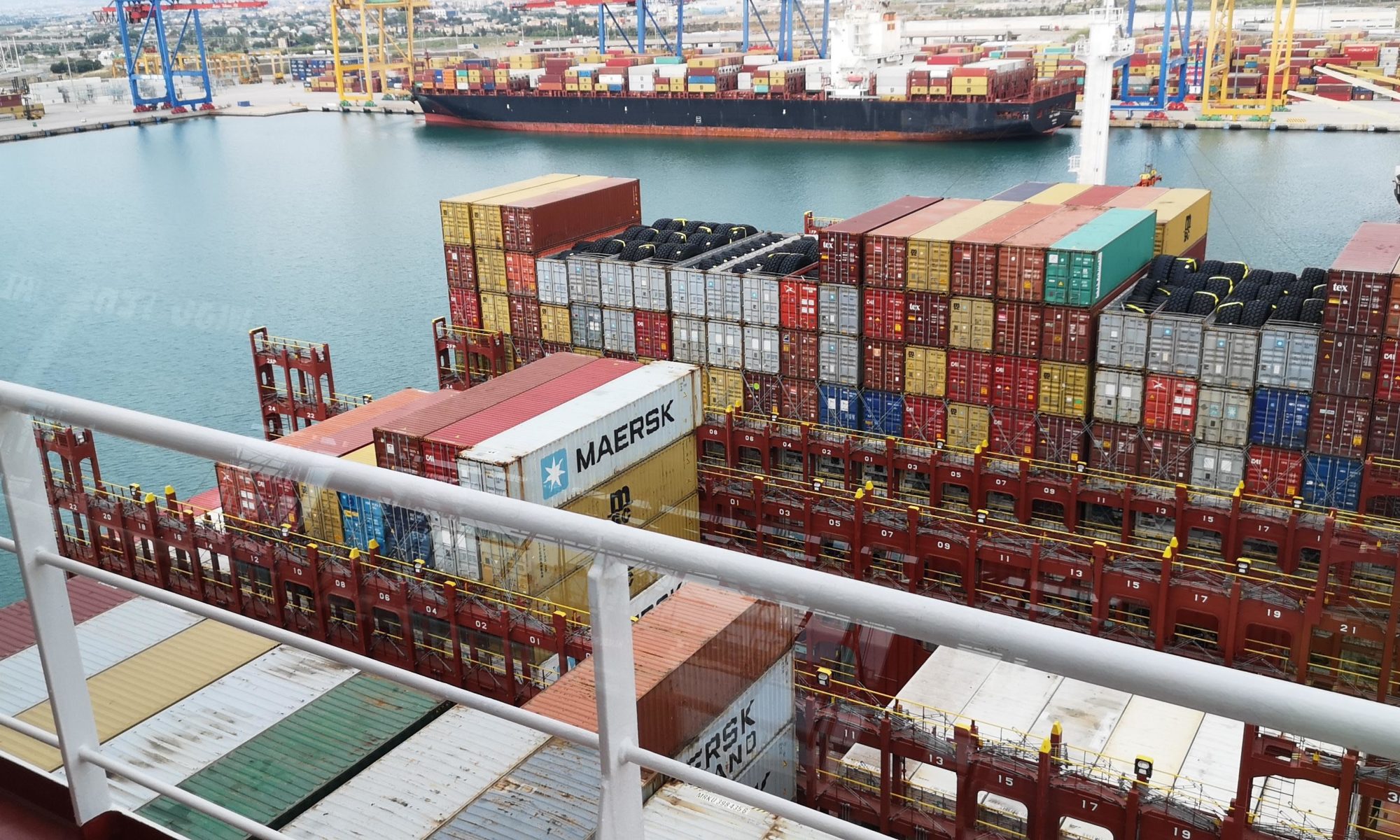 The rice that leaves the docks of the Port of València can be found on all five continents: The United States, Australia, Finland, India and Nigeria are some of the markets for the sector

The connectivity of Valenciaport also allows rice from Spanish farmers to be tasted in Reunion Island, Martinique, Cuba and Japan

València, October 20th, 2021.- Tasting excellent Spanish rice is possible in more than 80 countries around the world thanks to the Port of Valencia, the perfect ally of Spanish rice producers so that the demand for this cereal, so highly appreciated by Valencians, can be sold to any corner of the world. Valenciaport is the gateway for the entry and exit of rice to supply the national and international demand for this foodstuff so deeply rooted in our culture.

So far this year, more than 32,000 tonnes of rice have been exported from the docks of the Port of Valencia to the five continents. From markets such as the United States, Australia, the United Kingdom, Guinea or Japan, to islands in the Indian Ocean such as the Reunion Islands or in the Caribbean such as Cuba or Martinique. This trend has continued in recent years, and in both 2019 and 2020 (full years), Spanish rice exports amounted to around 60 tonnes per year. Thus, between January 2019 and September 2021, the output of this cereal from the docks of Valenciaport has exceeded 148,000 tonnes.

Among the countries with the highest demand for this cereal are the United States with a total of 22,214 tonnes (between 2019 and 2021), followed by the United Kingdom with 20,490 tonnes and the Netherlands with 18,754 tonnes. On the Asian continent, Syria stands out with 9,224 tonnes, in Oceania, Australia with 3,023 tonnes and in the African market, the main exporting country is Algeria with 1,673 tonnes.

The Port of Valencia’s capacity to connect with more than 1,000 port facilities all over the world means that Spanish rice exporters can send their product to places in the Caribbean such as Cuba with 718 tonnes, Guadeloupe with 505 tonnes or Martinique with 23 tonnes, or islands in the Indian Ocean such as Reunion Island with 12 tonnes or one tonne to New Caledonia in the South Pacific. 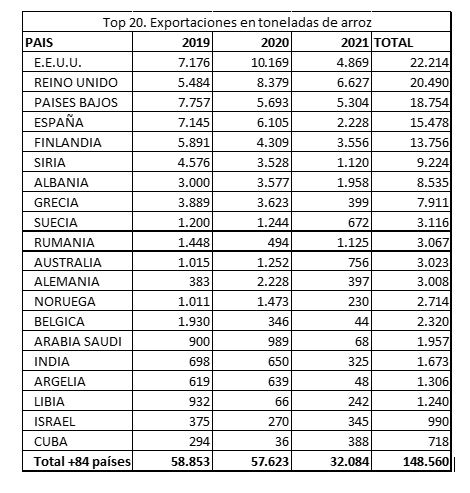 Spanish farmers produce around 800,000 tonnes of rice per year, most of which is grown in the Guadalquivir marshes. Other areas of great importance for rice production are the Guadiana area, the Ebro delta and the Albufera of Valencia. More than 40% of production comes from Andalusia, followed by Extremadura with 19%, Catalonia with 18% and Valencia with 16%.

The Port of València, in its role as an ally of import/export companies, guarantees the arrival of products from its area of influence to all corners of the world, and facilitates the arrival in our country of goods to cover national demand. So far this year, 110,305 tonnes of rice have entered the docks of Valenciaport. This cereal comes from 25 countries, among which Burma, Pakistan and Guyana stand out as the main importers of rice arriving in Valencia.