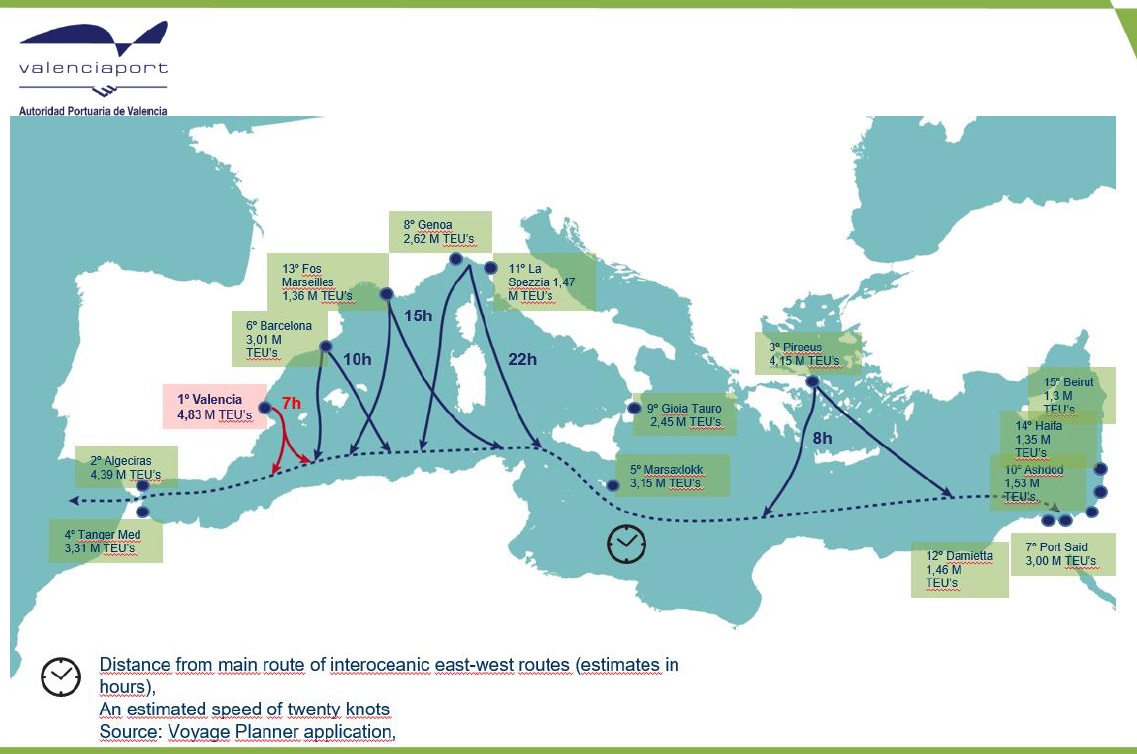 This tool is key for shipping companies to improve their competitiveness.

The study allows to know the operating time and idle time of the vessels in the PAV enclosures.

This tool joins the numerous indicators launched by the PAV to provide the port sector with information on its activity such as the VCFI, the connectivity index, the economic impact study or the social impact study, among others.

Valencia, November 25, 2019.- The Port Authority of Valencia (PAV) has presented this morning its new tracking tool “Scale Times” in Valenciaport. The event was attended by Aurelio Martínez, president of the PAV; Néstor Martínez, director of exploitation; and Juan Manuel Díez, head of planning and control. This tool, unique in the world, is aimed primarily at shipowners and shipping companies and provides information on the time spent in the port, both in operating and idle time, as well as the degree of satisfaction in the different port services offered. 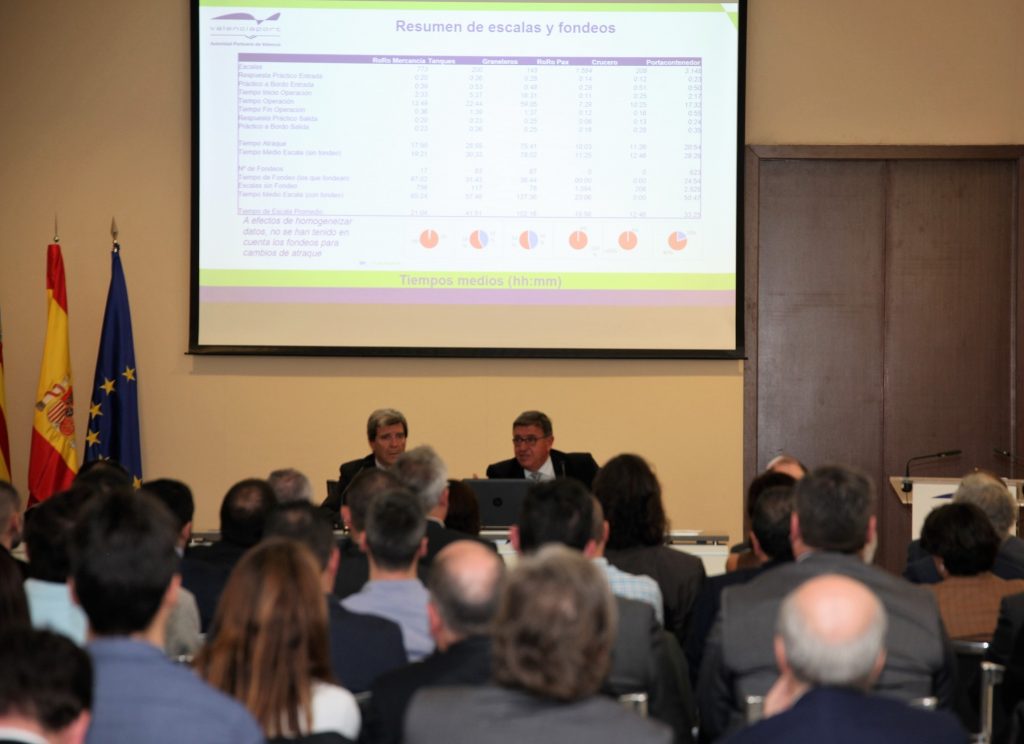 As explained by Aurelio Martínez, “there is no international consensus in the way in which the port service should be measured, nor are the ports willing to provide that information. And this lack of information leads the sector to the inability to optimize its operations and, therefore, to an increase in costs. Therefore, the Scale Times tool that we are presenting today is unique in the world and is another example of Valenciaport’s commitment to transparency”.

“The level of efficiency of the ports – the president of the PAV has continued – must be measured by the times of call. It is a key indicator to articulate the rotation times of ships and, therefore, affects the programming of shipping companies. But, in addition, it directly influences both direct costs, fees, and indirect costs and is vital in the decarbonization processes of ports. Therefore, it is necessary to know both the operating times and idle times of the vessels in our enclosures. According to a study prepared by the Valenciaport Foundation, for a ship of 14,000 TEUs that scales in the port of Valencia, its inactivity within the enclosure implies a cost of $ 106.68 per minute”.

As explained by Aurelio Martínez “there is enormous potential to reduce idle times in ports. For our part, the savings can occur mainly in the terminals and, therefore, we want to advance the study by segmenting the time in the terminals to increase the efficiency of the analysis. It would be essential to have similar jobs in other ports in order to establish credible comparisons and find improvement points.”

The Portcall Times tool has been made based on the information on the scales collected by the Maritime Traffic Coordination and Control service for each of the 6,091 stopovers in Valenciaport between August 2018 and July 2019. For each of The scales have measured the time consumed in 12 variables: entry into port waters, anchorage, practical response to the entry, practical at the entrance of the ship, docking, beginning of operation, operating time, end of operation, practical response departure , practical in ship departure, scale and exit of port waters.

Of the total portcalls of container ships, 19% have needed funds. Of these, 77% corresponds to feeders and the largest number to regional feeder. In addition, the tool concludes that the average duration of the input maneuver for container ships is 50 minutes and the output 35 minutes. The relationship between operating time and berthing time is 84% ​​on average (figure that rises to 94% in the case of the ULCS) and between operating time and scale time of 62% (86% in ULCS).

The Portcall times tool joins the numerous indicators launched by the Port Authority of Valencia to provide the port sector with proven information about its activity. In this regard, indicators aimed at importers and exporters have been launched, among which the VCFI and the connectivity index stand out. Specifically, the VCFI, on a monthly basis, allows exporters from the hinterland of Valenciaport to know the evolution of the freights they must pay for their shipments abroad. As for the connectivity index, published every six months, it is essential for exporters to know which are the direct destinations and the links of the port of Valencia with the main destinations in the world. Likewise, the PAV also regularly prepares the service quality and safety indicator.

Likewise, Valenciaport has indicators to show its competitive advantages, among which are: the “fun line”, the economic weight of each hinterland measured by a standard distance of 350 km, the evolution of the carbon footprint, the economic impact of the port in the Valencian Community and the social impact on the employment generated in the port environment.