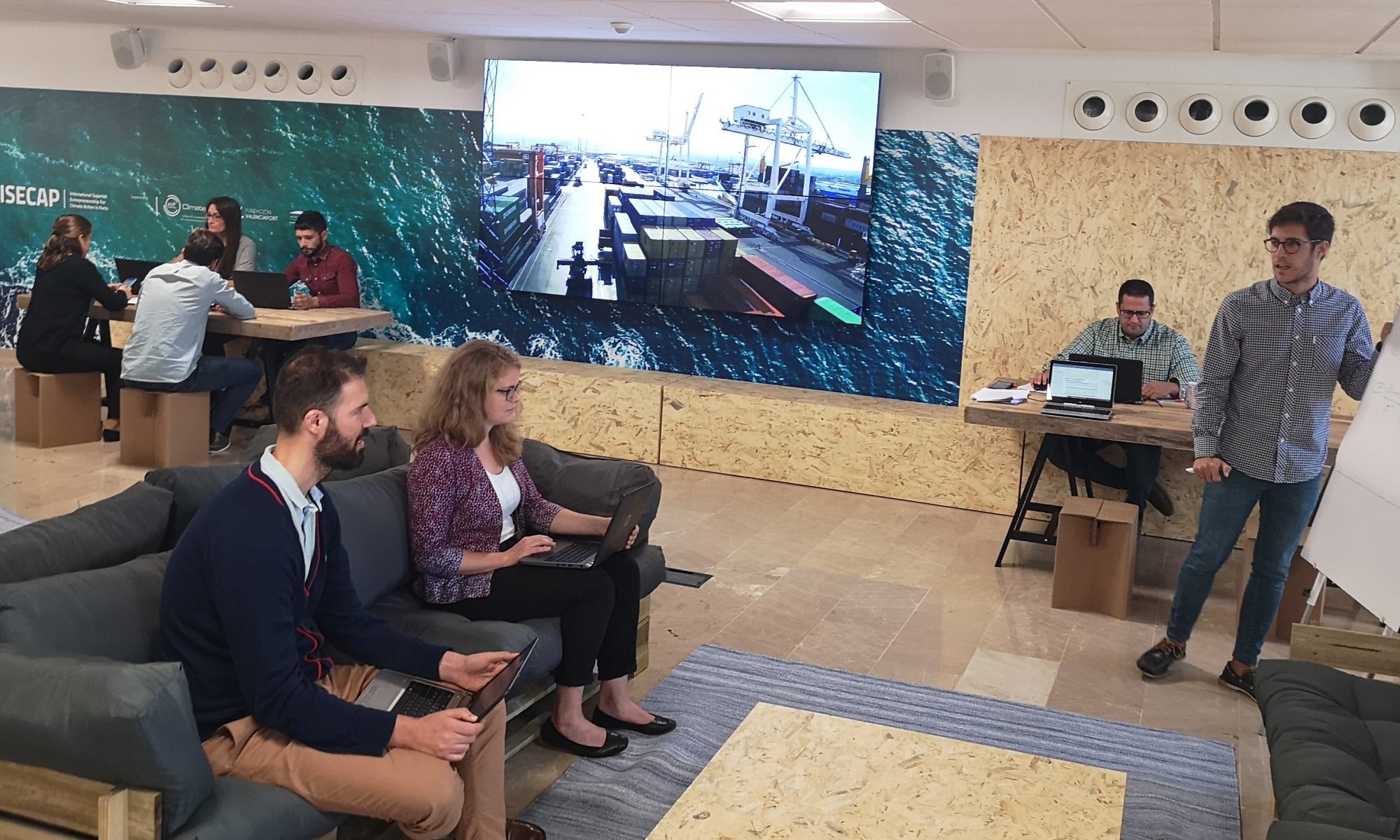 The Port Authority, the Valenciaport Foundation and EIT Climate-KIC create a laboratory for innovation and entrepreneurship to connect demand with supply and mobilize cities, regions, countries, companies and start-ups to work together through Large and diverse communities.

The objective is to join efforts internationally to innovate and promote the systemic changes necessary to cause large-scale climate action.

Valencia, October 17, 2019.- Next week the #SuperLabPorts is presented in Valencia, an international projection space designed and designed for innovation and entrepreneurship in the maritime and port sector in terms of climate change. The SuperLabPorts will be located in the port of Valencia; at the facilities of the Valenciaport Foundation and is the result of collaboration between the PAV itself, the Valenciaport Foundation and EIT Climate-KIC Spain (the Spanish Center for Innovation in Climate Change- promoted by the European Institute of Innovation and Technology – whose main mission is to promote the development of a low carbon economy with the objective of facilitating climate change adaptation and mitigation actions). With this initiative, Valenciaport is running as a world leader in the fight against global warming in the maritime and port sector.

The #SuperLabPorts will begin its launch next Tuesday, as an open laboratory and designed to be a multifunctional and multi-purpose space for collaborative work and co-creation as catalysts for decarbonization through a fundamental transformation of economic, social and social systems.

As a co-creation Hub, the #SuperlabPorts is a space for entrepreneurship and innovation that will bring together start-ups, technologists, companies, industry, University, public organizations and citizens with the aim of accelerating solutions to the many challenges to which maritime ecosystems face and port. For this, it has the experience and proximity of the Valenciaport Foundation and the international projection of the port of Valencia and EIT Climate-KIC.

#SuperLabPorts aims to connect demand with supply and mobilize cities, regions, countries, companies and start-ups to work together through large and diverse communities to join forces to innovate and drive the systemic changes necessary to cause action Large-scale climate.

With this new strategy, EIT Climate-KIC (based in Spain is in Valencia) shows that the only way to promote the transformations necessary to address climate change in a successful way is through system innovation or systemic innovation. , this understood as interventions coordinated and integrated in the economic, political and social systems.

With this initiative, the Port of Valencia joins EIT Climate-KIC to participate in its strategy of creating eight types of large demonstrators in different parts of Europe to become a world reference and key thematic inspirers for the systemic transformation of the society so that we are able to address the climate crisis on time. These demonstrators respond to the direct demand for a transformative change by large systems affected by climate change (cities, regions, ports, industries, institutions …) to work with them in critical areas so that climate action has a high impact and thus promote systemic change.

With the creation of this first Hub specialized in innovation and entrepreneurship in climate change, the Port of Valencia, with a strategic situation and with exponential growth that has consolidated it as the leader of commercial container traffic in Spain and the Mediterranean, and the Fourth port enclosure in the European ranking, it is postulated to become the enclave of one of these great demonstrators and a world reference in the fight against global warming in the maritime and port sector.

Accelerate the decarbonization of the sector

Ports are places where multiple systems collide: maritime transport, energy, waste, tourism and other types of transport. But for that same reason, its potential to make a powerful change is enormous. In a phased manner, EIT Climate-KIC will demonstrate how maritime centers can be catalysts to reverse the rapid growth of emissions from maritime transport and international trade.

What is EIT Climate-Kic

EIT Climate-KIC Spain is the representation of the European EIT Climate-KIC initiative in Spain and whose headquarters is located in the city of Valencia.

EIT Climate-KIC Spain is the Spanish Center for Innovation in Climate Change. It belongs to the European initiative EIT Climate-KIC, one of the knowledge and innovation communities (Knowledge Innovation Communities) promoted by the European Institute of Innovation and Technology (EIT). EIT Climate-KIC originated in 2010 and has about 200 partner organizations, including universities, research centers, companies and public entities. It is made up of a network of offices in Austria, Germany, Belgium, Bulgaria, Cyprus, Croatia, Denmark, Slovenia, Spain, Estonia, Finland, Greece, Holland, Hungary, Ireland, Italy, Latvia, Lithuania, Malta, Norway, Poland, Portugal, United Kingdom, Romania, Serbia, Sweden, and Switzerland.

The mission of EIT Climate-KIC Spain is to promote the development of a low carbon economy with the objective of facilitating climate change adaptation and mitigation actions. Our three fundamental pillars of action are the innovation, entrepreneurship and training, through various programs to capture talent, higher education and accelerate innovative ideas to deal with global warming. Our action is articulated through the promotion of sustainability in the Urban, Sustainable Production Systems, Territory Management and Financial and Decision-Making parameters.

EIT Climate-KIC Spain drives the challenge of the new sustainable economy model based on competitiveness, economic growth and green employment generation, in collaboration with the European Institute of Innovation and Technology and with the support of a community of prestigious partners and solvency. We work with our partners to advance in the consolidation of an innovative Spanish ecosystem on Climate change.