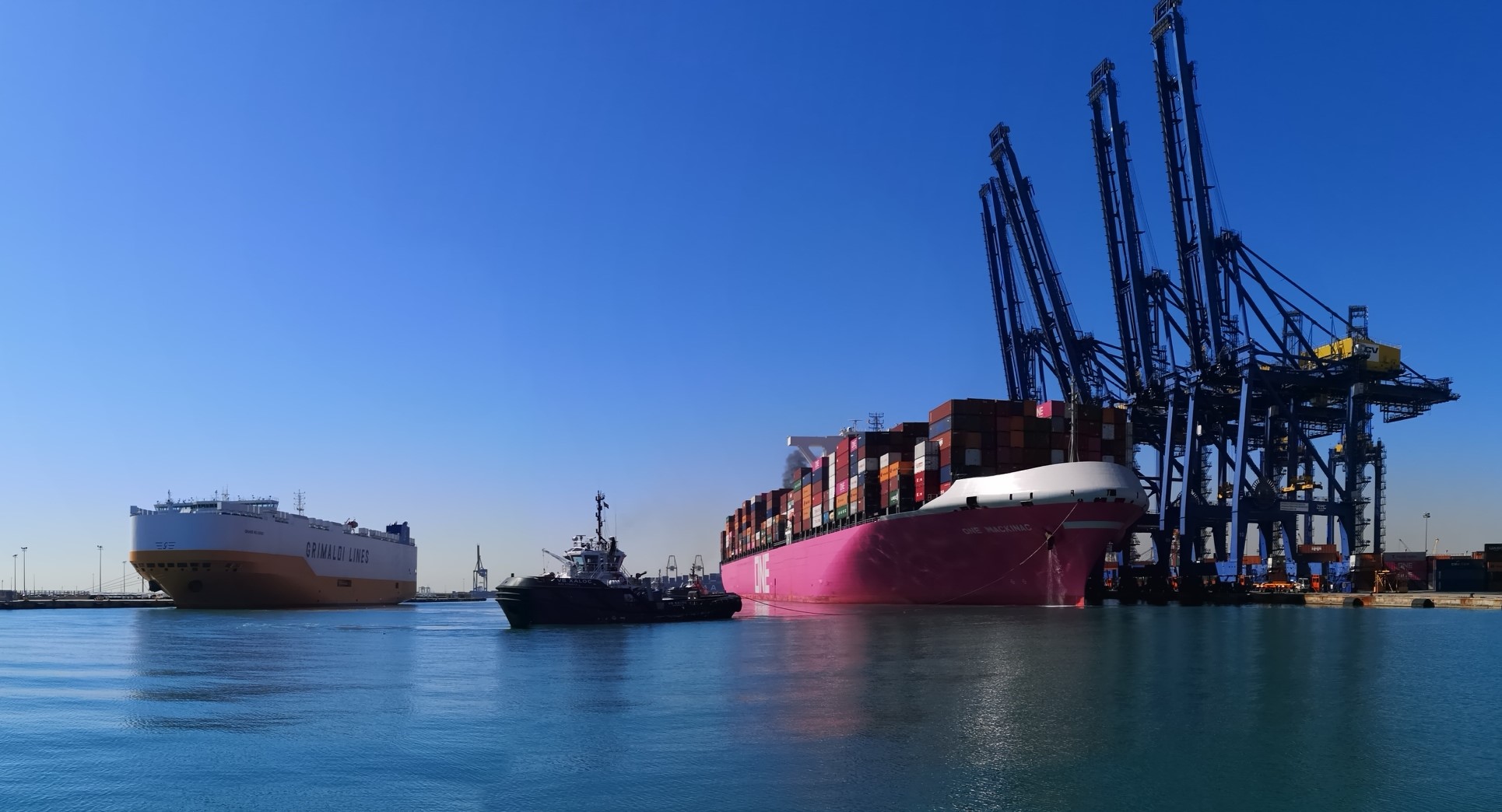 TEUs dedicated to exports have grown compared to 2019 both in the monthly and accumulated (January-May) by 14.34% and in the year-on-year by 11.73%

In the year to date, all sectors have increased. Construction materials (21.5%) and the agri-food industry (14.4%) stand out compared to 2019

By countries, China is once again the leading trading partner in the first five months of the year with 255,893 full containers with origin/destination Valenciaport

València, June 15th, 2021.- More than 100,000 containers dedicated to exports left Valenciaport’s docks in May, a figure that represents an increase of 50% compared to last year, and 12.26% compared to 2019, a year not affected by COVID-19. The increase in activity at Valenciaport is synonymous with the dynamism of Spanish companies producing goods and services and a thermometer of the economic recovery of its area of influence, especially if this activity comes from sales abroad.

TEUs dedicated to exports have grown with respect to 2019 both in the monthly and accumulated (January-May) by 14.34% and in the year-on-year by 11.73%. This is a significant figure for the strength of the export sector at a time characterised by the lack of available empty containers and the increase in freight rates, which is causing costs to rise for companies in the hinterland of the Port of Valencia that sell their products to other countries, especially for small and medium-sized companies. 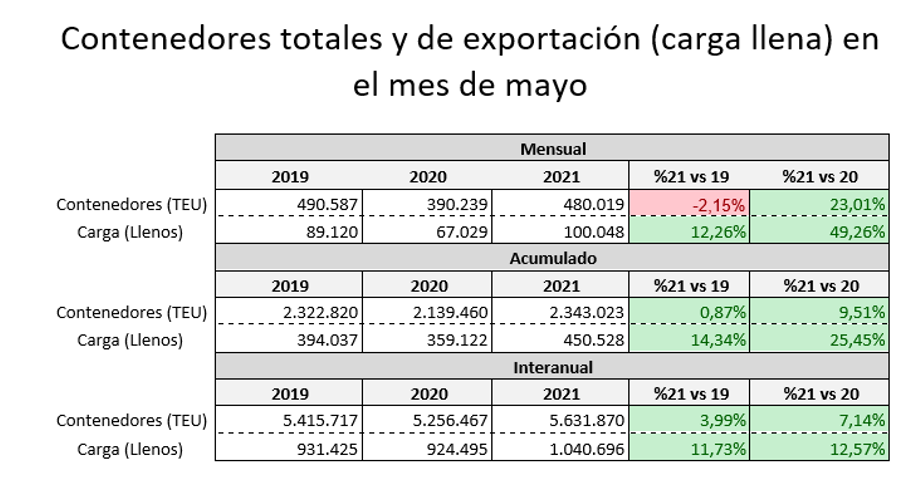 Once again, export activity in the area of influence of Valenciaport is proving to be the driving force behind industrial production in Spain and demonstrates that the strength of the exporting business fabric is the key sector in the recovery of the economy. Connectivity, efficiency, agility, operability and sustainability are some of the keys that make Valenciaport’s facilities a benchmark for Spanish industry and highlight the need to have a strategic port on a global level for the competitiveness of companies in the Valencian Community and Spain.

According to the latest data from the Statistical Bulletin of the Port Authority of Valencia (PAV) corresponding to May, in the first five months of 2021 more than 35.24 million tonnes of goods and 2,343,023 TEUs (standard 20-foot container) have been mobilised. This means an increase of 11.6% and 9.51% over the previous year, but more importantly, when compared to January-May 2019, a year not affected by COVID-19, the growth is 3.2% in freight traffic and 1% in containers.

From the Far East to the American continent, via New Zealand

The fact is that the goods, both for export and import, that companies need have their best ally in Valenciaport. In these first five months of the year, full TEU traffic has grown in practically all the areas analysed in the APV Bulletin. Specifically, the Far East has grown by 17%, West Africa by 35.24%, Atlantic South America by 14.72%, India-Pakistan-Bangladesh-Sri Lanka by 40%, Canada-USA North Atlantic by 17.82%, Canada-USA Great Lakes by 17.35%, South and East Africa by 23.8% and New Zealand by 24.11%.