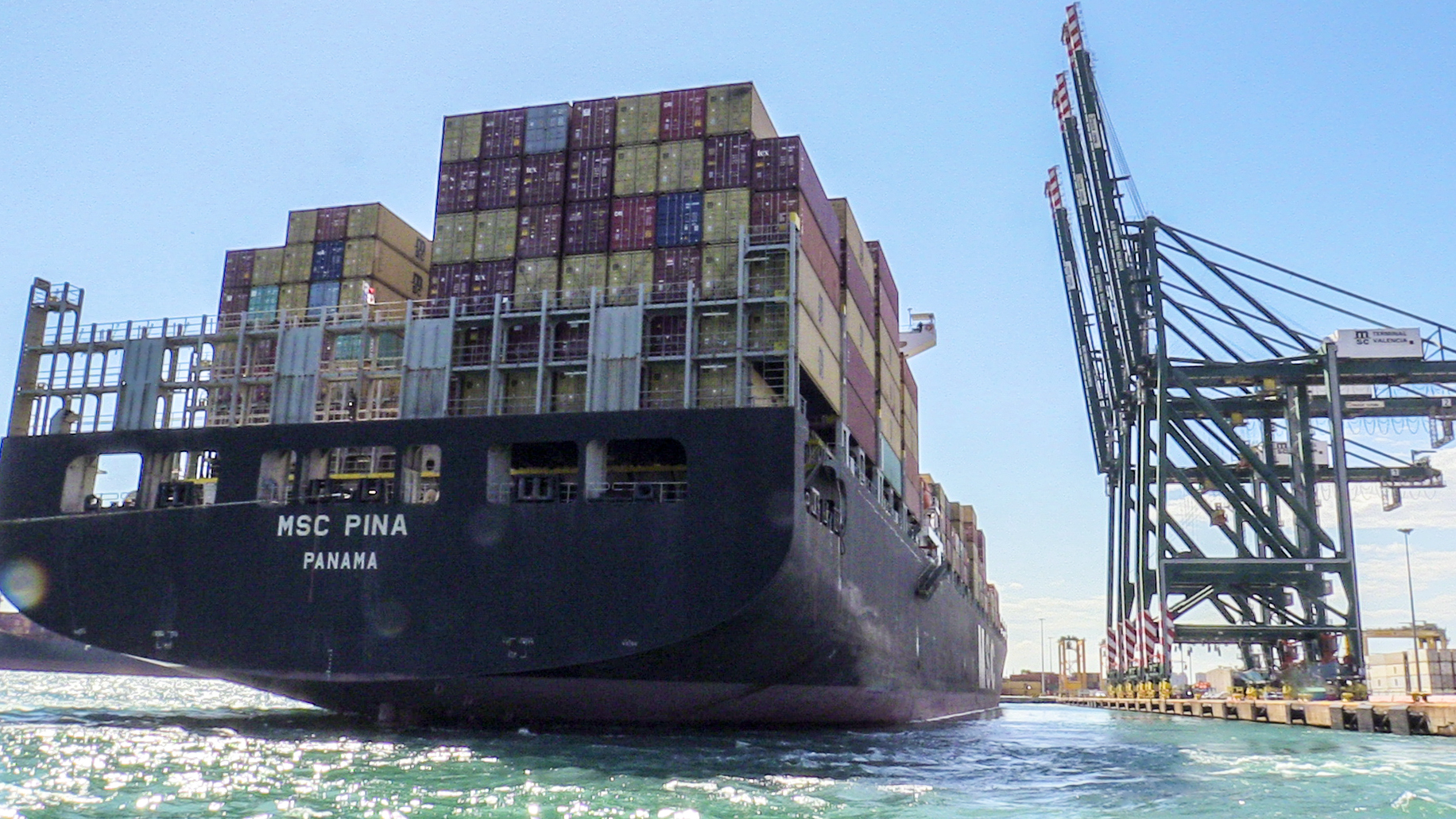 The shipping companies have adapted their capacity in the large container routes, reactivating services that were suspended in previous months and reducing the number of weekly blank sailings

Thus, in August the idle fleet fell below 1 million TEUs for the first time in 2020

The recovery of traffic in the Western Mediterranean is remarkable, with figures above July 2019, highlighting Morocco

València, September 4th, 2020.- The economic recovery seems to be coming by sea. By the ports. The Chinese port terminals have already registered in June this year more activity than in the same month of the previous year, the prices in August of bunkering and oil already point to a slight recovery, shipping lines that were suspended during the hardest moments of the pandemic are being reopened and the shipping companies’ loading capacity continues to increase (26% on the Trans-Pacific route and 17.6% on the Asia-Europe routes).  These are elements which influence the setting of prices in maritime transport and which, in the case of the Valencia Containerised Freight Index (VCFI), produced by Valenciaport, led to an increase of 1.33% in August compared to the previous month, reaching 1,248.05 points.

Despite the usual regional disparity, increases in freight rates are the majority trend. A common factor influencing the trend in costs associated with sea transport is the rise in oil prices, which rose slightly in August, with the average price of a barrel of European Brent standing at USD 44.74. This increase is also noticeable in bunkering prices; thus, according to data provided by Ship & Bunker for the aggregate of the 20 main bunkering ports, the VLSFO closed August at USD 354 per tonne, ten dollars above the starting price of the same month. Even with the increases in recent weeks, the VLSFO price is still below IFO levels in this period of 2019.

Regarding the market situation, and despite a more than complicated macroeconomic context, the overall container traffic is showing a positive behaviour in recent weeks. This is the result of the estimates of the RWI/ISL Container Throughput Index for July (last data), in which the index that measures the container traffic in 91 ports of the world takes a value of 116.2, against 110.2 in June. The same trend can be seen in the Drewry Container Port Throughput Index, which shows an improvement in June’s data (last figure) of 2.3% compared to May, although it is still below 2019 levels. However, this traffic recovery continues to be asymmetrical and in areas such as Europe, there is hardly any growth, while in China ports have recorded higher levels of traffic than in June 2019.

Adaptation of shipping companies and reactivation of services

In response to this market movement, shipping lines have been adapting capacity on the major container routes, reactivating services that were suspended in previous months and reducing the number of weekly blank sailings. As an example, capacity data on the Transpacific route offered by Alphaliner shows a growth in the TEU offered of 26% concerning May, placing it above the figures for September 2019. In Asia-Europe, capacity has increased by 17.6% in June, reaching 400,000 TEU per week, only 4% less than the previous year. Thus, in August the idle fleet fell below 1 million TEUs for the first time in 2020. However, in the coming weeks, there are forecasts for an increase in blank sailings on the occasion of Golden Week in China (first week of October) so corrections that can be expected.

About large movements by geographical areas, seven areas are experiencing increases in their freight this month, highlighting the Far East with a monthly growth in prices of 7.4%, the Western Mediterranean (4.3%), followed by the Eastern Mediterranean (2.3%). On the other hand, the evolution of Latin America Pacific can be highlighted, which accumulates the fifth month of consecutive fall, due to the reduction of traffic because of the pandemic.

About freight rates with the Western Mediterranean, during August there was a growth of 4.3%, so the sub-index is at a value of 1,077.23 points and continues with the irregular behaviour that has been recorded throughout 2020. At

In terms of traffic, and after the significant falls recorded between March and April, the recovery of the area is remarkable and the level of traffic is higher than in July 2019, highlighting especially the case of Morocco.

As far as the Far East is concerned, the behaviour of freight rates in the last months is inflationary and this is confirmed by the August data, in which the sub-index exceeds two thousand points, registering a 7.4% growth concerning July data. Behind this trend is the evolution of space available on the route, because of the supply-demand balance. At this point, it is interesting to note the evolution of the exchange rate in recent weeks, in which the euro has appreciated against the dollar, exercising a certain mitigating effect on prices expressed in euros.