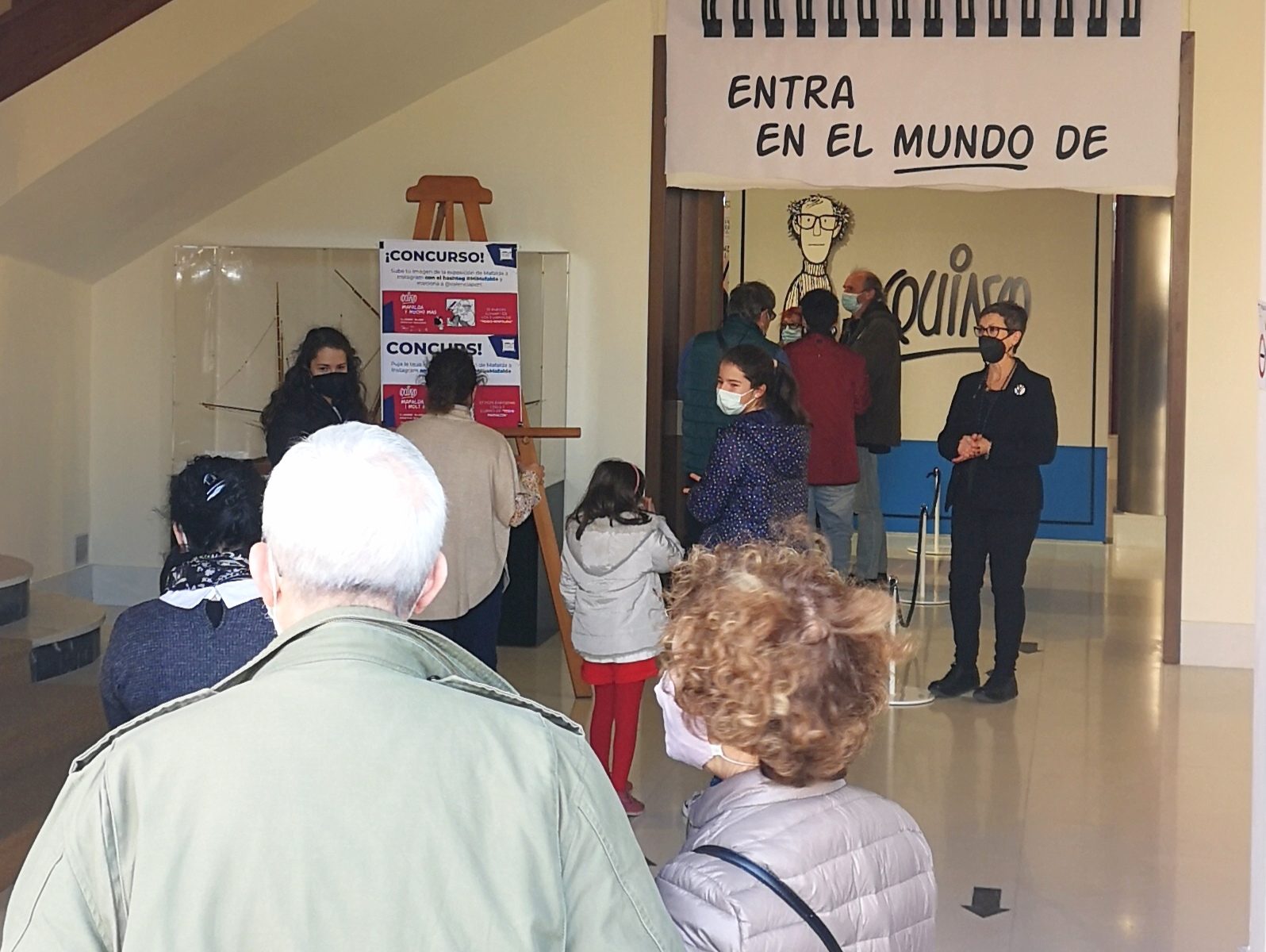 Valenciaport welcomes 2022 in the clock building with the humour of Mafalda after the success of the month of December.

The exhibition has more than 200 cartoons, advertising posters, audiovisuals and publications in several languages that show the international projection of Quino’s work.

Valenciaport has organised a competition on Instagram to upload images of the exhibition with the hashtag #MiMafalda and tagging @Valenciaport.

The Port Authority of Valencia reinforces its commitment to the public with this cultural event, open to the general public and at the service of the city.

A record: 8,000 people in two weeks. This is the number of visits received by the end of the year by the exhibition “Quino. Mafalda and much more” that the Clock building of the Port of Valencia is hosting. The work of Joaquín Salvador Lavado Tejón, “Quino”, the one chosen by the Port to close 2021 and open 2022, is being very well received by the public, which fully compensates the effort made for its organisation; and supports the openness that the Port Authority of Valencia (PAV) is developing towards València in its social and cultural spheres through its emblematic Clock Building.

The Valencians are allied with the desire to close and open the year with humour. Visitors who have already visited the exhibition have been able to enjoy Quino’s most personal dimension through personal photographs and interviews, as well as learning about his production before and after Mafalda. More than 200 cartoons, advertising posters, audiovisuals and publications in several languages show the international projection of Quino’s work.

The exhibition can be visited free of charge until 30 January and has a space dedicated to activities and workshops so that children can interact with the characters of the Argentinian cartoonist. In this way, the PAV reinforces its commitment to the city and invites it to carry out actions that promote its culture and develop its critical spirit.

In the last decade, the world has experienced a brutal advance in equality and human rights. A small part of this success can be attributed to Mafalda as, through her, children and adults have been able to reflect on the importance of helping to create a more sustainable world, promoting gender equality and defending freedom along with the rights of children. Cartoons with more than 50 years of history that are still relevant today.

In addition, Valenciaport has organised a competition via Instagram for all those who visit the exhibition to upload an image of their visit with the hashtag #MiMafalda, tagging @Valenciaport and showing one of the cartoons on display in the Clock Building. Three winners will be selected and will receive the book “Todo Mafalda” as a prize.

The circle of humour in Casal del Port

Now it is Quino’s time, but over the last few years, the Clock Building has held various exhibitions related to port activity and humour which have attracted a large number of visitors. The exhibitions on graphic humour revolved around three Spanish references in this field, Forges, Ortifus and Peridis. All three were well attended by the public. Some of these exhibitions have also been transferred to Gandía and Sagunto after passing through Valencia, a fact which shows the port’s commitment to culture.
In recent years, exhibitions have also been organised such as “Indelible Images”, “Maps, Maps and Masters of the Port of Valencia”, “The Historical Dock of the Port of Valencia: Progress and Modernity” or “That’s TEU – 5,000,000”.