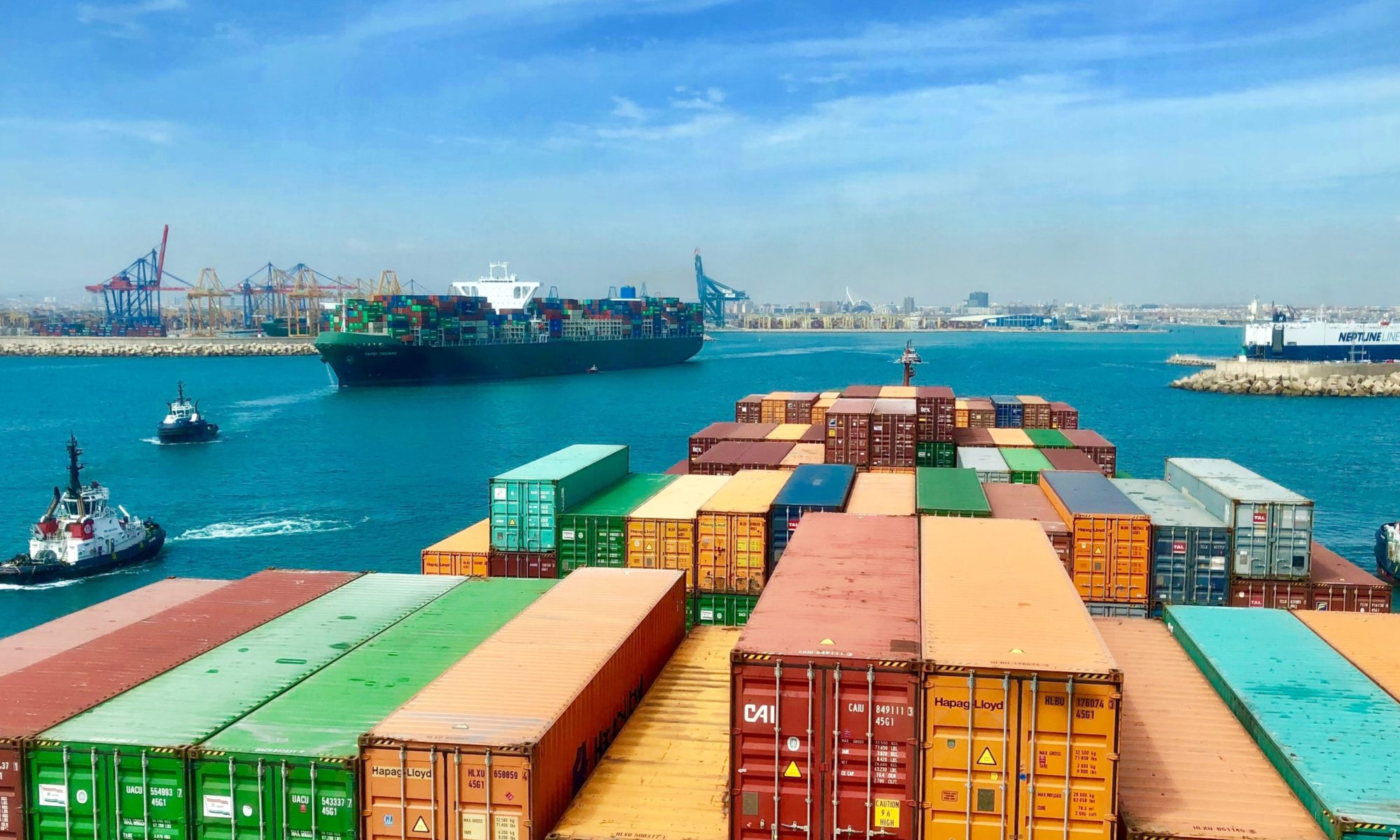 More than 7 million tonnes of goods were moved in November, 14% more than in the same month last year.

With just a few weeks to go before the end of the year, the evolution of traffic guarantees that Valenciaport will once again exceed the 5 million containers managed in 2020.

The trend of recent months is repeated. Traffic is growing, the number of ships is decreasing and those that arrive are more eco-efficient: they are larger, make more movements per port of call and confirm that there is a concentration of operational activity in strategic ports, such as Valenciaport.

By sector, the dynamism of containerised goods in the agro-food industry stands out, growing by 5.8% in the accumulated annual January-November.

China recovers the first position as Valenciaport’s main partner in the management of full containers.

The goods and container traffic managed by Valenciaport in November -as an indicator of real economic activity- confirms the upward trend in the productive capacity of the business fabric in its area of influence with growth in both loading (export) and unloading (import) containers and transhipment of over 20% compared to the same month last year.

In terms of general traffic, depending on its weight, 7,341,375 tons were handled in November, 14.02% more than in 2019. Once again, as in recent months, this increase in commercial activity has been achieved with fewer, larger, and more eco-efficient ships (549 ships compared to 647 in November 2019). These data confirm the tendency of shipping companies to concentrate the cargoes they transport on increasingly larger ships and to choose mixed hub ports (which generate economies of scale by bringing together large volumes of import/export and transhipments) strategically located, such as Valenciaport.

In this sense, it is important to highlight the capacity of the companies and professionals of the port community of the Port of Valencia to attend to operations of almost 10,000 containers in a single call, as has recently happened with the MSC Gülsün with its brand of 9,718 TEUs loaded and unloaded in a single visit to Valencia.

Similar figures to the previous year

In the year, Valenciaport’s activity continues to approach the figures for 2019 after overcoming the most complicated months of the pandemic. Thus, between January and November of this year, 73.35 million tonnes of goods and 4,922,865 containers were handled, -2% less than in 2019 in both cases, while in October this percentage was -3.58% and -4% respectively.

However, it is pertinent to point out that in the case of TEUs, the annual decrease is caused by empty ones, which fall by -10.91%; while full ones grow by 0.84%. Of the latter, those dedicated to freight still suffer a drop of -2.65%; those of unloading, -8.84% while those of transit grow – also in the first eleven months of the year – by 5.39%. In the last four months, almost two million containers have passed through the terminals of Valenciaport; and in the absence of data from December, statistical projections already indicate that in 2020 they will once again exceed 5 million TEUs.

About movements by type of goods, it should be noted that 46% of the operations carried out in Valenciaport between January and November correspond to exports, 42.4% to imports and 11.6% to domestic traffic.

About “ro-ro” or roll-on roll-off traffic (so called because it refers to goods that are lifted onto and off the ship on their own wheels and without the need for cranes; as is the case with lorries, trailers and vehicles), in the accumulated amount of the year, Valenciaport has managed 10,279,369 tonnes, -12.34% less than in 2019. A total of 467,984 vehicles were also mobilised, down 30.3% on the previous year.

Passenger traffic continues to be marked by the Covid-19 pandemic. The cruise sector remains unemployed, while regular line passengers have fallen by 36.51%.