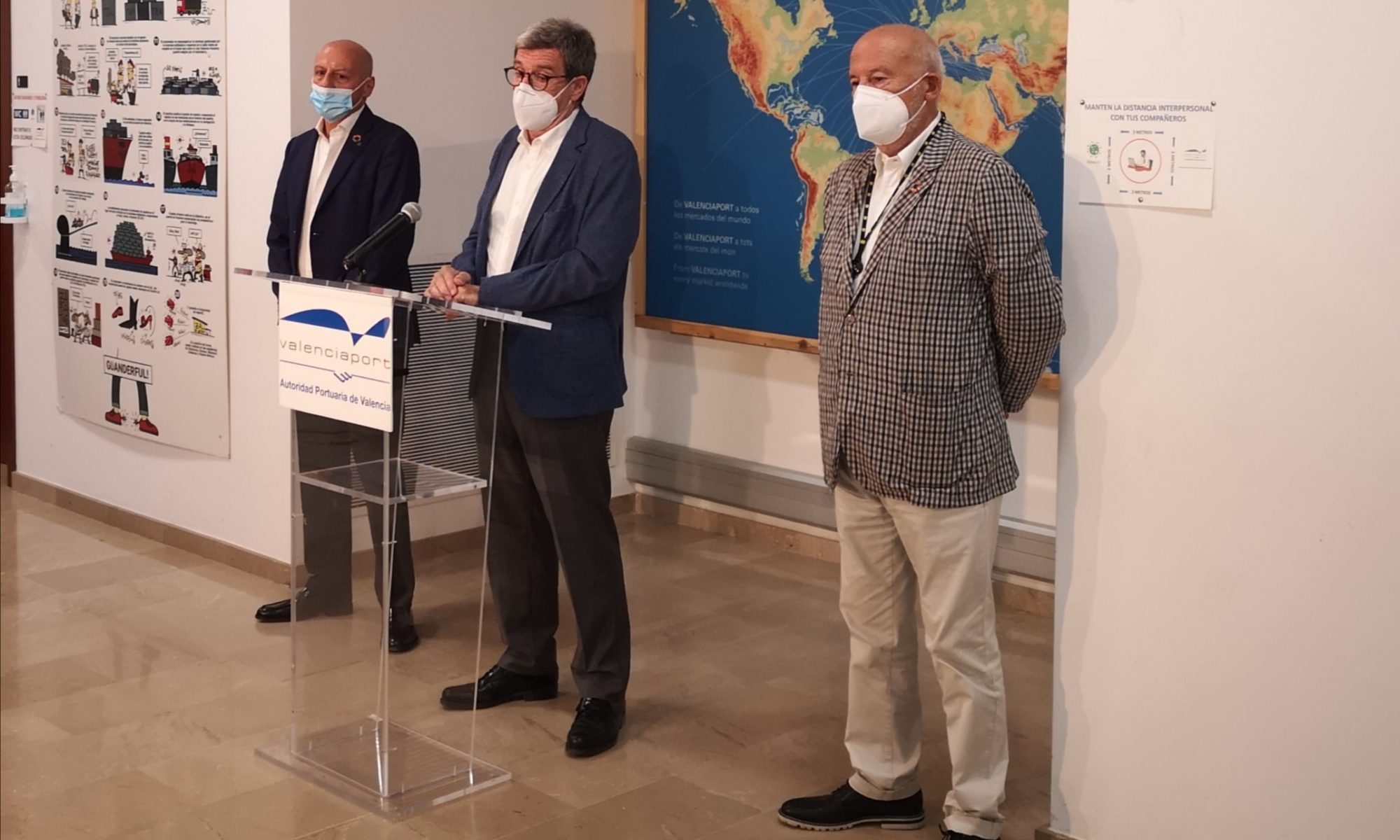 On Friday 30th July, the MSC Grandiosa, a latest generation ship, will dock at the cruise pier of the Port of Valencia and will visit the Cap i Casal every Friday until 5th November

The vice-president of MSC Cruises, Gianluca Suprani, has explained the cruise activity of the company for the Valencian port area

València, July 21th, 2021.- TMSC Cruises resumes its activity in the Port of Valencia. It will be next Friday 30th July when the latest generation ship MSC Grandiosa will dock at the Cap i Casal, an operation that will take place every Friday with a full day stopover until 5th November when the summer and autumn season comes to an end. This was explained this morning at a press conference by the vice-president of MSC Cruises, Gianluca Suprani, who was accompanied by the president of the Port Authority of Valencia (PAV), Aurelio Martínez, and the CEO of MSC Spain, Francisco Lorente.

“It is important that the sector is slowly but surely returning to normality, which is what we all want and wish for. An important industry for the city and its surroundings. In fact, the paralysis of cruise activity, which has lasted for 15 months, has caused damage which we at the PAV estimate at around 72 million euros, affecting sectors such as tour operators, guides, public transport and taxi drivers, hotels and destinations”, explained Aurelio Martínez.

According to APV forecasts, it is estimated that during this season, still marked by COVID-19, more than 100 cruise ships may arrive at Cap i Casal. The city of Valencia is a medium-sized and sustainable cruise destination, with annual growth of 2%, some 400,000 visitors and 200 stopovers/year. Specifically, in 2019 Valencia registered 203 cruise ship stopovers and 435,000 cruise passengers, 16% of which embarked and disembarked in the Port of Valencia using the city as a base.

Maximum security for the public

The president of the PAV stressed that “the activity has resumed with the highest levels of health guarantees, both for the cruise passengers, the crews and, very importantly, for the citizens of the destinations and cities visited”. Along these lines, like the rest of the cruise ships, the excursions made by tourists on the MSC Grandiosa will be carried out in bubble groups and following safety protocols established by the administrations and the shipping company itself.

“We have drawn up a very rigorous and strict protocol based on international and national regulations, together with a group of experts, to be able to resume cruise activity with the highest level of safety. A dynamic protocol that adapts to the evolution of the epidemiological situation, and that will continue with bubble excursions to guarantee the safety of the communities we visit”, explained Gianluca Suprani, who thanked the collaboration of institutions such as the Generalitat Valenciana and Puertos del Estado.

In this sense, the MSC Grandiosa, with a capacity for 6,000 passengers, has reduced its occupancy to 70%, with an isolation area. After calling at Valencia, the ship will make a route that passes through Barcelona, Genoa, La Spezia and Rome. The vice-president of MSC Cruises has pointed out that the company, thanks to this protocol, has been able to launch up to eight cruise ships so far in the Mediterranean and Northern Europe, and in August it will start a route in the Caribbean. Suprani stressed that “the market wants to come back on board, we are seeing a very high level of bookings almost like 2019. This is an encouraging figure because of the great effort we have made to face this situation”.

The vice-president of MSC Cruises has also advanced that the city of Valencia will be a stopover for the new luxury cruise line Explora Journeys and has indicated that “València is an area that people like to visit and that is becoming very important in transit operations.  It is also a point for the embarkation of citizens from all over this part of Spain who have an ideal port here to start their holidays”.