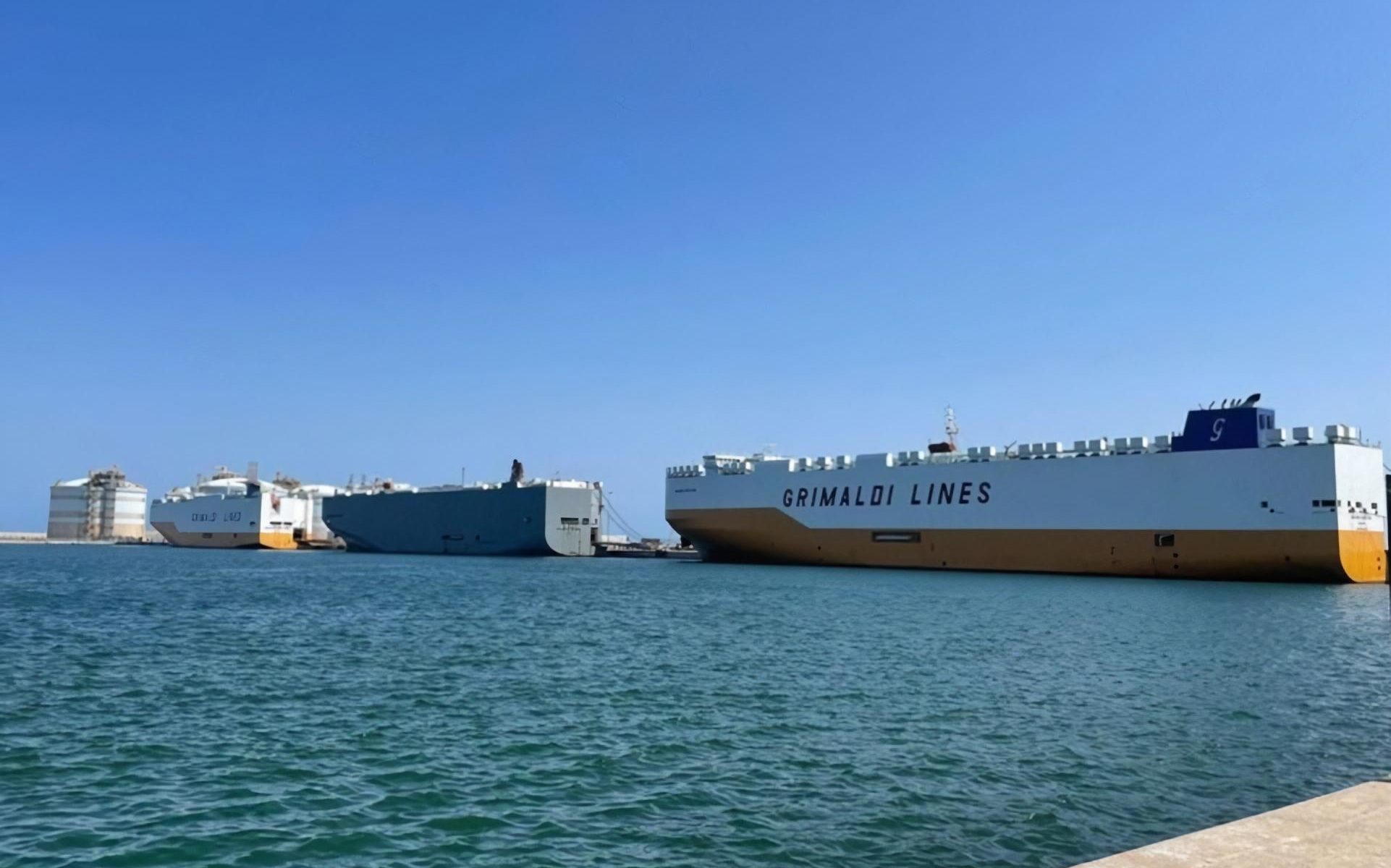 València, July 20th, 2021.- Up to three ships dedicated to ro-ro traffic have been operating on the same berthing line on the South quay of the Port of Sagunto. Ships that link Sagunto with the main routes for this type of trade in the Mediterranean and other areas of the world. This is a special milestone for the Sagunto site and reflects the reactivation of economic activity and the strategic position of Valenciaport for the movement of goods transported by road and vehicle units departing from or arriving at the Sagunto docks. Specifically, the GRANDE HOUSTON and GRANDE NEW YORK ships of the Grimaldi company and the EURASIAN HIGHWAY ship of the logistics operator Bergé have been carrying out their loading and unloading tasks.

Ro-Ro traffic is that trade of goods by ship that is loaded and unloaded with its own wheels and without the need for cranes such as trucks or any other type of motor vehicle. In addition to automobiles, goods such as oil, wine, packaged food products, machinery or refrigerated products are also moved.

This transport uses the Motorways of the Sea, an initiative promoted by the European Union to promote the integration of maritime and road transport modes through sea connections between different countries and regions. This multimodal transport by the Motorways of the Sea results in lower costs, reduced times and contributes to the preservation of the environment in a more efficient way.

The Port of Sagunto is a key infrastructure in the positioning of Valenciaport as an industrial port of reference in the Mediterranean. The Port Authority of Valencia has put out to tender the construction and operation of the multi-purpose terminal at Muelle Centro 2. The multi-purpose maritime terminal will have a quay with a maximum length of 509 metres, with an adjoining area of approximately 226,000 m2, including some 15,000 m2 of manoeuvring area 30 metres wide next to the quay edge, and a minimum depth of 16 metres.

In addition, a commitment is being made to the implementation of the railway in the Sagunto docks. Thus, the new infrastructure of Muelle Centro 2 will have a railway terminal, in line with the works being carried out on the new railway access to promote maritime-terrestrial intermodality that favours the connection with the logistic nodes of high interest in the Mediterranean and Cantabrian-Mediterranean Corridors.