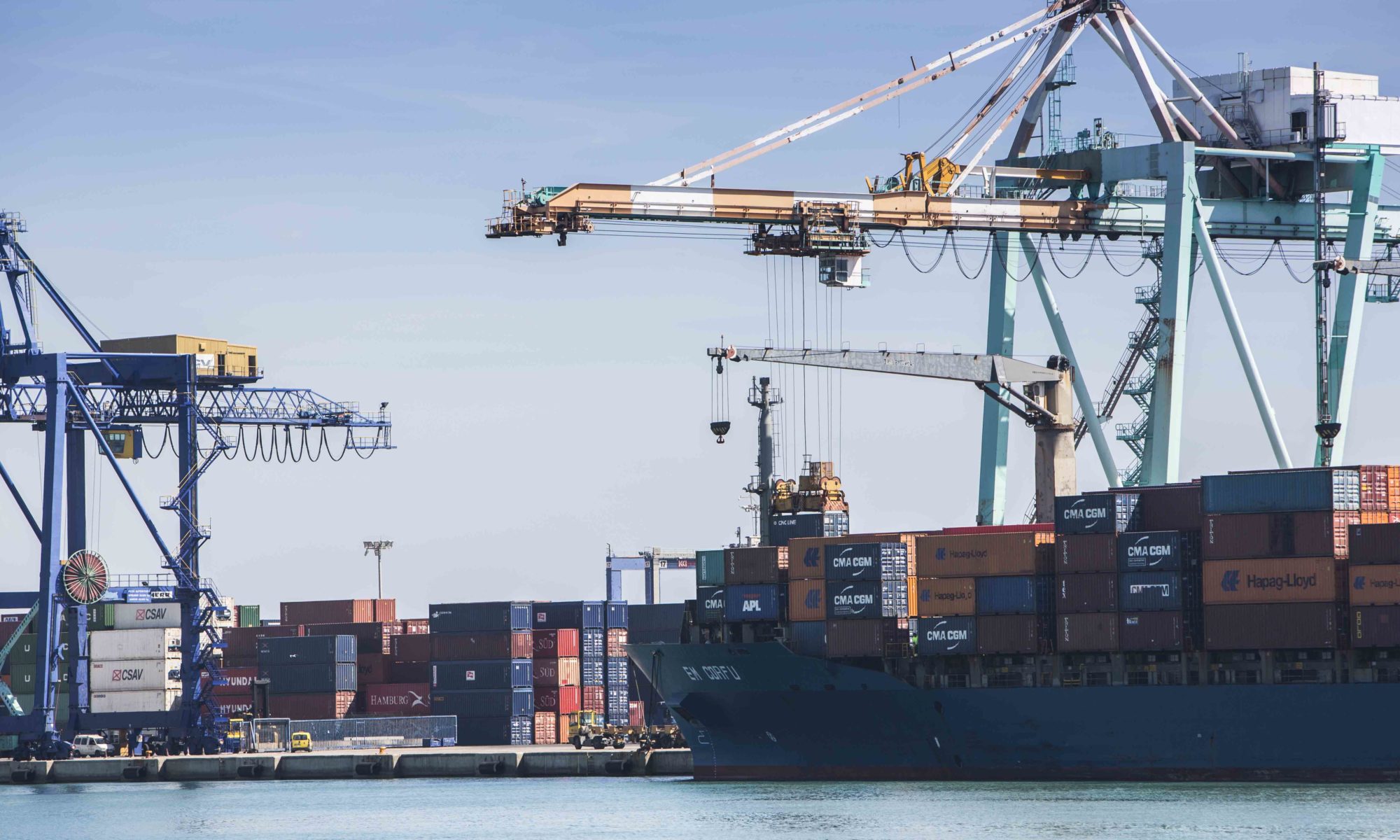 Valenciaport is the driving force behind economic activity, facilitating the export activity of companies. Cargo TEUs grew by 24.38% in March (accumulating 8 consecutive months with positive figures) and unloading TEUs by 31.82%.

All sectors recorded positive figures in the first quarter of 2021. Highlights include the 26.03% increase in construction materials and 13.88% in the agri-food industry.

China maintains its position as Valenciaport’s main partner in container traffic (34.91%) and goods (32.94%) in the first quarter of the year.

The data confirm the recovery of industrial activity, key to generating wealth and employment, of the companies that use Valenciaport to take their products to all corners of the world.

March has recorded an increase of 12.96% in freight traffic and an increase of 9.22% in the movement of containers through the docks of Valenciaport. The growth in Valenciaport’s traffic reflects the dynamism and the capacity to generate employment and wealth of the business fabric. The port’s facilities are an instrument at the service of Spanish industry to export its products to all corners of the world – in March, cargo containers grew by 24.38%. In fact, Valenciaport maintains commercial relations with almost 1,000 ports in 168 different countries, which makes it the key port for the exit and entry of goods for its area of influence and positions it as a strategic hub in the Mediterranean.

This dynamism of the business sector is reflected in the first three months of the year, where Valenciaport has mobilised a total of 20,799,054 tonnes of goods, 8.31% more than in the same period of 2020. About TEUs (standard 20-foot containers), a total of 1,383,833 containers were handled on the quays of the port facilities managed by the Port Authority of Valencia (APV) between January and March, representing an increase of 5.38%. Positive data that must be highlighted because it is being compared with the first months of 2020 when the crisis generated by COVID-19 was not yet present (the State of Alarm was decreed on 14 March 2020).

And in these data, it is worth highlighting the importance of cargo containers (export), which in the first quarter of the year grew by 17.2%. This is a sign of the recovery of activity in the production of goods and products of the companies in the hinterland operating in Valenciaport. In this period, TEUs dedicated to unloading (imports) grew by 8.52% while those in transit grew by 4.89%. Empty containers fell between January and March by -4.38%, a sign that, due to the dynamism of sales abroad, alerts exporting companies and the need for this type of container to be able to fill them with goods. 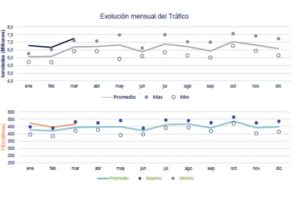 Export containers grew by 24% in March

Of these, it is worth highlighting those dedicated to exports, which grew by 24.28%, and have now accumulated eight consecutive months of positive figures and is an example of the capacity of Valenciaport as a driving force for the economy, facilitating the exporting work of companies. Unloading containers grew this month by 31.82%, and transit containers by 4.85%. Empty containers fell by 7.33% in March.

Increase in all sectors in the first quarter of the year

Regarding goods traffic by sector, it should be noted that all sectors analysed in the Bulletin show positive signs in the first quarter of the year. Construction materials, with 1,930,913 tonnes, increased by 26.03%, among which exports of processed construction materials grew by 33%. The agri-food industry has mobilised a total of 2,197,233 tonnes with a growth of 13.88% compared to the first three months of 2020. Also noteworthy is the dynamism of other goods (including wood, paper and machinery) with 1,903,963 tonnes and a growth of 6.17%. The vehicles and transport elements sector, with 2,755,583 tonnes, continues to be the industry that moves the most goods through Valenciaport, with 3.53% more than in 2020. Within this sector, automobiles and their parts fell by 2.73%.

China grows by more than 30%