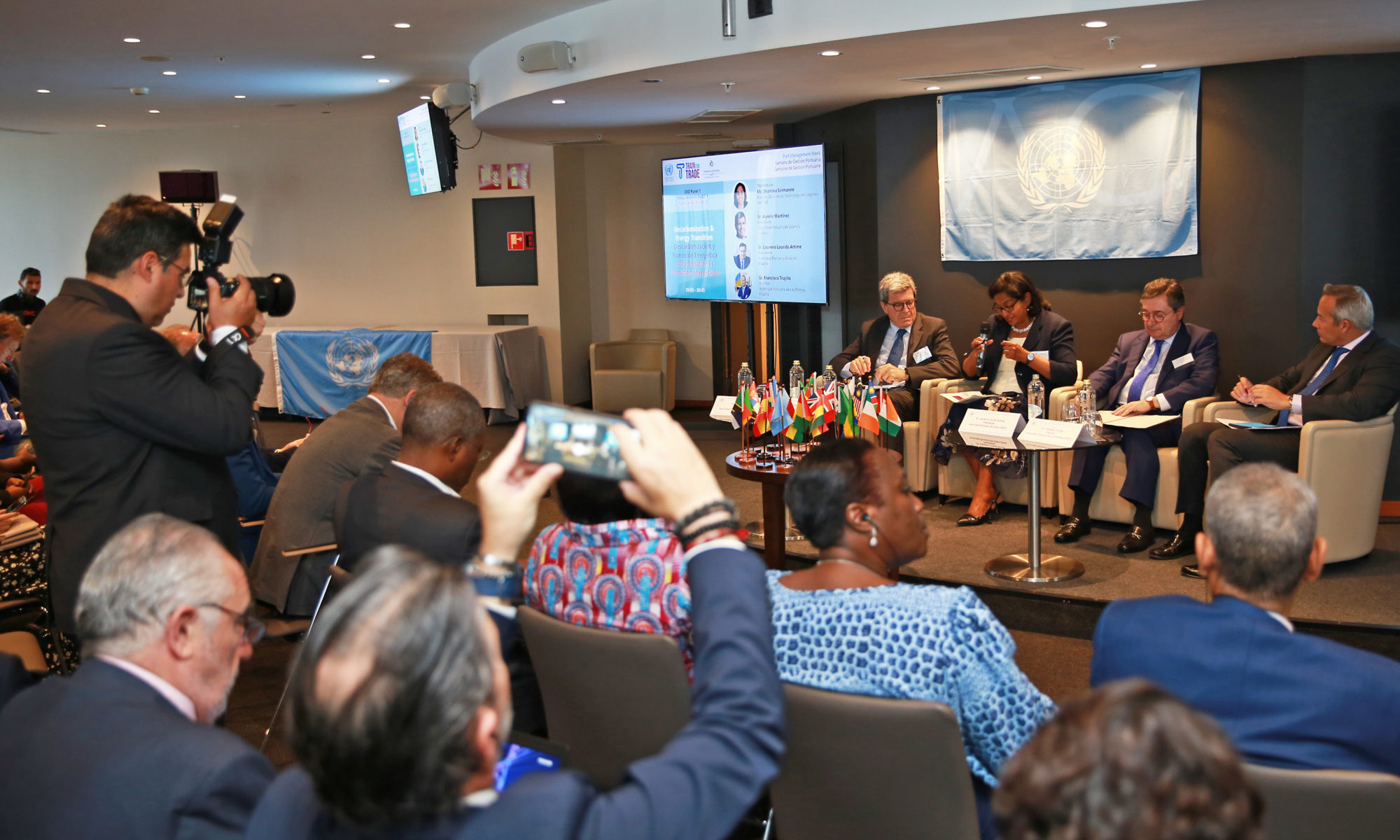 The president of the Port Authority of Valencia (PAV) assures that “we are working on a more digital, innovative, responsible, resilient and carbon neutral port world to achieve a more sustainable and inclusive development”

He highlights the commitment of Valenciaport 2030, zero emissions with projects such as the use of hydrogen in port machinery or the electrification of terminals

From Valenciaport,” Martínez continued, “we are promoting strategies that consider all these changes, promoting aspects such as safety, quality of life and sustainability, and ensuring the normal development of port activity as a driving force for economic growth, generating quality jobs and encouraging port environments to become centres of innovation. We must also prioritise management models that allow the ports to coexist in perfect balance and harmony with their environment, on a local and global scale”.

Along these lines, Martínez indicated that “the environmental urgency of reducing greenhouse gas emissions, together with the ambitious requirements established by the International Maritime Organisation for the decarbonisation of sea transport, have led to a special sensitivity of the sector towards the energy transition. In fact, the maritime-port sector is making a great effort to improve the environmental conditions of ports by focusing on policies for the decarbonisation of maritime transport”. According to the Report of the European Sea Ports Organisation, 66% of port authorities consider sustainability to be number 1 among their management priorities.

For the president of Valenciaport, “Port Authorities have to increase investment efforts in infrastructures to mitigate the effects of climate change and reduce greenhouse gas emissions, anticipating the 2050 objectives of the European Green Pact, such as Valenciaport with its 2030 zero emissions commitment”.  During his intervention, Martínez pointed out that the ports must move in three directions, “the displacement of the demand for fuels in the generation of energy from fossil fuels to renewables; the reduction of waste and the increase in recycling and reuse; and changes in the conventional bunkering of fuel oil to alternatives that are neutral in CO2 emissions”.

The head of Valenciaport assured that “these challenges can only be met if all the parties involved, both private agents and national and international institutions, work together in the same direction”. Martínez referred to the European Union’s ‘Fit for 55’ legislative package, which aims to achieve climate neutrality by 2050. “It is important to establish globally agreed single criteria on environmental requirements. Fit for 55 only involves European ports, which would not cover the problem globally, since there would be a commercial penalty in favour of ports outside the EU area, not solving the basic problem, which is the reduction of emissions.

Collaboration with all the agents

The president of the PAV, who also took part in the round table of this Decarbonisation and Energy Transition Forum, explained that the port community of Valencia “has been working for more than 20 years to reduce the environmental impact and to meet the objective of zero emissions”.

Martinez pointed out that the two main pillars to support this strategy are “electrification and hydrogen”. In the case of hydrogen, the PAV is participating in the H2Ports project financed by the EU, which includes two cases of hydrogen use in port machinery in a container and ro-ro terminal and a hydrogen plant for its supply in the port of Valencia, which is due to be put into operation this summer. In terms of electrification, the Port of Valencia is building a new electrical substation to eliminate emissions and noise from ships during their stay in the port.

The PAV is supporting Valencia City Council in its candidacy for one of the 100 Climate-Neutral and Smart cities, incorporating the port in the city’s decarbonisation strategy, as well as participating in Valencia MISSIONS 2030, a system of governance and innovation to try to improve the life of the city and the people who live in it. In this line, Valenciaport is also part of the H2VLC Programme – Valencia Green Hydrogen Valley – with the Valencia City Council, the Valenciaport Foundation, the Polytechnic University of Valencia and the Generalitat Valenciana to promote green hydrogen in the transport and logistics sector in the metropolitan area and the port.

UNCTAD’s Port Management Programme/TRAINFORTRADE supports port communities in developing countries to make port management more efficient and competitive through its three language networks (English, French and Spanish) with Partner Ports and members in Africa, Asia, Europe, Latin America and the Caribbean for 26 years. The ‘Port Management Week’ is the first high-level conference to be organised since the start of the COVID-19 pandemic.

The international relevance of this meeting on port management is evidenced by the geographical spread in the location of the ports of its participants. Nearly a hundred managers from different ports of 24 countries of Africa, Asia, Europe, Latin America and the Caribbean.