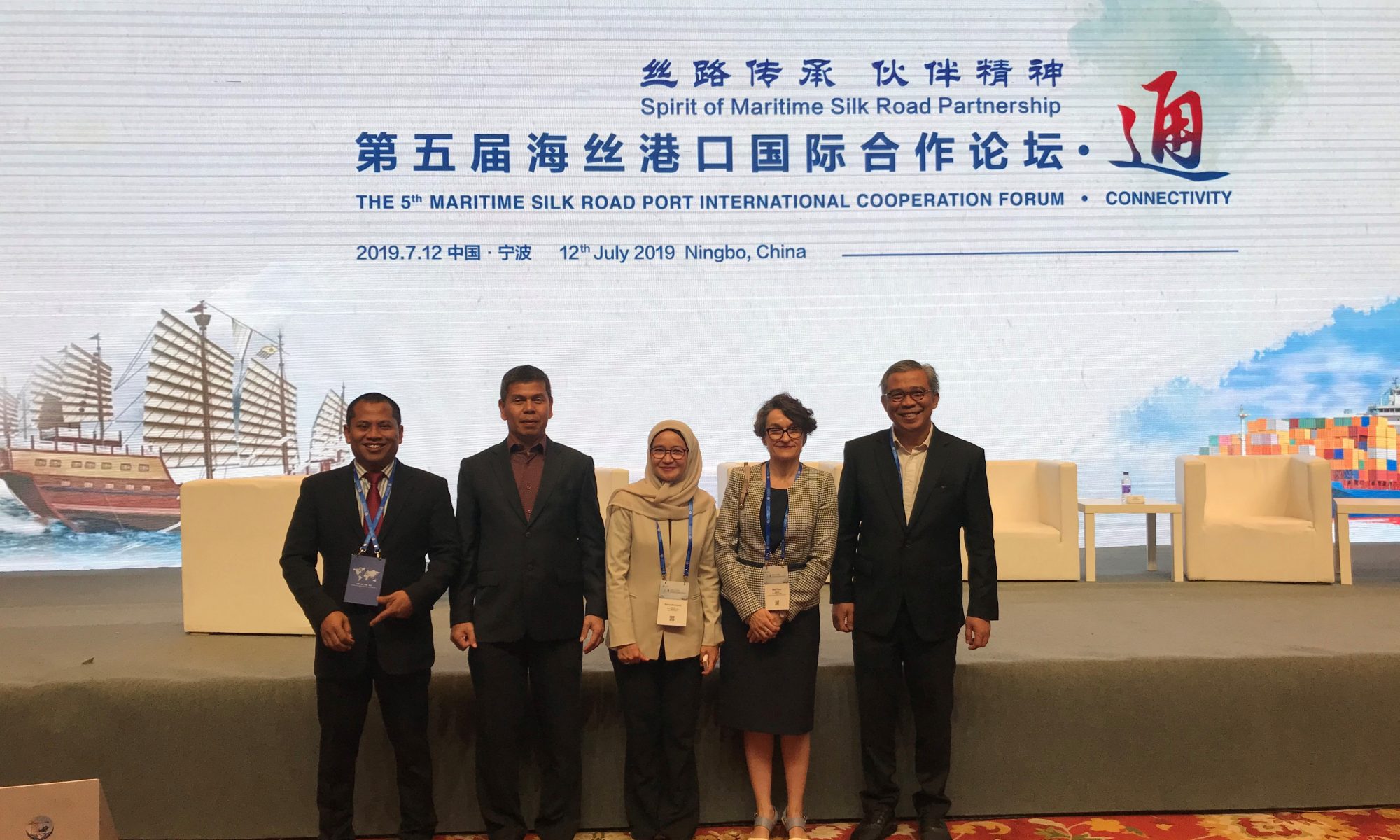 Mar Chao, commercial and business development director of the PAV presented ValenciaportPCS as a successful model. The electronic platform allows the exchange of more than 300,000 documents a day between the companies, Port Authority and administrations that make up the Port Community.

València, July 15, 2019.- “Managing an international container traffic of more than 5 million containers and doing it in a coordinated manner among all the agents that intervene in the logistics chain – public administrations and private companies – would be unimaginable without a powerful technological platform like ValenciaportPCS “. That has been the central idea that the Port Authority of Valencia (PAV) has led to the 5th edition of the Maritime Silk Road Port International Cooperation Forum, which ended on Friday in Ningbo (China).

During the meeting Mar Chao, commercial and business development director of Valenciaport, had the opportunity to present the competitive advantages of the port of Valencia / Sagunto / Gandia as a hub port of the Western Mediterranean and to present the ValenciaportPCS platform as a management model for optimization and operational data management. Mar Chao also defended the strategic importance of Valenciaport for the Chinese market as a key point in the new Silk Road.

During his conference “Facilitating integrated development through connectivity”, Mar Chao highlighted the commercial capacity of Valenciaport, which with an area of ​​influence of more than 2,000 kilometers maintains a direct relationship with the main ports of Southern Europe and North Africa; and also with China and the United States. Countries, these two most remote and economic leaders of their respective hinterland and which are the most important “markets / country” for the Valencian port.

Precisely, at the end of 2018, the United States surpassed China in goods measured in tons (6.46 million versus 6.37 million); Although the Asian country, with 540,363 containers (10% of the volume managed by Valenciaport) remained as the first client of the port of Valencia – ahead of the United States – which remained in second place with 453,788 TEU (20-foot containers, 6.1 meters).

Given the need to have a technological equipment prepared to telematically attend all the companies that make up the port community, Mar Chao exhibited the ValenciaportPCS project as a model of success. The commercial director of Valenciaport highlighted the key role of this tool, which allows the exchange of nearly 300,000 documents a day, which represents more than 80 million documents each year. In this sense, Mar Chao put in value the agility that this technological solution brings to Valenciaport, which, due to its volume of activity and the complex network of public and private agents involved, requires a tool system that provides maximum operational optimization. and that it guarantees the intelligent and safe exchange of information (blockchain technology) in order to improve the competitive position of its port community.

At present, the electronic platform of the port of Valencia, Valenciaport PCS, offers more than 20 transactional and information services to nearly 700 companies and public bodies and allows the optimization, management and automation of port and logistics processes. of the data and connecting the transport and logistics chains. Among other advantages, this tool provides greater efficiency in the transaction; the optimization of resources; process automation; the cost savings; reduce the risk of errors; Save time and improve customer service.

The forum, which this year celebrated its fifth edition, has been aimed at promoting synergies among the member countries of the so-called new Silk Road. For two days he has counted in the Chinese city international representatives of the main ports, shipping companies, operators and agents of the sector. Among them, port authorities from countries such as Spain, Germany, the Netherlands and the United States among others stand out.

Currently, the Valencian site is connected to more than 80 ports in the Asian country, with the most outstanding being Shanghai, Ningbo, Yantian, Qingdao, Xiamen, Tianjin, Hong Kong, Shekou, Chiwan and Nansha.

At the close of 2018, China has channeled 6.37 million tons with origin / destination Valenciaport. As for full TEUS, the previous year, the port has handled 540,363 TEU.