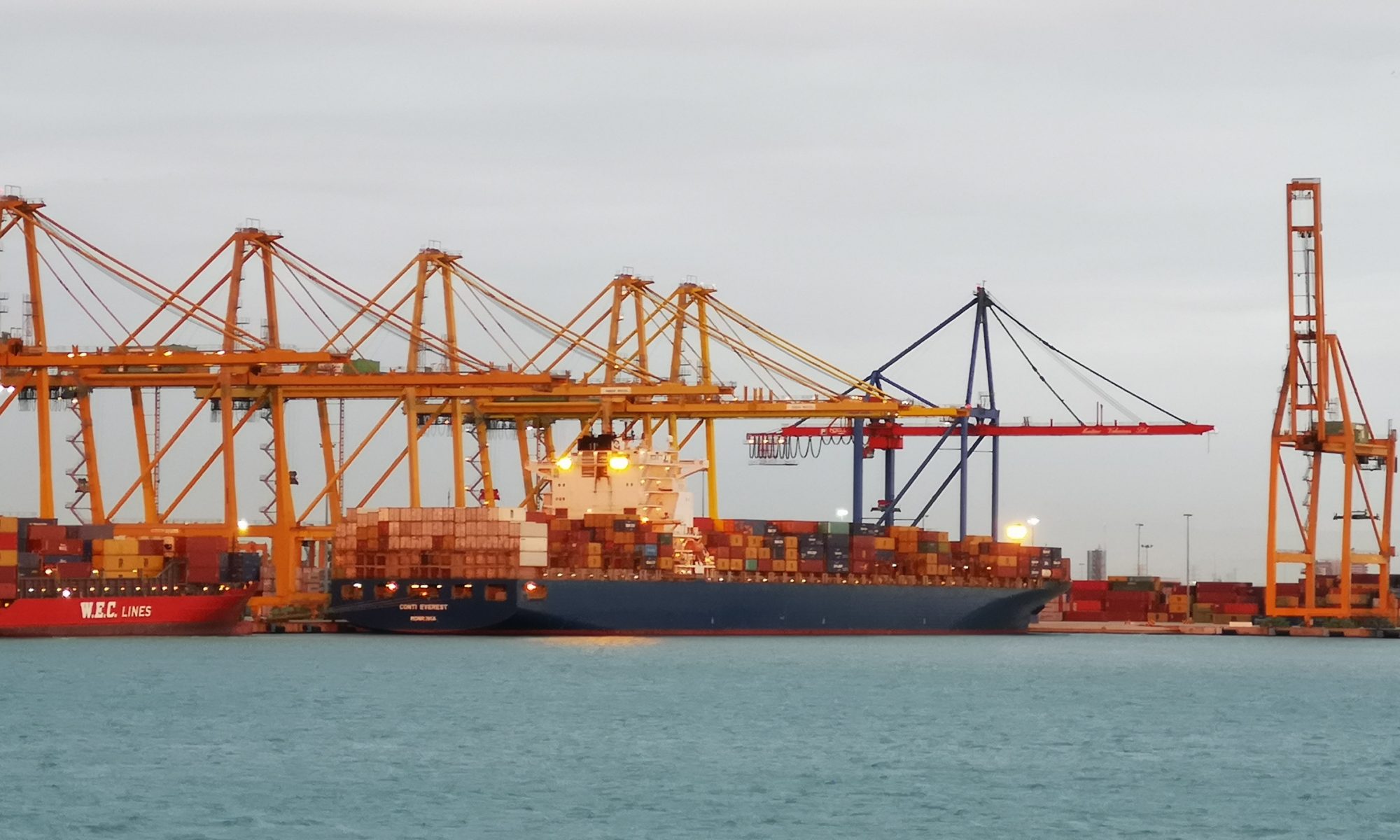 11 vessels from the Suez Canal blockade are expected to dock at the quays of the Port of Valencia until 16 April, adding to the daily operations of the port

València, April 7th, 2021.- Following the arrival today of the Conti Everest and the CMA CGM Centaurus at the docks of the Port of Valencia, three vessels have now been detained due to the blockade of the Suez Canal and have joined the daily loading and unloading operations at the port precinct. Valenciaport expects the arrival of another eight ships to arrive after the reopening of navigation until 16 April – 11 in total if we add the three that have already arrived – so the additional workload means the management of more than 30,000 containers that the port community is taking on with total normality and efficiency.

“We are in a situation of absolute normality in the port’s activity, as we expected due to the commitment and collaboration of all the port operators who are doing their bit to ensure that there are no problems”, explains Néstor Martínez, deputy general manager of the Port Authority of Valencia (PAV). “Yesterday the MSC Le Havre arrived, which moved 2,300 containers, today the Conti Everest is working, handling 2,400 containers, and this afternoon the CMA CGM Centaurus will operate with 2,650. Apart from these ships that have arrived after the unblocking of the Suez Canal, there are the daily operations of the Port of Valencia. There are now six ships in the dock working, one of them coming from the blockade of the Suez Canal, a situation to which the port community is accustomed, and which is being carried out with the strictest normality” indicates Néstor Martínez, who adds that “there is no congestion of lorries which are circulating regularly, entering the terminals for loading and unloading and serving the customers”.

Situation normalised as of 16 April

According to PAV estimates, up to 11 ships that were held up by the blockade of the Suez Canal are expected to call until 16 April. After the MSC Le Havre, the Conti Everest, and the CMA CGM Centaurus, another 8 ships will arrive in the next few days to carry out loading and unloading operations of more than 23,000 TEUs in Valencia.

“This activity is being carried out without any difficulty by the entire port community thanks to the coordination and the measures that were agreed after the last meeting of the Marca de Garantía where all the port operators are present, such as the extension of timetables in the terminals or the non-accumulation of export containers. From the 16th we hope to recover normal activity after the ships that were paralysed by the blockade have already passed through the docks”, points out the PAV’s deputy general manager.

In this sense, it is also important to highlight the organisation and diversification of port calls by the shipping lines in the different ports of the Mediterranean in order to dose and speed up the activity in the port areas and to recover the time lost by the ships that have been held up by the blockade of the Suez Canal.