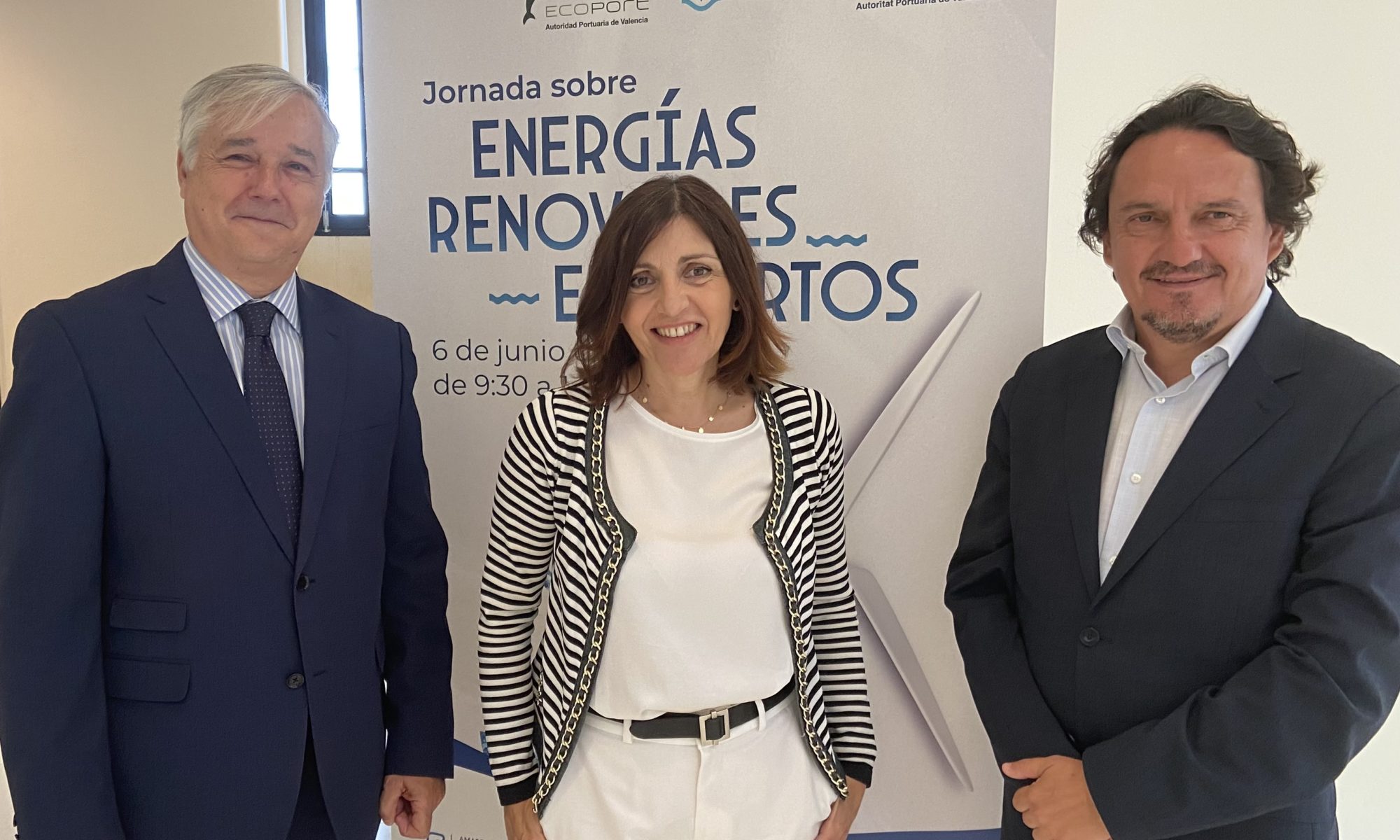 The PAV’s head of Ecological Transition, Federico Torres, explained the projects for the creation of two electrical substations, the use of hydrogen and the installation of photovoltaic and wind power plants, among other initiatives.

The head of Valenciaport indicated that the PAV will invest “130 million euros in environmental actions within the framework of its strategic objective Valenciaport 2030, zero emissions”

The regional secretary for Sustainable Economy, Empar Martínez, supports the acceleration of renewable energy projects such as those of Valenciaport

The conference ‘Renewable energy in port’ is part of the activities that the PAV is carrying out on World Environment Day, including the exhibition ‘One Earth

València, June 6th, 2022.- The Port Authority of Valencia (PAV) has explained the priority objective of zero emissions in 2030 and has highlighted the commitment of maritime transport and the port system in the fight against climate change and decarbonisation. These actions were discussed at the conference “Renewable energies in port” as part of the activities to celebrate World Environment Day.

The head of Ecological Transition of the PAV, Federico Torres, explained that Valenciaport is working on various projects to be more efficient and to meet the objective of being an emission neutral port by 2030. During his speech at the inauguration of this conference, Torres emphasised that “the PAV is going to allocate 130 million euros, to which the effect of private investment should be added, in projects such as the creation of two electrical substations so that ships docking at the Port of Valencia can connect to the electricity grid and stop their engines, or the installation of a hydrogen plant within the framework of the H2Ports project to supply hydrogen to port machinery”.

During his speech, the head of Valenciaport’s Ecological Transition also referred to other initiatives such as the use of alternative fuels like LNG in a joint project with Baleària, the installation of photovoltaic plants in Valencia and Gandia, the commitment to the railway and the electrification of Valenciaport’s internal network, the actions in mobility and circular economy.

Federico Torres made these statements at the opening of the conference in which he was accompanied by the regional secretary of Sustainable Economy of the Generalitat Valenciana, Empar Martínez. “For the Generalitat Valenciana is a priority to deploy the development plan for renewables and accelerate all these initiatives, for them we have the Declaration of energy and climate priority,” said Empar Martinez. The Regional Secretary also highlighted the public-private collaboration in matters of sustainability, such as what the Port of Valencia is developing with its port community.

The meeting also dealt with the European regulations Fit for 55 by Valter Selén of the European Association of European Ports, and the actions being carried out in the field of renewable energies were explained with the intervention of José Damián López, head of the Department of Infrastructure Technology of Puertos del Estado; Andrés Guerra, head of the Sustainability Department of the Port of A Coruña; Johannes Schmidt, head of Climate and Innovation of the Port of Hamburg; and Raúl Cascajo, head of Environmental Policies of the PAV.