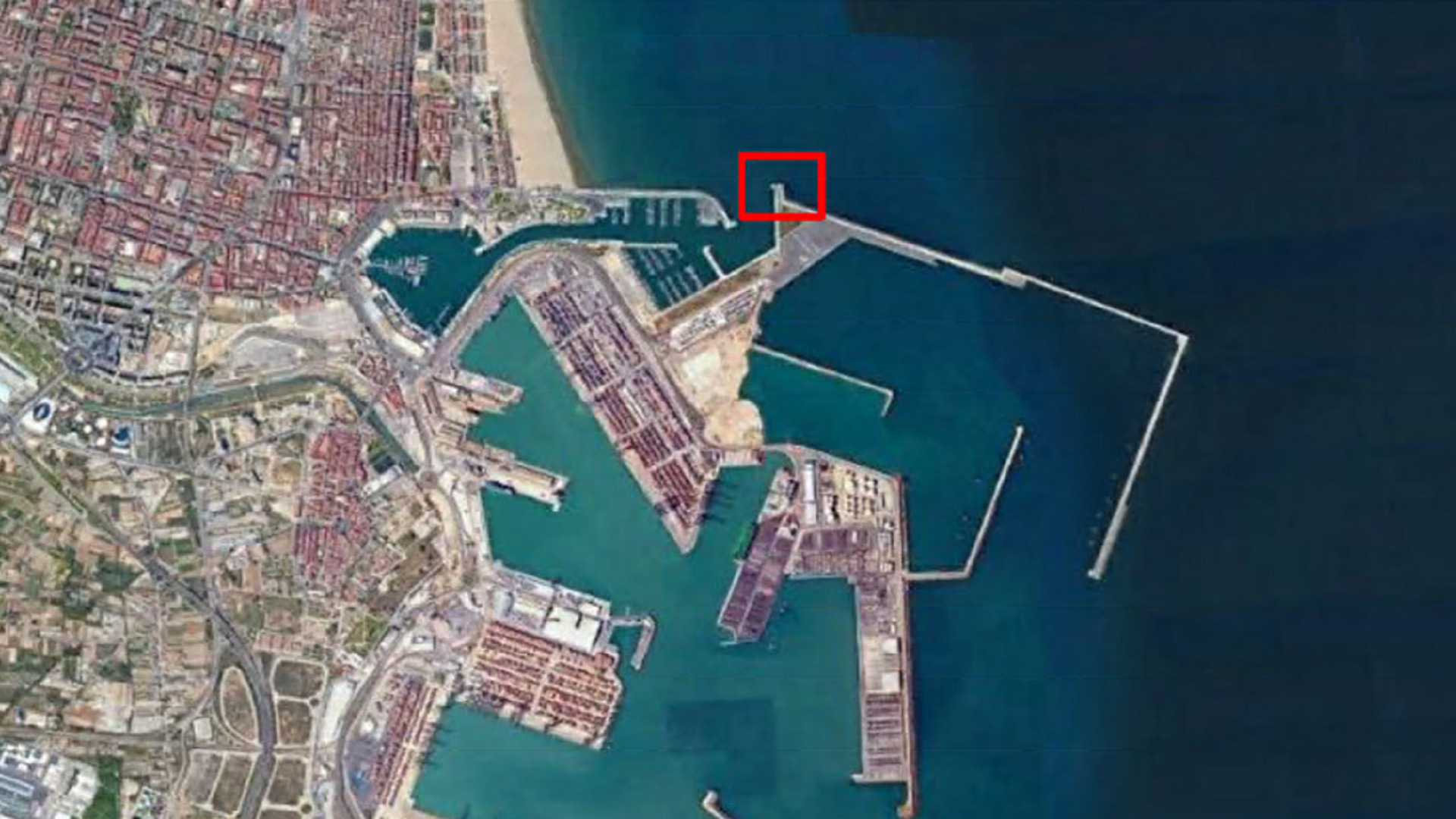 This innovative project is 50% co-financed by the City Council and the European Union. It will be in the “hammer” of the Marina, in the northern part of the port of Valencia, where the force of the waves is more favourable.

Federico Torres, head of Ecological Transition of the Port Authority of Valencia emphasised that “this initiative is in line with the strategic line of decarbonisation and the promotion of renewable energies of the Valenciaport 2030, zero emissions plan”.

The Port Authority of Valencia (PAV) and the city council of Valencia have signed an agreement for the installation of a device for the generation of electrical energy from waves to be in the Marina of Valencia. The Councillor for Climate Emergency and Energy Transition, Alejandro Ramon, and the PAV’s Head of Energy Transition, Federico Torres, explained the objectives of the WEC (Wave Energy Converter) initiative this morning at a press conference.

Through this agreement, the Port of Valencia grants the City Council of Valencia the authorisation to occupy the port public domain for the installation of a device for the generation of wave energy. In this case, the City Council’s proposal is made within the framework of the H2020 MAtchUP demonstration project financed by the European Commission, which plans to develop an innovative and sustainable technological solution to produce energy by harnessing the action of waves, with great social and environmental repercussions.

This wave energy collector, due to its characteristics and its own functionality, will be in the hammerhead of the access channel of the Marina de Valencia, an area where the waves have an unobstructed impact. In this area, due to both the orientation and the morphology of the outer breakwater (vertical breakwater), the reflection of the waves on the vertical wall itself increases the wave height and therefore the wave energy. The device will occupy a total surface area of 105 m2, corresponding to 77 m2 of land and 28 m2 of water surface.

Federico Torres stressed that “this project is in line with the PAV’s strategic line of decarbonisation and the commitment to renewable sources within the framework of the Valenciaport 2030 objective, zero emissions. From the Port Authority we are making a commitment with concrete actions with initiatives such as the electrical substation that will supply energy to ships in port, the installation of photovoltaic panels or the location of wind turbines to produce wind energy”.

The head of the PAV’s Energy Transition area congratulated the City Council on this initiative which “fits in perfectly with the common project to convert the city of Valencia into a decarbonisation zone which benefits the whole of Valencian society”.

The WEC (Wave Energy Converter) project will generate around 130,000 kilowatts per year, which will be equivalent to reducing the city’s annual CO₂ production by 16 tonnes.  This innovative action is 50% co-financed by the City Council and the European Union. Councillor Alejandro Ramon explained that “the works will begin in 2022. We hope that after the summer they can start and that, in 2023, the waves of this city can be used to generate electricity.

The operating system is simple and consists of the installation in the sea of a device, like a float, which is connected to a hydraulic arm. Energy is generated by the constant and repetitive lifting and submerging movement of the float. The cost of the device is 495,000 euros. València City Council will put this project out to tender in the next few weeks and it is expected to be operational in 2023.