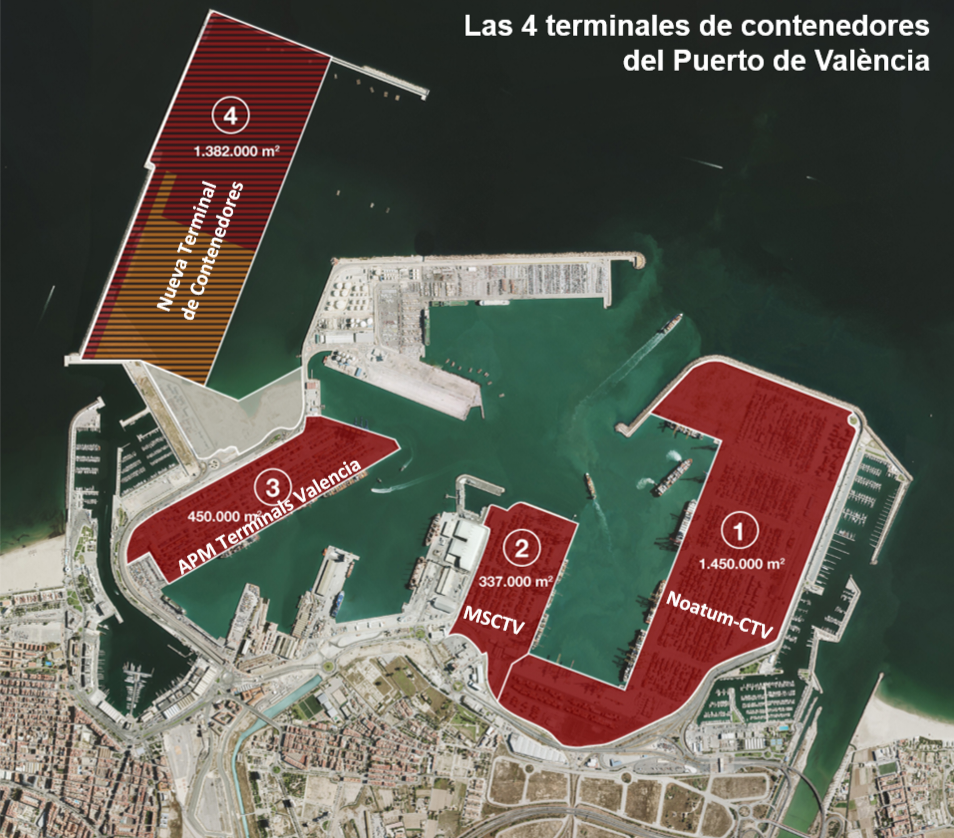 In its investment project, the company TIL (MSC group) is making a strong commitment to rail intermodality: transport of goods by train/ship

The terminal will have a 1 km long track bed with a capacity for 6 trains. It is the most ambitious electrified rail project inside a port of those currently planned in the world

The economic impact of the port of València, once the new terminal is completed, will represent in terms of added value 2.27% of the whole of the Valencian Community and employment will exceed 44,000 jobs, with an average salary of around 32,000 euros per year

Each euro invested in the equipment of the new northern terminal will generate a total effect of 1.56 euros in the productive fabric of the Valencian economy

València, May 1st, 2021.- The container terminal planned for the inland waters of the northern extension of the Port of Valencia is a clear example of an infrastructure that combines sustainability and growth. On the one hand, the new terminal will be the most environmentally advanced in the world, and on the other hand, it will contribute to generating employment and wealth in the Valencian Community and Spain. This infrastructure will strengthen Valenciaport’s position in the Mediterranean and its role as a driving force in the Spanish economy.

In terms of the environment, the new container terminal will be a smoke-free space, as it will minimise CO2 emissions by supplying electricity to cranes and yard machinery, and to container ships. The project presented by TIL/MSC to Valenciaport includes the electrification of 98% of the driving components and installations of the terminal; and in addition, 100% of the electricity will come from renewable sources, which in turn will imply a 98% reduction in CO2 emissions.

Along these lines, the high level of automation of the equipment and operations, the use of advanced traffic prediction systems, the design of the buildings with energy efficiency criteria, and the external lighting system with LED-type luminaires will enable energy consumption to be minimised. This project is part of the “Valenciaport 2030, Zero Emissions” objective, which is based on actions that include a firm and decisive commitment to the implementation of renewable energies with investments in wind and photovoltaic energy, the construction of a new electrical substation that will allow ships docked in the port to be connected to the grid, the implementation of hydrogen projects in port facilities and machinery, and plans for the supply of LNG to ships.

In its project, TIL makes an important commitment to intermodality and offers to develop a railway terminal equipped with 6 tracks of 1,000 metres in length, with a capacity to move 305,000 TEUs/year by rail.

In addition, the automation of certain processes of the infrastructure will mean the creation of a technological cluster around it with the consequent creation of highly qualified employment.

The new container facility will create new qualified jobs and will boost the economic activity of the Valencian Community and Spain.  The terminal will involve an investment of close to 1,400 million euros: up to 400 million public (with public financing which will be guaranteed and covered by the Port through its daily operations) and 1,021 million private (committed by TIL in its Investment Plan). All this will generate an important economic impact both in the construction phase and when it comes into operation. 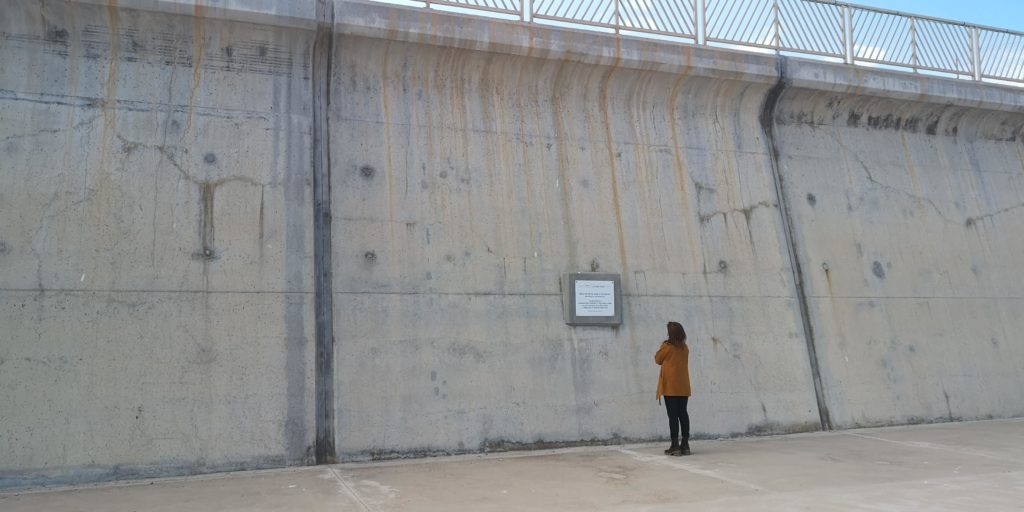 This study was presented in February 2020 and was the result of collaboration between the Universitat Politècnica de València (UPV), the Valencian Business Confederation (CEV), the Chamber of Commerce of Valencia and the business association, Propeller Valencia.

Among its final considerations, and in terms of employment, it was concluded that: