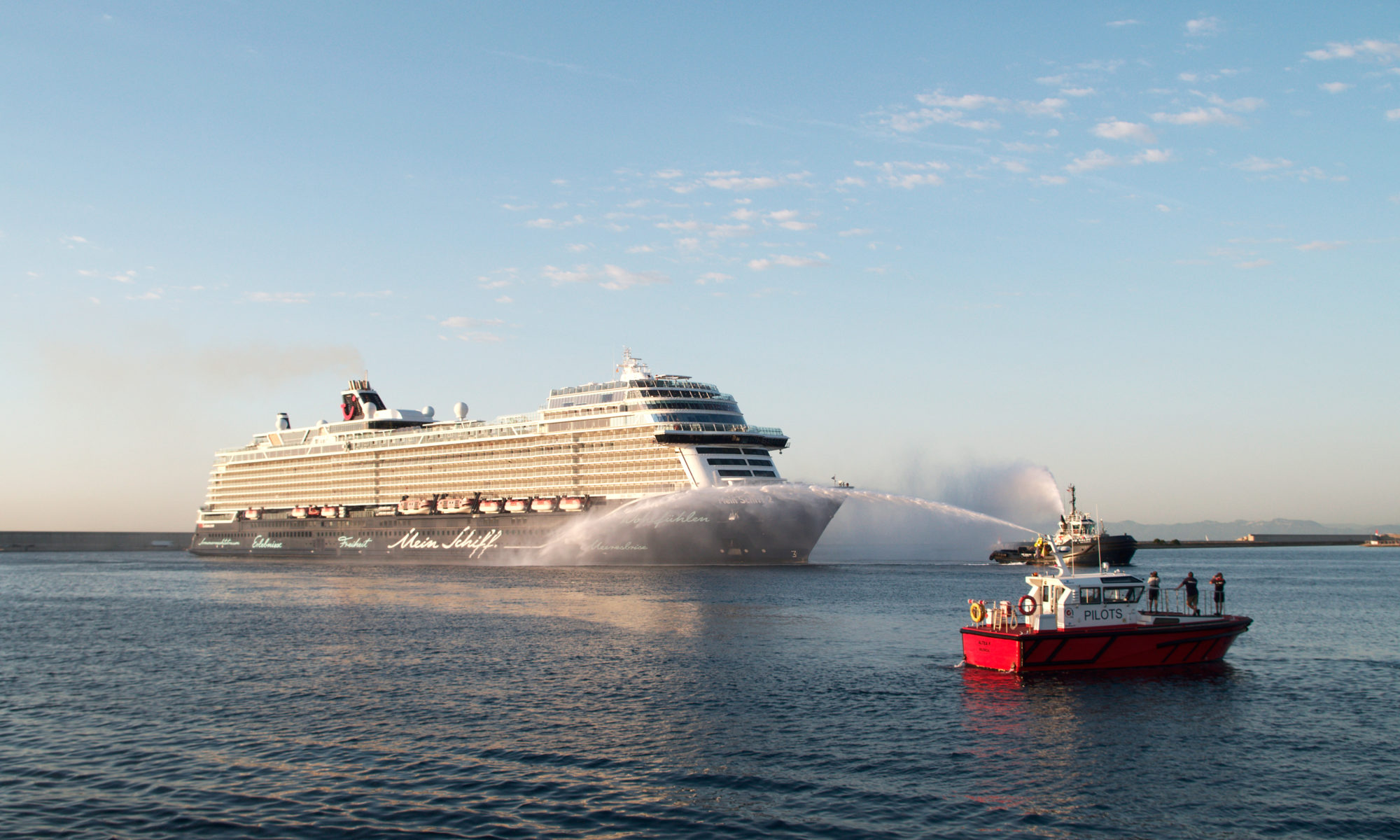 After 15 months of inactivity, the cruise ship of the TUI shipping company, with German passengers but only calling at Spanish ports, docks in València

The tourists who disembark in Valencia will be taken on “bubble” excursions to follow their traceability and guarantee their safety and that of the public. In these first operations it will not be possible to make visits on their own

In this stopover, where they have been welcomed with “Paquito el Chocolatero”, excursions have been programmed in safe groups to Chulilla, the Albufera, the caves of San José in Vall d’Uixó or panoramic visits to València

The shipping companies have established exhaustive protocols for boarding, on board, disembarking and during the visit in transit to Valencia, an operation that took place today

València, June 27th, 2021.- Early this morning, the Mein Schiff 2, the first cruise ship to arrive at the Cap i Casal after 15 months of stoppage due to the COVID-19 pandemic, entered the North entrance of the Port of Valencia, escorted and welcomed by water bows from two tugs of Boluda Towage Spain. More than 800 tourists of German nationality, have been welcomed with Valencian music such as “Paquito El Chocolatero” or paso doble songs.

With the arrival of the TUI ship, the Valencian port restarts the cruise activity. It is a cruise ship which is making a peninsular itinerary with stops only in Spanish ports, arriving from Alicante and which will leave late in the afternoon from Cruise 1 pier to its next destination.

The COVID-19 health and safety protocols make it necessary to maintain a very controlled activity of the movements and interactions of the passengers who, from first thing in the morning, are disembarking in a staggered manner to go on some of the previously contracted excursions. The head of cruises of the Port Authority of Valencia (APV), Francesca Antonelli, explained that “the safety of both citizens and tourists is now the priority of these excursions that the passengers of this first cruise ship arriving in Valencia are going to make. All the agents involved must assess these first pilot experiences, ensuring the traceability of the tourists in these bubble groups on excursions arranged to comply with all the health safety protocols required by the COVID-19, with no possibility for passengers to go down to their destination on their own. As the pandemic evolves positively, the situation will improve and return to normal.

After disembarking with music, the cruise passengers were transferred in groups by bus (with half the capacity) to their excursions around the city and its surroundings. These visits were previously arranged, always accompanied by their guide and with a plan to comply with security measures. At present, passengers are not allowed to go down to their destination on their own. On this first cruise stop after the COVID-19 stopover, the cruise passengers have visited several places of interest in the city of Valencia (historic centre, the river and nursery parks, as well as the City of Arts and Sciences), but there are also groups that have toured the Albufera, enjoyed the “adventure” in Chulilla or visited the Coves de Sant Josep in La Vall d’Uixó. 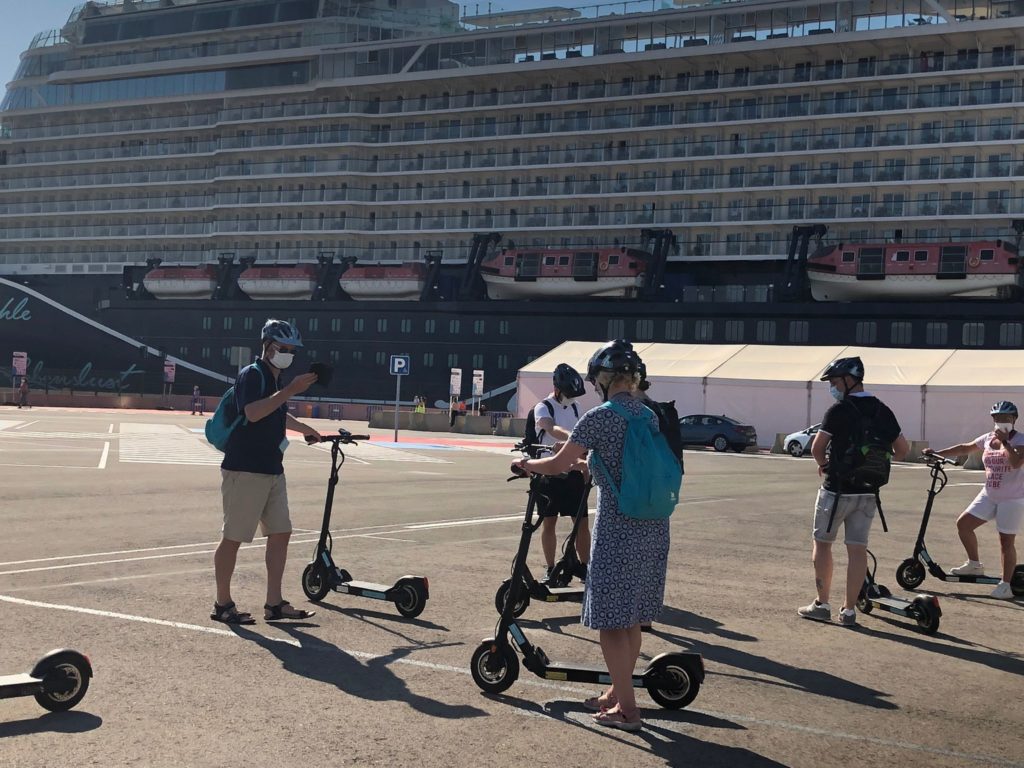 The head of cruises of the APV has reminded that prior to the arrival of the Mein Shciff 2, the TUI shipping company complies with the safety and prevention measures set out in the “Protocol of control and prevention of the COVID-19 for cruises on passenger ships docking in ports of the Valencian Community” established by the Conselleria de Sanitat (Valencian Ministry of Health).  In addition, for this cruise ship operation, all the companies involved (Port Authority, the shipping agents Intercruises and Erhardt in Valencia, the Trasmediterránea terminal, and the tour operator Intercruises), the Regional Ministry of Health and the tourism promotion bodies have worked intensively to guarantee safety.

For this reason, a varied tourist offer has been developed in the city and its surroundings with “bubble” excursions. These are guided excursions in small groups and encourage outdoor experiences. At all times, until the epidemiological situation improves and health protocols so indicate, the priority is to limit interaction with the local population to minimise the risk of contagion. Hence, these first passengers arriving in Valencia will have their itineraries limited to the plans designed by the companies in collaboration with the APV.

The opening of the cruise sector was long-awaited news for the entire sector involved in this activity, which is expected to progress positively in the coming months. The APV expects international cruises to resume in the port of Valencia in July. At the moment, the shipping companies are reorganising their routes and presenting the health protocols to the destinations.  For the moment, the Port of Valencia will welcome the Mein Shiff 2 again on 11 July.