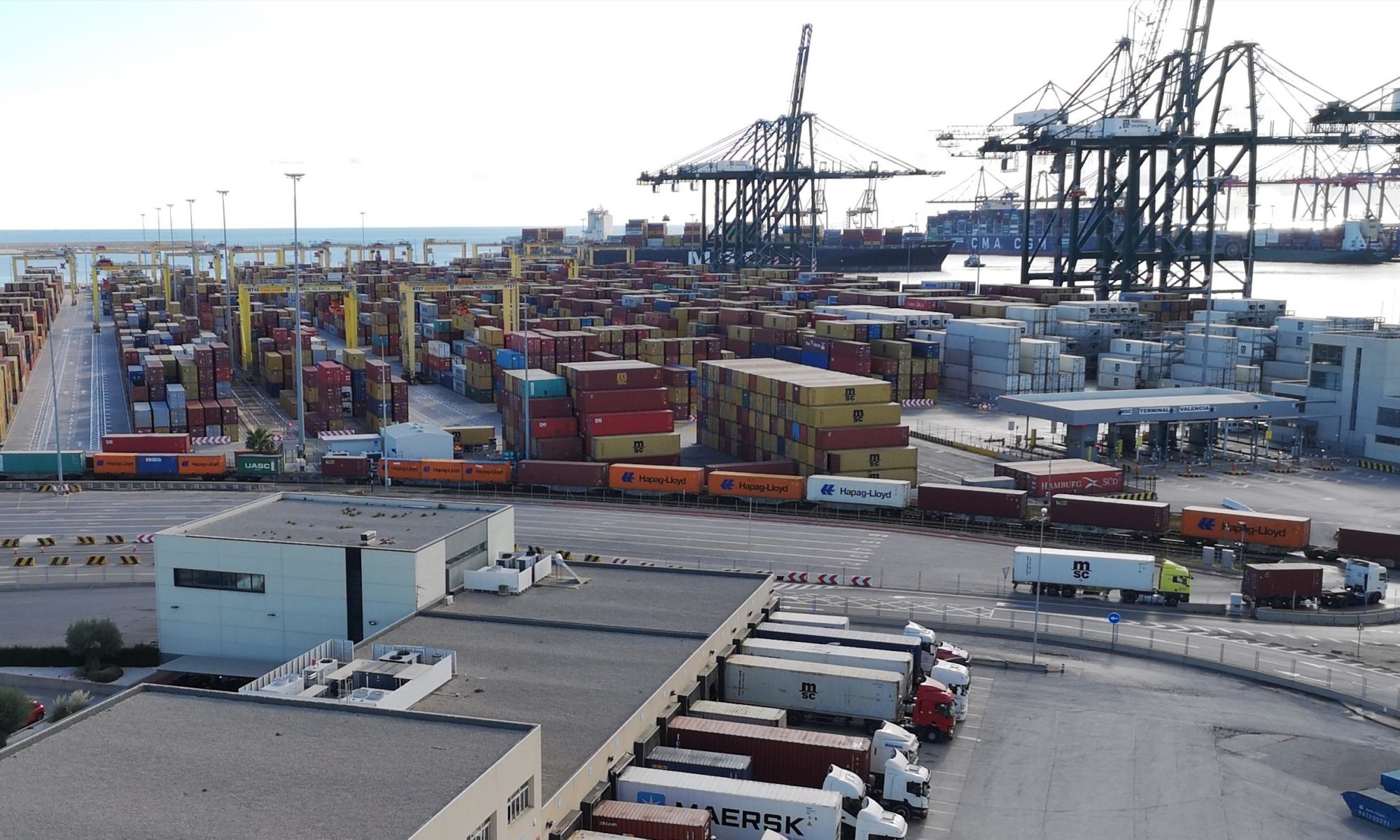 The export dynamism of sectors such as construction materials, which grew by 26.66% between January and October compared to the same period in 2020, the agri-food industry (21.8%) and iron and steel products (27%), continues

València, November 19th, 2021.- The figures say it: Valenciaport is the ally of the Valencian and Spanish business fabric to increase sales abroad, a symbol that the production centres are operational and Spain’s client countries are acquiring products. In year-on-year terms (November 2020-October 2021), the number of containers full of cargo dedicated to exports has reached 1,085,886, which represents an increase of 17.45% over the previous year. Import containers; full containers unloaded last year totalled 813,956, which represents an increase of 16.93%; while transhipment containers (those containers which for strategic reasons are transported to main ports such as Valencia and from there are transferred to the ports of final destination) have grown by 3.28%. On the other hand, in year-on-year terms, empty containers have fallen by 0.22%, especially transhipment containers, which have fallen by 21.51%.

A trend that is also followed in the accumulated data from January to October. During this period, full containers of cargo (export) increased by 17.84%, those of unloading (import) by 17.15%, those of transit or transhipment fell by 0.96% and empty containers by 0.25%.

The data for the month of October alone indicate, according to the Valencia Port Authority (PAV) Statistical Bulletin, that full TEUs for export grew by 1.75%, those for import by 5.06%, full TEUs for transhipment fell by 19.5% and empty TEUs fell by 28.23%.

These data highlight the activity of the Valenciaport docks in the loading and unloading operations of the companies in its area of influence, and show the important export/import activity in the docks of the València, Sagunto and Gandia enclosures, which have detected a diversion of transhipment containers to other port facilities. 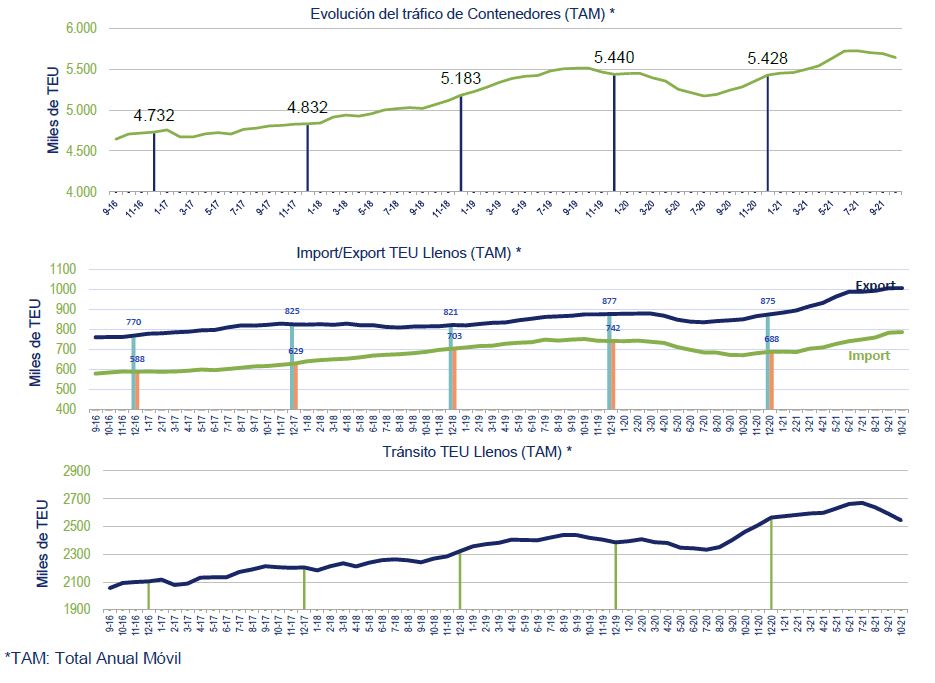 By weight of goods, between January and October of this year Valenciaport has moved more than 71 million tonnes, which represents an increase of 7.42% compared to the same period in 2020. In this context, liquid bulk has grown by 37.14%, solid bulk by 16.66%, non-containerised goods by 18.35% and containerised goods by 3.55%.

In this period, ro-ro traffic (a system by which a vessel transports cargo on wheels) has exceeded 10.87 million tonnes, 17% more than between January and October 2020. The transport of automobiles under the goods regime amounted to 415,247 units, a similar figure to the previous year.

Regarding passenger traffic, the number of passengers in the first ten months of the year amounted to 526,950 people, 41.48% more than in the same period of 2020. It should be noted that, after the stoppage of cruise passengers, the sector has been activated since the end of June with the arrival of 109,386 passengers, quadrupling the 2020 figures.