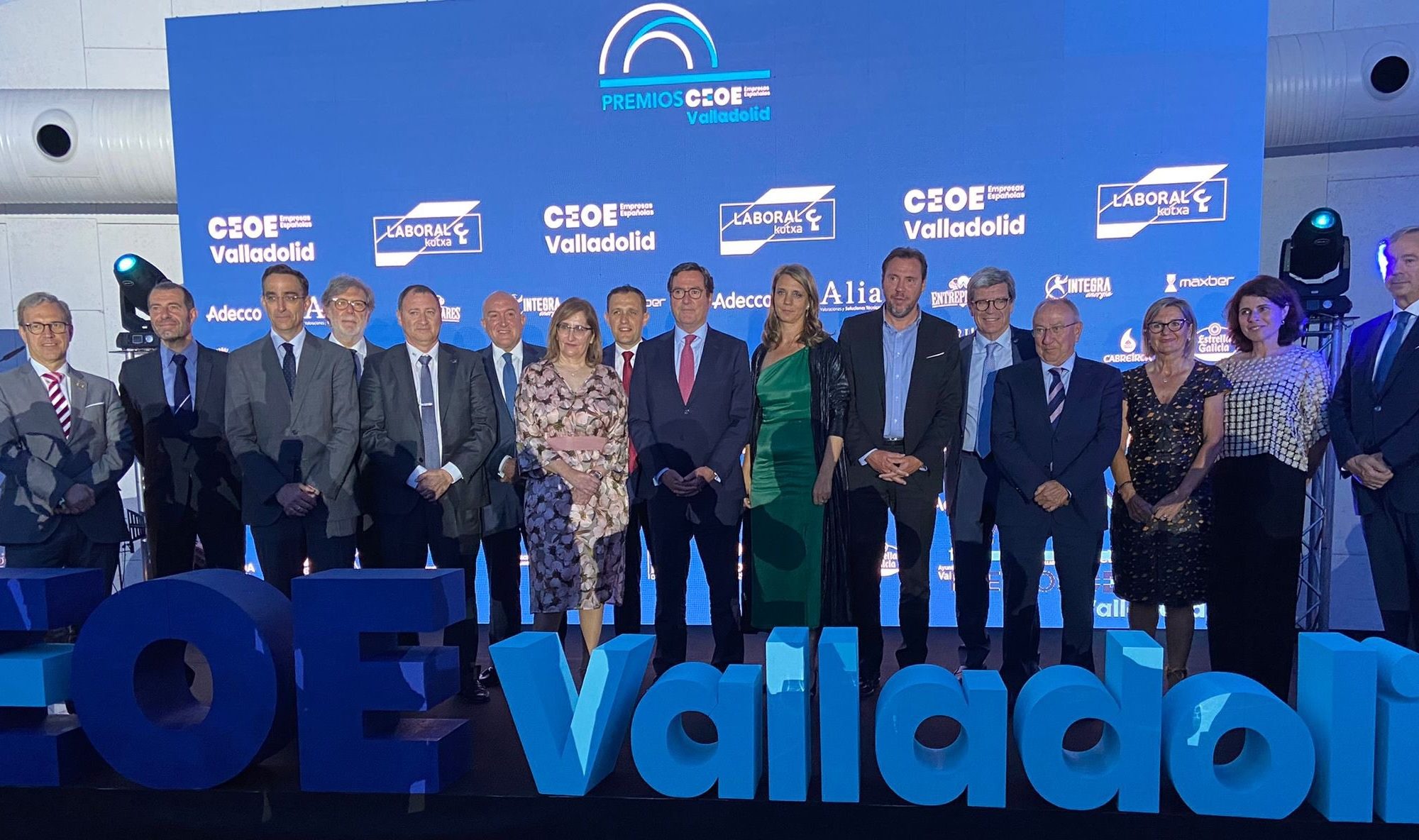 The president of the Port Authority of Valencia (PAV), Aurelio Martínez, expressed his gratitude for this award, which highlights the work of Valenciaport in the service of Spanish companies

Valenciaport is a leader in connectivity, competitiveness and environmental sustainability

València, June 1st, 2022.-The Valladolid Confederation of Employers, CEOE Valladolid, has distinguished the Port Authority of Valencia (PAV) in ‘La Noche de las Empresas’ which was held in the capital of Valladolid, in recognition of the work carried out by the ports of Valencia, Sagunto and Gandia at the service of the Spanish business fabric. Valenciaport is a leader in connectivity, competitiveness and environmental sustainability.

The president of the PAV, Aurelio Martínez, expressed his thanks on behalf of the port community for this award which “highlights the commitment of Valenciaport to Spanish export/import companies. We are the strategic ally so that our business fabric can sell its products to any corner of the world and industries can manufacture their goods”. “In 2021 we handled almost 2 million export and import containers, and this is where the service provided by the port to the companies in our hinterland is manifested, representing 41% of the full export and import containers moved by the Spanish port system”, explained Aurelio Martínez.

In the case of Valenciaport, the site maintains connections with almost 1,000 ports in 168 different countries (87% of the countries in the world). The Valencian docks operate with a hundred regular lines managed by 35 different shipping companies. It has many regional connections that provide a great capillarity to the transport of goods through Valenciaport, making it the best and most efficient option for maritime trade in southern Europe. In fact, the Port of Valencia is the leading container port in Spain and the fourth in Europe, and is the leading European port in the Mediterranean.

The PAV has already won this year’s World Sustainability Awards 2022 at the gala organised by the International Association of Ports and Harbors (IAPH) in Vancouver. An award that highlights the port’s commitment to sustainability and decarbonisation in different areas such as infrastructures, renewable energies, digitalisation and R&D&I. There are now four Valenciaport initiatives that have been recognised by these World Sustainability Awards in recent years.

For the PAV, sustainability is an essential objective, as stated in its zero emissions strategy for 2030. To this end, it is carrying out initiatives such as H2PORTS to establish the use of green hydrogen in its operations, the installation of an electrical substation to connect the ships’ engines to shore power while they are berthed in the Port of Valencia, the location of photovoltaic plants or the installation of wind turbines to generate wind energy. In addition, it is committed to digitalisation and new technologies to implement sustainable actions. In recent years, the PAV has developed more than 200 R&D&I projects, many of them focused on sustainability issues, and has promoted initiatives such as Opentop – Valenciaport’s Innovation HUB or SuperLabPorts. These actions have positioned the Port of Valencia as an international reference in the fight against climate change in maritime transport.

CEOE Valladolid held the Business Gala “La Noche de las Empresas” at the Cúpula del Milenio in Valladolid, an event in recognition of the efforts made by our companies to maintain and create jobs, generate prosperity and contribute to the development of Valladolid and the attraction of investment to build a more prosperous Valladolid. Specifically, the PAV received the CEOE Valladolid 2021 Institutional Recognition Award.