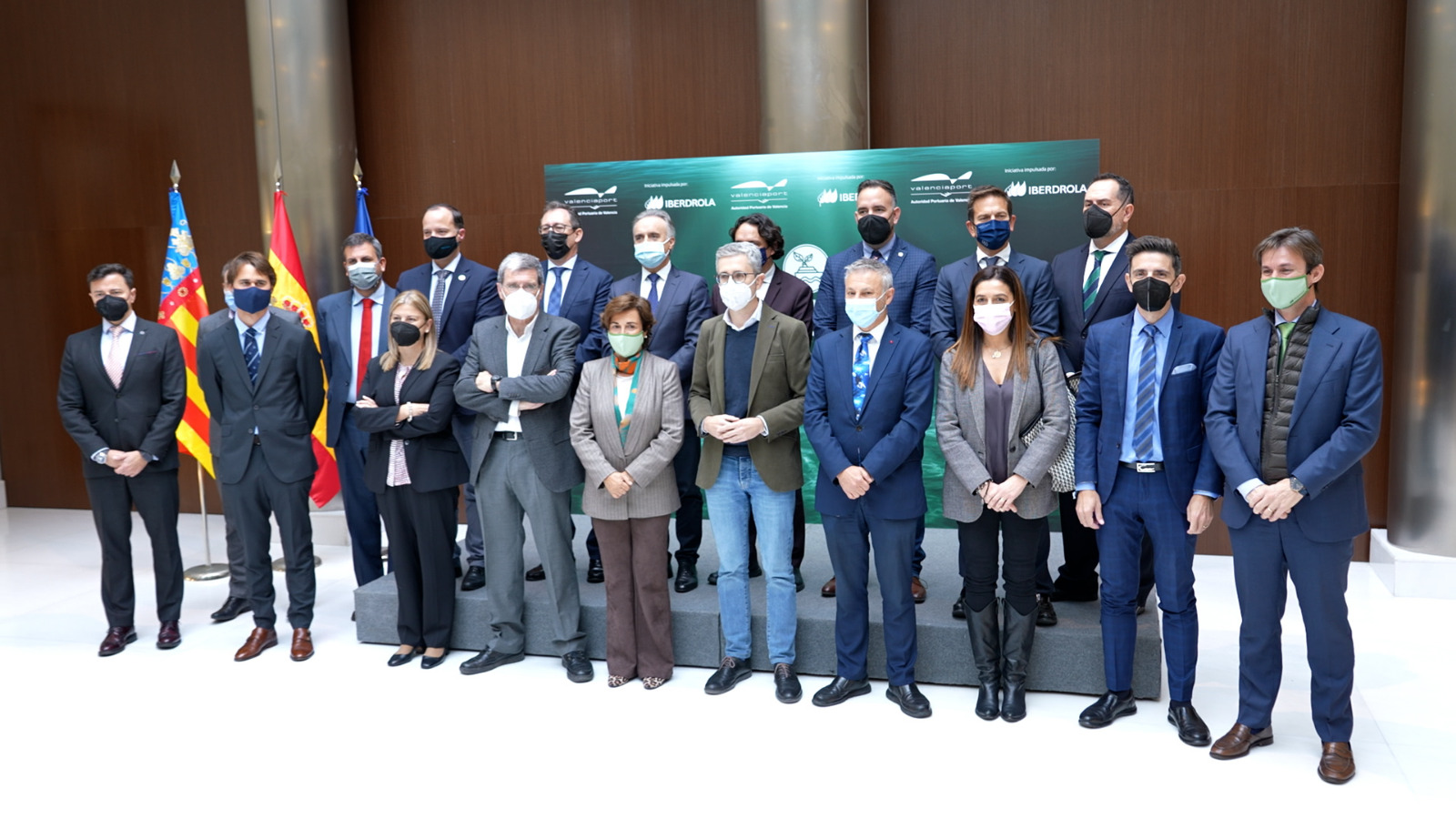 The president of the Port Authority of Valencia (PAV) has indicated that “the ports are more than just trade and employment, we are culture, prosperity and we have the responsibility to be sustainable not only economically but also socially and environmentally”

The project is promoted by Iberdrola together with more than 20 companies and entities such as the Port Authority of Valencia, with the support of Puertos del Estado

The president of the Port Authority of Valencia (PAV), Aurelio Martínez, has pointed out that “the ports must mitigate the effects of climate change by playing a proactive role, as Valenciaport is doing, with facts and results in the fight against climate change”. Thus, between 2008 and 2019, the activity of Valenciaport has grown by 42%, while the emission of CO2 per tonne managed has been reduced by 30%.

During his speech at the presentation of the Net-Zero MAR alliance, the president of the APV pointed out that “maritime transport is responsible for 2.89% of total emissions. We are undoubtedly the most efficient means of transport, but the enormous volume of goods and passengers transported translates into a high level of emissions. It is the task of all of us to meet these challenges and contribute to solving the environmental problems facing our society”.

The process of energy transition in which the whole of society is immersed is going to need driving force projects which bring together supply and demand, with which to start the journey towards a more sustainable future”, indicated Aurelio Martínez, who added that “the port, which already has a clear strategy for the transition to a more sustainable future, has a clear strategy for the future”, which already has a clear strategy of decarbonisation with an ambitious objective of carbon neutrality by 2030 – Valenciaport Zero Emissions 2030 Plan -, is an ideal scenario both for the operational and logistical advantages it presents, and for the experience accumulated in recent years thanks to its participation in innovation projects and the deployment of new technologies”.

In this regard, he referred to some of the initiatives that Valenciaport has launched “options such as electrification or the use of alternative fuels such as liquefied natural gas have already been tested and installed, and we will be the first in Europe to adopt the use of hydrogen in port operations, thanks to the H2Ports project, for which we received the Green4Sea award”. “In 2020, we received two of the five annual awards that the IAPH grants in the framework of its World Ports Sustainability Programme (WPSP). Specifically, awards were given for the efforts made in the promotion of the circular economy in the port area – Loop-Ports Project – and the sensorisation and reporting of environmental parameters through the European Green and Connected Ports project. All this has been possible thanks to the commitment and involvement of the Port Community”.

Along these lines, the president of the PAV indicated that “Valenciaport 2030 zero emissions is an ambitious plan of a strategic nature, with specific objectives and measures designed and applied to suit the different actors operating within the Port: Land Transport, Terminals, Technical-nautical Services, Maritime Transport, etc…”. Martínez pointed out that “the Port of Valencia is open to collaborating in all those initiatives which contribute to progressing towards the total decarbonisation of our economy, which is why it participates in future initiatives with our immediate environment, such as the Valencian Green Hydrogen Strategy, led by the Generalitat Valenciana, or the H2_VLC programme, promoted by the Valencia City Council and the Polytechnic University to promote the use of green hydrogen in transport and logistics”.

Finally, the president of the PAV stressed that “the ports are more than just trade and employment, we are culture, prosperity and we have the responsibility to be sustainable not only economically but also socially and environmentally”.

The Port of Valencia has hosted the presentation of the Net-Zero MAR Alliance, a non-profit collaborative platform, which aims to promote the decarbonisation and electrification of the maritime sector in Spain and which will be available to all agents, companies and institutions that wish to join forces to reduce polluting emissions generated by infrastructures and maritime transport.

The event was attended by the President of Puertos del Estado, Francisco Toledo; the Regional Minister of Territorial Policy, Public Works and Mobility, Arcadi España; the CEO of Iberdrola España, Ángeles Santamaría, as well as the President of the Port Authority of Valencia, Aurelio Martínez, and representatives of the other entities promoting the initiative.

The Net-Zero MAR Alliance, promoted by Iberdrola together with more than 20 companies and organisations, and with the support of Puertos del Estado, was created with the intention of positioning the Spanish maritime industry as a leader in the electrification of ports and in the decarbonisation of maritime transport, as well as establishing a common roadmap, making it a pioneer in Europe, to achieve this objective.

To this end, this platform will serve to facilitate the development of industrial decarbonisation initiatives, foster a context of innovation and digitalisation throughout the sector, promote the regulation that enables the adoption of new technologies and alternative fuels, make itself available to the public administration for the adoption of measures aimed at achieving the national, European and global objectives of decarbonisation and electrification, and transfer the success stories in Spain to the European sphere.

International maritime transport, which handles 80-90% of world trade, is responsible for around 3% of global greenhouse gas emissions. To curb the emissions caused by this activity, the International Maritime Organisation has set the ambitious target of reducing emissions from maritime transport by at least 50% by 2050, which means that action must be taken to reduce emissions in all activities related to ports and the use of low or emission-free alternative fuels in transport.

To achieve this goal and enable the transition to full decarbonisation of the sector, close collaboration and deliberate collective action will be needed between actors along the entire value chain, including the maritime industry, the energy sector, the financial sector and governments, as well as intergovernmental organisations.

First members of the Alliance

The Net-Zero MAR Alliance will be a benchmark in the decarbonisation of the sector and is designed to be inclusive and open to anyone who is aligned with its objectives.