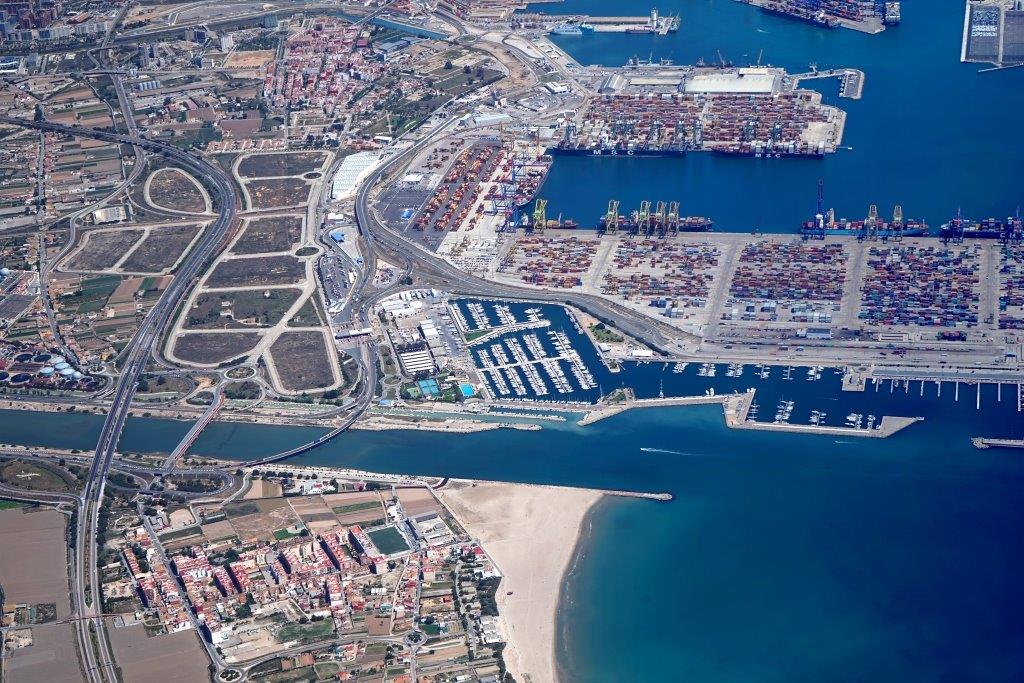 The projects of Raminatrans Group, QA Pimba, MSC and Medlog Iberia will generate an investment of more than 73 million euros and the creation of 1,500 jobs

València, June 3rd, 2020.- The Board of Directors of Valencia Plataforma Intermodal y Logística (VPI Logística) has approved the award of four blocks or plots of land in the Logistics Activities Zone (LAZ) to the companies Grupo Raminatrans, QA Pimba, MSC and Medlog Iberia, firms that submitted their bids and opted for surface rights to develop their business projects in the logistics platform facilities. The award of VPI Logística (a company in which the Port Authority of Valencia holds a 98.4% stake) is conditional on the completion of the work and the reception of the land conditioning by the City Council of Valencia.

With this award, a further step has been taken towards activating a strategically important logistics infrastructure for the city of Valencia, the region of Horta, and for the Port of Valencia.

The Special Plan of the ZAL was promoted, approved and signed in December 2018 by the vice Ministry of Housing, Public Works and Territorial Planning of the Generalitat Valenciana; which introduced important environmental and mobility improvements, with respect to the previous project.

The Port Authority of Valencia has highlighted the importance for the awarded companies to be able to start developing their projects in the LAZ, an initiative that will serve as a stimulus for the reactivation of the economy and the creation of employment with the execution of the works carried out by the four awarded companies to develop their logistics and business projects and the development of their operational activity.

In this regard, it should be noted that the Ministry of Transport reported last week that the Public Business Land Entity approved on June 23rd the contract file for the works for the municipal reception of the LAZ of Valencia, for an amount of 5.3 million euros and an execution period of 10 months. For the Ministry of Transport, “with the execution of these works and their municipal reception, an area that will be an economic engine for the whole region will be consolidated for the city”. This project contemplates the repair and tuning of the sewage system, pavements and paving, gardening and irrigation and lighting in the Logistics Zone so that the facilities of this logistics platform are fully operational before the landing of the awarded companies.

73.4 million, an investment that will create 1,518 jobs (188 direct and 1,330 indirect). The planned investment and employment are in line with the estimates made by the PAV and are in line with the jobs that this type of activity generates in other port logistics areas. The companies that will set up in the LAZ of the port of Valencia have undertaken to hire long-term unemployed people and people at risk of social exclusion. In all cases, the business projects have a strong ecological component, either through the installation of complex energy saving systems and photovoltaic plants or through the commitment not to contract electricity supply from fossil fuels.

The first 4 companies in the LAZ

The Valencian company Raminatrans Group has committed to an investment of 9.21 million euros to build a logistics warehouse to temporarily manage customs warehouses, order preparation, packaging and labelling of goods. This warehouse will cover an area of 15,496 m2 on a plot -the F2 in the LAZ plan- of 24,863 m2, that is, the facility will occupy 62% of the area it is intended for.

Raminatrans Group is evaluating the impact of its project in terms of employment in 50 direct jobs and another 150 indirect ones. In its offer, Raminatrans is committed to hiring in the neighbourhoods near the LAZ and to guaranteeing gender equality in its hiring with parity between men and women. The company also undertakes to collaborate with local NGOs and will use the association Enkadena, a temporary employment agency that employs former prisoners in the area, to offer jobs. Raminatrans has named its plan for the LAZ as “Project Zero” since it will be a building with zero CO2 emissions.

For its part, the also Valencian company QA Pimba plans to invest 8.63 million euros to build a 21,512 m2 building on plot G2. With these figures, the percentage of occupation of this plot is 64%. In terms of jobs, the project of QA Pimba expects to generate 53 direct jobs and 180 indirect ones.

In its business project, QA Pimba is committed to prioritizing employment for residents in the area of the LAZ and to developing a CSR policy committed to its closest environment. In environmental matters, the company details investments in solar, thermal and photovoltaic energy and commitments to reduce CO2.

Regarding MSC, its project includes an investment of 19.86 million euros for the construction of a 20,200 m2 warehouse to be located on plot A2, which represents 60% of the location of this plot. MSC’s project envisages the creation of 60 direct jobs and 500 indirect ones. In the socio-economic field, MSC is committed to hiring 2% of the employment it generates among people at risk of social exclusion or long-term unemployed. In the environmental field, it proposes to strongly promote the electric vehicle in its facilities and to install 5,050 solar energy generating units that will allow an annual saving in emissions of 785 tons of CO2 per year. The installed power of its photovoltaic plant will be 1,662 Kwp, which will generate 2,040,825 Kwhp per year.

The highest investment offered for a plot of land in the LAZ is proposed by MEDLOG, a business extension of the MSC group. This company has offered an investment of 35.76 million euros for the installation of a logistics warehouse specialized in cold container transport for frozen and refrigerated products. The announced employment is 25 direct jobs and 500 indirect jobs. The company will build a 25,400 m2 warehouse on plot B2 of the Logistics Zone, which will occupy 65% of its 39,600 m2 plot.

MEDLOG is committed to carrying out 2% of its contracts among the group of long-term unemployed or people at risk of social exclusion who live in the area of the LAZ; and as an environmental approach, this company announces that it will request electricity supply from companies that guarantee that the origin of the contracted energy does not generate contaminating emissions; that is, from sources that do not generate CO2. At the same time, MEGLOG is offering to build its own photovoltaic power plant in its premises in the Logistics Zone by installing panels with a power capacity of 2,093 Kwp, for which it will install 6,343 photovoltaic units or modules, capable of generating a saving of 1,074 tonnes of CO2 per year. All the warehouse machines, forklifts, vehicles, etc. will be electric. With these measures, the company aims to obtain BREAM certification.