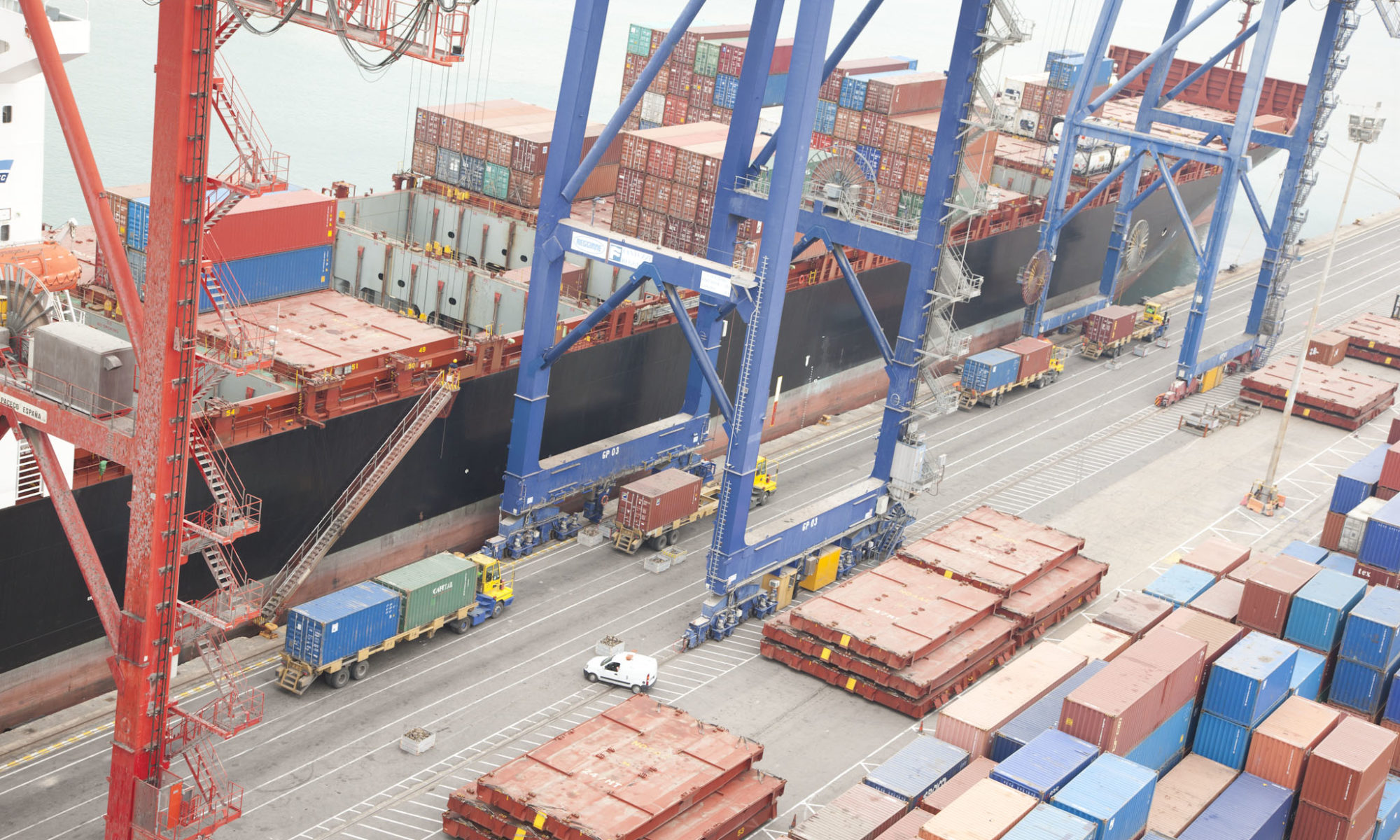 Valenciaport traffic in June shows a change in trend with a more moderate drop than May, the worst month of the Covid-19 crisis

València, July 16th, 2020.- The crisis generated by the health emergency of the Covid-19 continues to mark the evolution of container and goods traffic in Valenciaport, which in June continued to be negative, although the decreases are less than those of last May, a symptom of a slight recovery that is beginning to reflect a change in trend. A trend that can also be seen in the traffic of the first 15 days of July; therefore, if the evolution is maintained, it will soon be possible to say that the commercial flow will already have reached the stage of the economic recovery curve.

Accumulated figures for the year

In the whole year, the data from the Valencian ports reflect the halt in industrial and commercial production during the months affected by the Covid-19, which is reflected in all the economic indicators. Thus, between January and June this year, Valenciaport has mobilized more than 37.3 million tons of goods, 7.87% less than in 2019. The most dynamic sectors have been energy (+35.83) and non-metallic minerals (+31.03), while the agri-food sector has maintained similar figures to the previous year. In this last sector, the increase in exports of canned food by 14.84% or other food products which grew by 20.59% stands out. The rest of the sectors presented negative results such as vehicles and transport with a decrease of 17.72% or construction materials (-12.73%).

As far as June is concerned, the figures are better than in May which was the worst month since the Covid-19 crisis began. Thus, Valenciaport mobilized 392,380 TEUs in June, 10.54% less than in 2019. Full containers fell by 8.34% (in May the fall was 20.76%). Export containers fell by 13.37% (in May -26.27%) and import containers fell by 22.17% (-29.28% in May). Transit containers in June fell by 1.52%. About empty containers, the decrease was 17.58%. From the Valencia Port Authority, a slight recovery from the negative trend generated by the Covid-19 is beginning to be seen, as can also be seen in the first days of July when the export/import TEU curve begins to recover after the lows of the previous months, especially May, which was the month that most affected by the recession of the Coronavirus crisis.

The following graph, which is based on “moving averages fortnightly”, shows how during the first week of May it fell to the lowest point of the crisis in terms of exports or container loads (blue line); and how, from that turning point onwards, a trend towards recovery began, which continued during the first fortnight of July.

The graph also shows how the worst of the import or unloading of containers (orange line) was recorded during the second half of June, from which time the recovery began. This graph shows how the import/export traffics of the ports are currently the best indicators of the economic situation of the country. If exports are increasing, it is because the production centres are operating and Spain’s client countries are acquiring products, while the growth in import traffic is due to the fact that industries are acquiring capital goods or materials to continue production, or because of the arrival of products for final consumption by citizens. 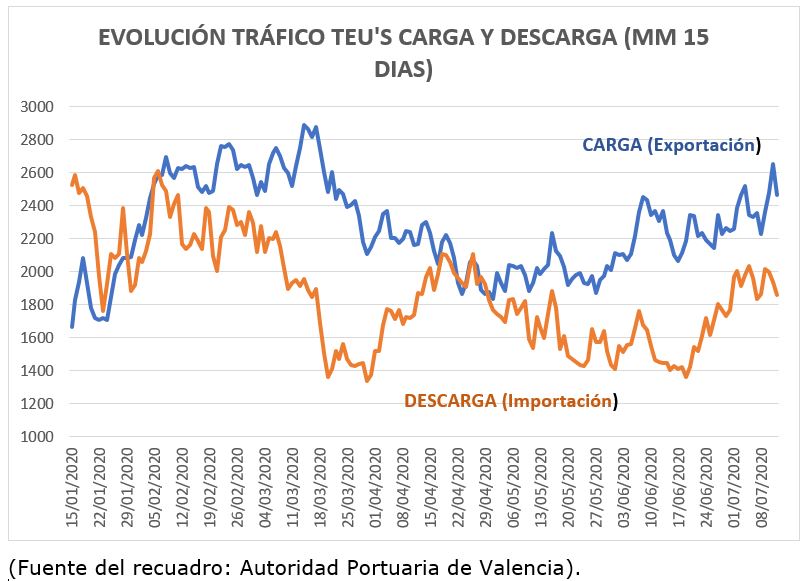 The total traffic of goods managed by Valenciaport in June was 6,119,096 tons, 7.63% less than last year but with a less pronounced decrease than in May when the drop was 18.77%.

By country, the USA continues to be Valenciaport’s main trading partner in container traffic with 254,374 TEU managed in the first half of the year, 3.31% less than in 2019. It is followed by China with 237,492 containers and a fall of 10.67%. The dynamism of Algeria stands out with a growth of 14.74%, Canada with 24.02% or Italy with an increase of 9.05%. By geographical areas, the largest traffic of full TEU has been mobilized in the Mediterranean and Black Sea with a decrease of 6.38% and the Far East where it has decreased by 11.44%.

The Covid-19 crisis continues to affect passenger traffic, which has been affected between April and June by the paralysis of tourist activity and global uncertainty. The total number of passengers on regular lines in the first half of the year was 164,244, 39.08% less than last year, while as in previous months, there were no cruise ship arrivals.