The port terminals have developed a pilot project to supply water to the workers, eliminating the use of plastic bottles

This initiative is part of the “No Plàstic” project promoted by Ecoport Valencia, the Valencia Port Employment Centre and Aportem-Puerto Solidario Valencia

València, June 21th, 2021.- The container terminals of the Port of València have developed a pilot project to supply water to port workers, eliminating the use of plastic bottles. This initiative is a continuation of the “No Plàstic” project, a campaign promoted by Ecoport Valencia, the Valencia Port Employment Centre and Aportem-Puerto Solidario Valencia, in which the Valencian port community plays an active part. 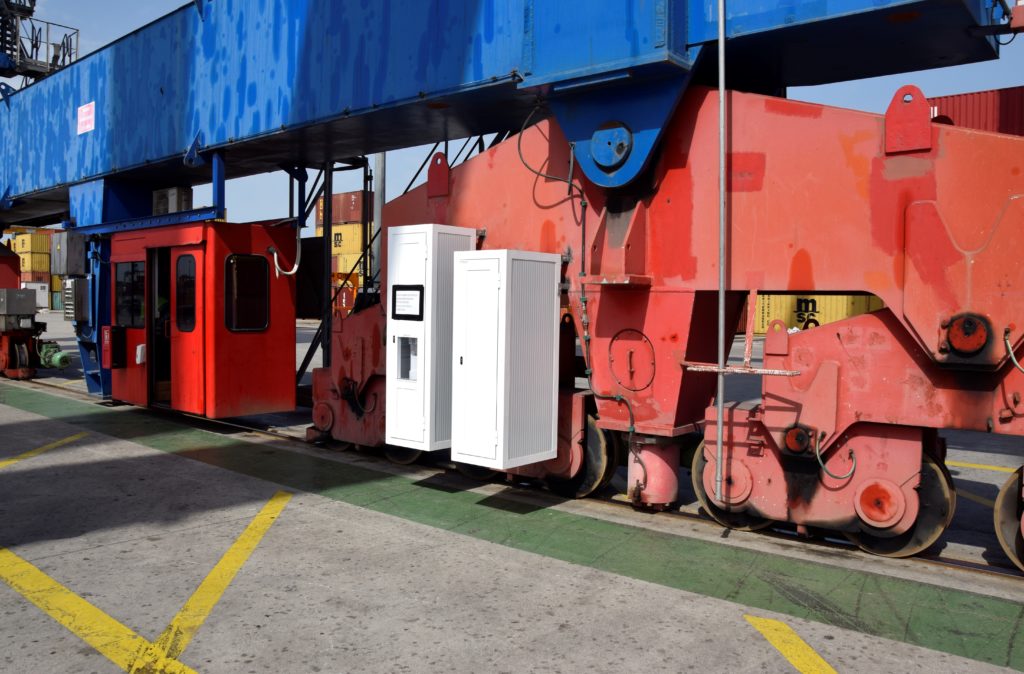 As part of “No Plàstic”, CSP Iberian Valencia Terminal has been the first to implement this new environmental initiative, which the other terminals are expected to join soon.  It is a project to definitively eliminate the use of plastic bottles on the docks with the installation of water dispensing machines at the base of each of its container cranes. For the moment, and in order to test their functionality, two of these machines have been installed on cranes on the Port of Valencia’s coastal quay. They are watertight cabins, isolated from suspended elements, which preserve the hygiene and healthiness of the water, and which allow immediate and clean access to it, as the workers can refill their reusable bottles themselves. 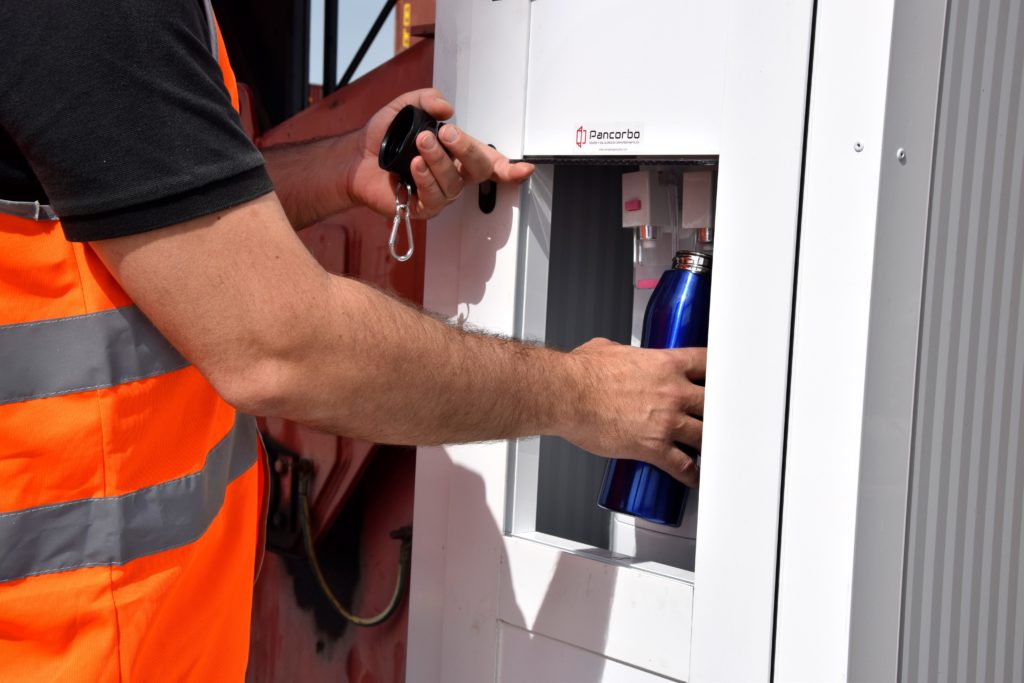 The dock workers work in a multitude of locations, which makes it difficult to supply water and keep it at the right temperature. Until now, the docker was responsible for fetching the water, whereas with this initiative it will be available at the points with the highest concentration of workers. The ultimate goal is that each of the 20 cranes operating at the terminal will be equipped with this new supply system. The project launched at CSP Iberian Valencia Terminal will be joined by the other terminals of the port to achieve the elimination of around one million plastic bottles a year on the Valencian docks.

The group of professionals in the logistics-port sector in Valencia has responded positively to these initiatives. From the very first moment, the workers of all the companies linked to the port have shown their awareness in the implementation of sustainable measures.

It is now two years since the “No Plàstic” project was set up with a very ambitious double objective: on the one hand, to change the paradigm in the use of plastic and replace it with recyclable materials; and, on the other, to raise awareness of the problems generated by the abusive use of materials derived from plastic. Until the outbreak of the pandemic, the port community of Valencia responded with concrete actions, eliminating the use of plastic materials in its daily life, and setting itself the goal of no longer using more than one million plastic bottles per year. Despite COVID-19, the port companies maintained their commitment.

In recent months, the general trend has continued to be the total elimination of plastic in coffee and water machines, as well as the elimination of plastic bottles and their replacement by glass jugs and cups. One of the most widespread solutions has been to provide each employee with a personalised bottle and/or cup to avoid the use of disposable containers. To this must be added the initiative of the Port Employment Centre to distribute almost a thousand reusable metal bottles to dockworkers.

Six objectives in search of the elimination of plastic bottles

This new system to be initiated at the CSP Iberian terminal seeks to comply with all the safety and hygiene measures not only with regard to COVID-19, but also to keep the water in perfect conditions for consumption.

1.- Thermal and light insulation of the water.

2.- Avoid contamination of the water by elements in suspension in the springs.

4.- Avoid cross-contamination while maintaining hygienic conditions at all times thanks to the use of pushbuttons, which allow the machine not to be touched.

6.- High resistance to compensate for movements and vibrations of the cranes derived from port operations.