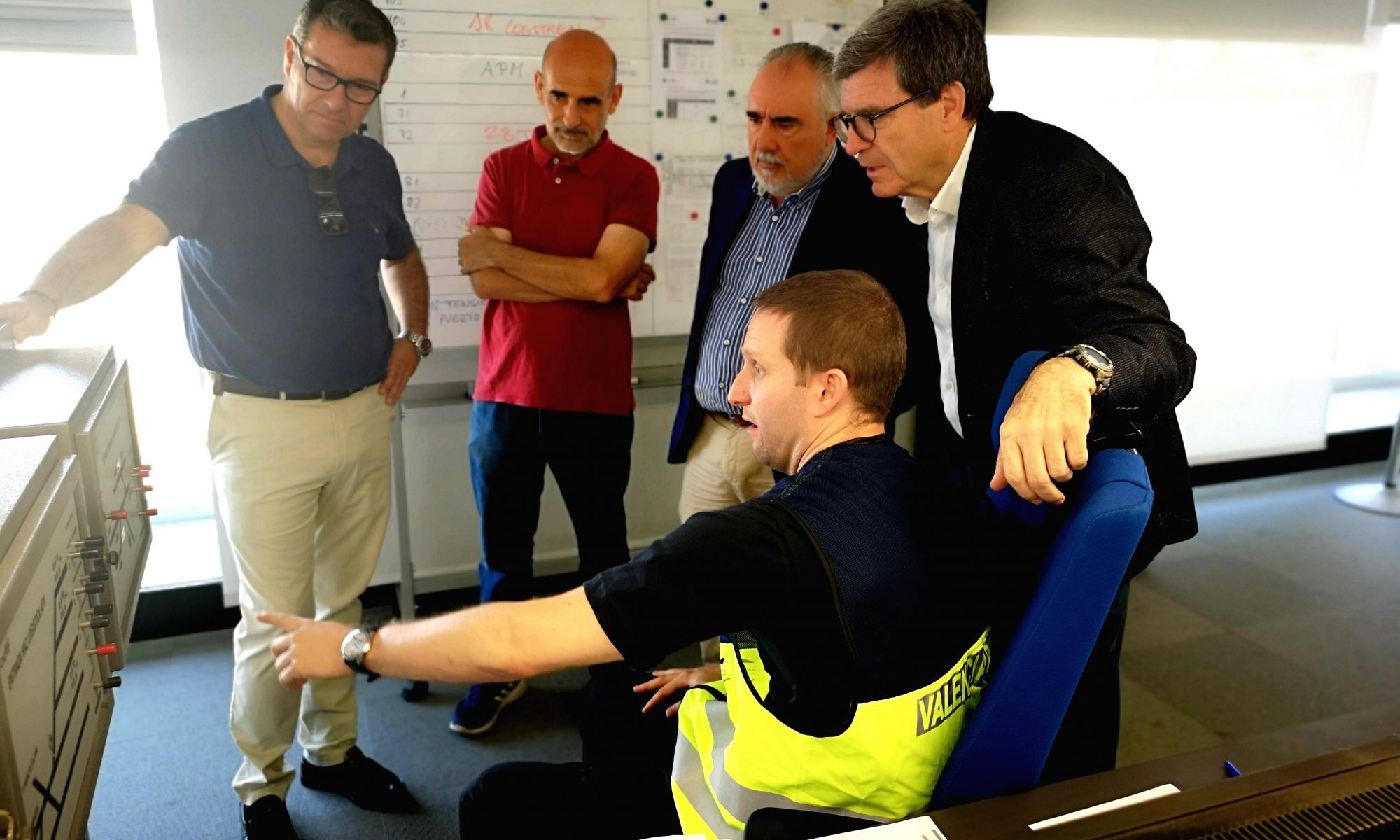 Valencia, July 16, 2019.- The Port Authority of Valencia (PAV) has assumed since July 1 the services of railway traffic management of the trains that connect the terminals equipped for rail transport with the Spanish general network. The assumption of these competences has occurred after the announcement of ADIF not being able to continue providing this service.

The management of the circulation of trains inside the port area of ​​Valencia is carried out by the PAV’s own personnel, originally assigned to other areas and departments; but that has been special and specially formed to obtain all the necessary fittings out of railroad responsibility for the port of Valencia.

“It is a question of an effort that the Port Authority assumes, therefore it implies of readjustment of the existing staff; and of a sample of professionalism of the personnel of the house that has assumed the challenge of attending and of forming for this new railroad service. A demonstration and commitment that deserves all our recognition ”, according to the president of the Port Authority of Valencia, Aurelio Martínez, during the visit to the Railway Control Center of the Port of Valencia, together with the general director of the PAV, Francesc Sánchez and to the curator, José Martín Tur.

The Port of Valencia inaugurated its own Center of Railroad Control in the summer of the year 2018; a building raised in the south area of the port from which there is managed the traffic that there generate 9 railroad companies that have chosen to work with Valenciaport. It is a question of Acciona, Continental Rail, Logitren, LCR, Renfe, Haulage Rail, Transitia, Captrain and Transfesa.

At present, the port of Valencia registers an average of circulations of trains that is over 70 weekly units. It is a question of convoys that the port receives and sends with any destination or national origin; be already straight or with previous port call at the station of Source of San Luís, of Valencia.

In 2018, 3,626 trains entered / left at the Port of Valencia; 461 of which were direct connections between the origin / destination terminal and the point of arrival or departure from the corresponding Spanish territory.

The usual rail links of the Port of Valencia are those that link the port with Madrid, Bilbao, Zaragoza and Jundiz; points that coincide with the most important enclaves for the generation of cargoes with destination or origin Port of Valencia.

The average length of the trains that work with the Port of Valencia exceeds 500 meters; although, the APMT terminal has been regularly receiving compositions of more than 700 meters, especially those with destination / origin Madrid.

Others two terminals that are equipped for the trains reception are Terminal Valencia Europe (VTE) and CSP Iberian Terminal Valencia (member of the group CSP Spain). The first one of them is specializing in tráficos of rolled goods (Ro-Ro) and new vehicles; and shortly it will conclude the works of a silo for the manipulation of motorcars that will be provided with a 40.000 square meters surface. The second (CSP) has finished recently the transfer of its doors of access to the east to allow the arrival of trains 750 meters long, so much in Iberian route breadth as European, in an action financed jointly by the project CONNECT VALENCIAPORT, of the European Union.

The last year the railroad was the way of transport by which the load / discharge of 164.029 containers was managed in the Port of Valencia (almost 1,5 million Tonnes).