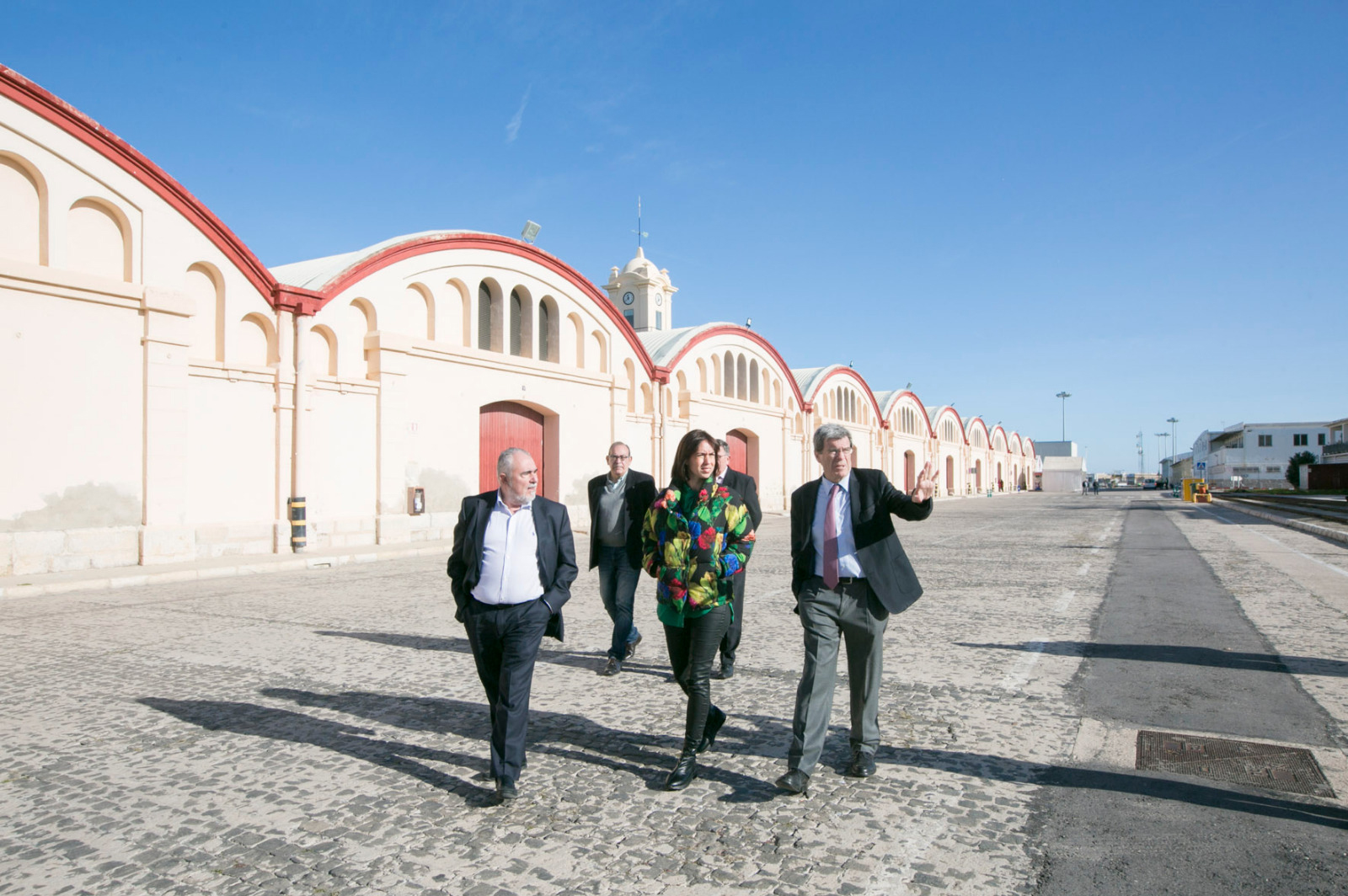 The Advisory Committee of the Port of Gandia for the port/city relationship met today by telematic means.

The contents of the competition of ideas planned for the integration of the non-commercial areas of the south quay have been defined.

Aurelio Martínez, President of the PAV and Diana Morant, Mayoress of Gandia, highlight the harmony of both institutions to work towards an eco-efficient and sustainable port.

This morning, the Advisory Committee of the port of Gandia, a body set up by the Port Authority of Valencia (PAV) in 2016 to promote territorial port-city integration, met telematically. The meeting was chaired by the mayoress of the town, Diana Morant, and the president of the PAV, Aurelio Martínez, who agreed on the good harmony between the two entities to work in a coordinated manner on an eco-efficient and sustainable port for the economic and social activity of the city.

Thus, the Committee has agreed, within the framework of the Delimitation of Port Spaces and Uses (DEUP), on the areas to be disaffected from the port for their subsequent transfer to the city council. Specifically, these areas are located on the north quay, the area in front of the yacht club and in the Venice district. In addition, progress has been made in the preparation of the basic contents for the ideas competition to integrate the spaces in the non-commercial area of the southern part of the Port and the area around the Tinglados Fruteros.

“The common objective is to give a strategic use to certain areas of the port area, integrating it as another part of the city which offers new opportunities from a social and economic point of view”, indicated Aurelio Martínez.

For her part, Diana Morant declared after the meeting that this measure will allow “the port to stop being an urban space closed to the general public. With this ideas competition we intend to provide other strategic uses open to everyone, such as fishing, gastronomy, crafts and culture, which can also become a tourist attraction”.