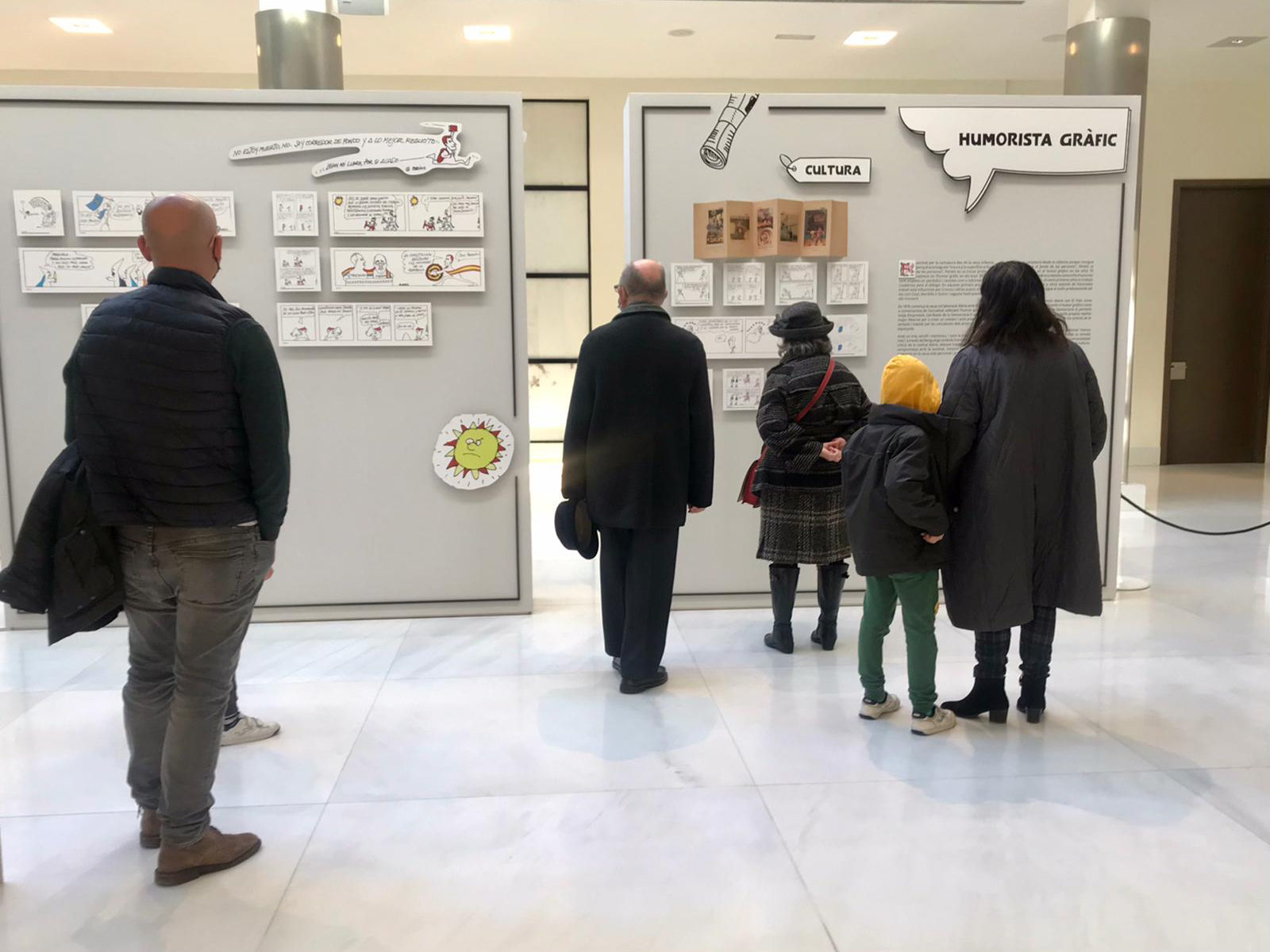 The ‘Casal del Port’ looks at the work of the renowned cartoonist and also makes visible his multifaceted figure as an architect, disseminator of culture and social entrepreneur.

Graphic ingenuity, architecture, writing, cultural dissemination and social entrepreneurship summarise the multifaceted career of José María Pérez, Peridis, who is the protagonist of the exhibition that puts the finishing touches to the cultural activity of 2020 in the Clock Building in the Port of Valencia and welcomes 2021 with good humour. This activity allows visitors to get to know the work of this leading figure in the field of vignettes, with more than 40 years of professional experience, as a vehicle for transmitting and disseminating cultural, environmental and social values

The exhibition, which was inaugurated last 17th December by the same protagonist and the President of the Port Authority of Valencia (PAV), Aurelio Martínez, is open to the public and can be visited free of charge until 31st January, every day between 11.00 and 18.00.

This is an initiative that was born from the collaboration between the PAV and the Quevedo Institute of the Arts of Humour of the Foundation of the University of Alcalá to highlight the work of this graphic humour genius.

Through more than 80 vignettes and illustrations, most of which were published in the newspaper ‘El País’, where the renowned cartoonist has been collaborating since the newspaper was founded in 1976, the artist’s career from its beginnings to the present day can be seen. In the centre of the exhibition is the column in which the former president Adolfo Suárez used to stand, and throughout the different illustrations we find José Luis Rodríguez Zapatero, Donald Trump, Mariano Rajoy or Pedro Sánchez, among other outstanding personalities.

In the same way, his projects as an architect and his collaboration in the dissemination and restoration of different buildings representative of our cultural heritage are shown. This is a look at the work of a multifaceted and committed person, in which he explains, also with audiovisual elements, both the creative process of his vignettes and his project of Employment and Social Entrepreneurship Shuttles or his work in cultural dissemination.

The ‘Casal del Port’ dresses up in graphic humour

In recent years, the PAV has recovered its role as the cultural centre of the Edificio del Reloj to bring the ‘Casal del Port’ closer to the public. This exhibition is a further step in the recognition of outstanding graphic humorists who have illustrated the Clock Building, which Peridis has compared to a place “in Florence or the Verona of Romeo and Juliet”.

The fact is that this benchmark for humour defends the pillars with which the APV identifies and which have been reflected in the different exhibitions held in this building in recent months. This is a project that enriches our way of seeing and understanding the world, and in previous editions it has highlighted the work of two other masters of humour, Ortifus and Forges, exhibitions that were very well received, with 10,500 and 12,000 visits respectively.