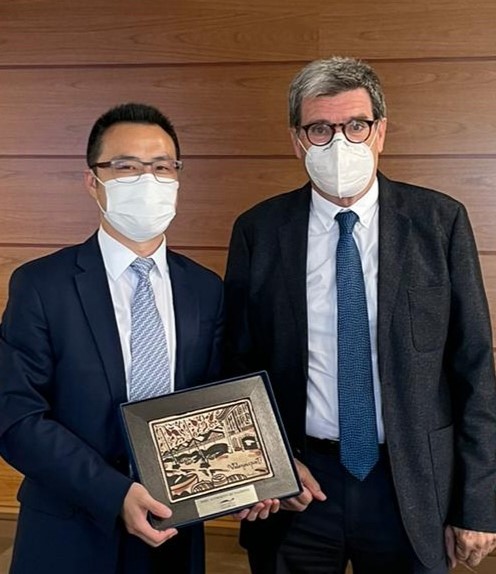 The managing director of COSCO SHIPPING Lines Spain, Wan Kun, visited the Port of Valencia where he held a meeting with the president of the Port Authority of Valencia, Aurelio Martínez

València, July 15th, 2021.- The managing director of COSCO SHIPPING Lines Spain, Wan Kun, has visited the facilities of the port of Valencia where he held a meeting with the president of the Port Authority of Valencia (PAV), Aurelio Martínez and his management team. Wan Kun, who was accompanied by the General Manager of COSCO SHIPPING Lines Spain, Albert Oñate and by the Director of the Valencia office, Javier Cubas, conveyed the company’s desire to strengthen ties and continue along the lines of cooperating and working together with COSCO SHIPPING Ports Spain to reinforce the company’s presence in the port of Valencia as a strategic enclave for international trade due to its position as a Mediterranean port hub. 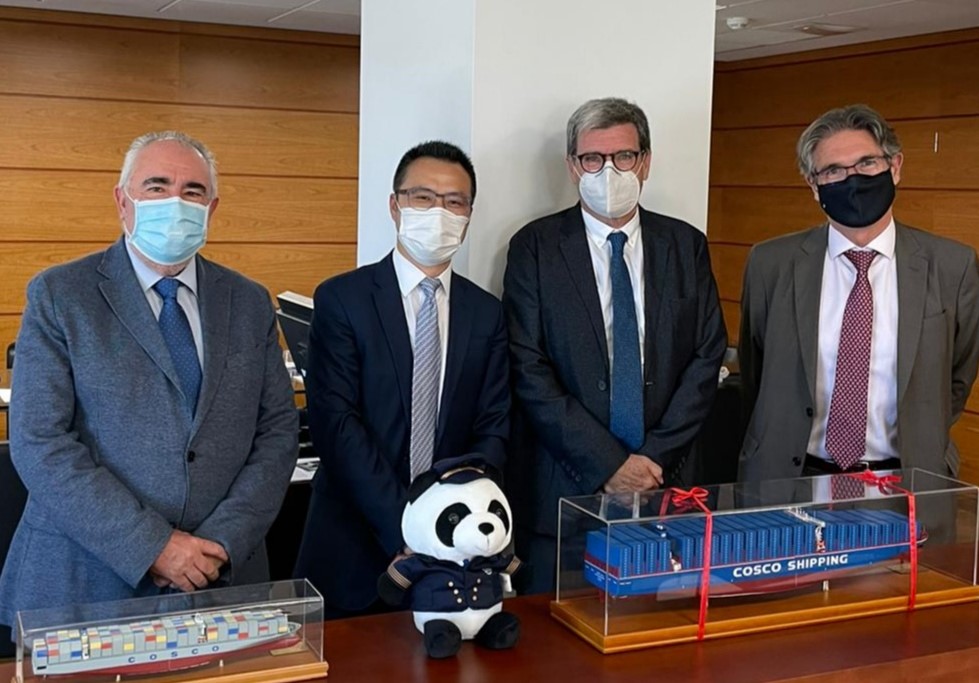 COSCO SHIPPING Lines and the PAV have highlighted the mutual commitment with the companies operating in the Port of Valencia to continue offering a competitive, efficient, innovative and high added value service to the activity of the port community and the companies in its hinterland, following the four basic pillars of its future strategy “Dual Brand” “Globalisation” “End2End” and “Digitalisation”.

In this line, they pointed out the commitment being made to improve the Valencia-Teruel-Zaragoza line, a key infrastructure in Spain for COSCO SHIPPING that guarantees the connection of the Zaragoza Plaza rail terminal with the two maritime terminals, located in the ports of Valencia and Bilbao, and reinforces the connectivity of the Cantabrian-Mediterranean Corridor. In fact, the new COSCO SHIPPING rail service linking the Port of Valencia with Zaragoza has recently been launched, with an initial frequency of three weekly rotations with a composition of 56 TEUs each.

COSCO SHIPPING Lines is present in 105 countries, provides direct coverage with 329 ports, offers 398 routes and has a fleet of 420 vessels of its own. It operates in the port of Valencia at the CSP Iberian Valencia Terminal, the largest container terminal in the Mediterranean, where it enjoys a strategic location that makes it a hub for the main maritime transport routes connecting Spain and Europe with other continents, as well as being a key point in the “One belt, one road” initiative, with which COSCO SHIPPING is aligned, which recovers the millenary Silk Road.