In the case of Gandía, a Royal Decree from 1884 authorised a Sinibaldo Gutiérrez to construct the first port buildings on this coastal site, and a few years later ownership was transferred to the British company “The Alcoy & Gandía Railway and Harbour Company Limited”, whose plan was to import the coal it needed for the textiles industries in Alcoy, and export agricultural products from the area to overseas markets.
In 1985, ensuing from Royal Decree 2100, the ports of Sagunto and Gandía were incorporated into the management framework of the Autonomous Port of Valencia, which later became the Port Authority of Valencia. 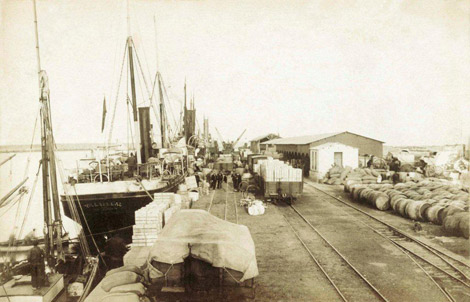 The Port of Gandía was planned by Rafael Yagüe on 30 April 1883 and the first stone was laid on 23 June 1886 Three years later ownership was transferred to “The Alcoy & Gandía Railway and Harbour Company Limited”. This company was responsible for extending the port and converted Gandía into the second largest fruit exporting port in Spain, reaching the amount of 250,000 Tm of fruit in 1934.
In 1946, after the Second World War, in view of the decline in port activities, the State declared the Port of Gandía to be “of general interest”, and bought it over on 21 October of that year. In 1961 it finally became the property of the Administrative Commission of the Ports of Valencia.
The Port Authority of Valencia (or prior to 1992 the “Autonomous Port of Valencia”) incorporated the Port of Gandía into its management framework in 1985, undertaking important improvements and expansions of the facilities and promoting the traffic of reel of paper and pulps, timber imports and local agricultural products. 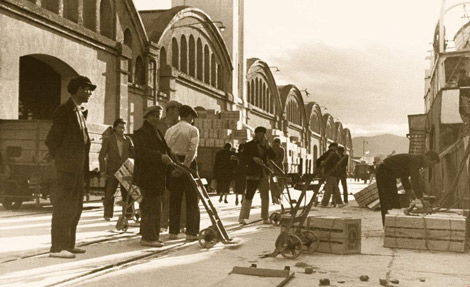