The development of the Port of Sagunto in the 20th century was closely linked to the steelmaking industry.​

The roots of maritime trade in Sagunto go back to Iberian days and the Roman Empire, as various archaeological remains testify to settlements at the port. The present Port of Sagunto goes back to 11 August 1902, when the mining company Compañía Minera de Sierra Menera was granted the right to build a landing stage on the beach of Sagunto for loading minerals from the mines of Ojos Negros and Setiles in Teruel province.

In 1985, ensuing from Royal Decree 2100, the Port of Sagunto was integrated within the administrative domain of the erstwhile Autonomous Port of Valencia, known today as the Port Authority of Valencia.

The history of the Port of Sagunto goes back to 1902 when the mining company Compañía Minera de Sierra Menera was granted the right to build a landing stage on the site, becoming closely involved in the development of activities in the steelmaking and metallurgical sector throughout the 20th century. 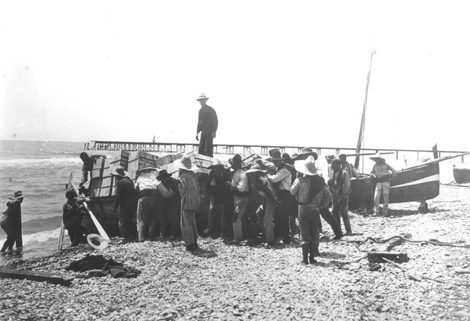 From the time it was founded, diverse extensions have been made to the operating area to cater for the increase in steel products traffic from companies such as Sierra Menera, Compañía Siderúrgica del Mediterráneo, Altos Hornos de Vizcaya and Altos Hornos del Mediterráneo and, more recently, to adapt to a wide variety of goods.

In 1985 the Port of Sagunto became part of the operative framework of the Autonomous Port of Valencia, which later became the Port Authority of Valencia.

The expansion of the Port of Sagunto, currently pending approval, complements expansion in Valencia. The Port aims to specialise in non-container traffic and is expected to play a fundamental role in four key areas:

The expansion of Port of Sagunto also includes plans for a Marina.​